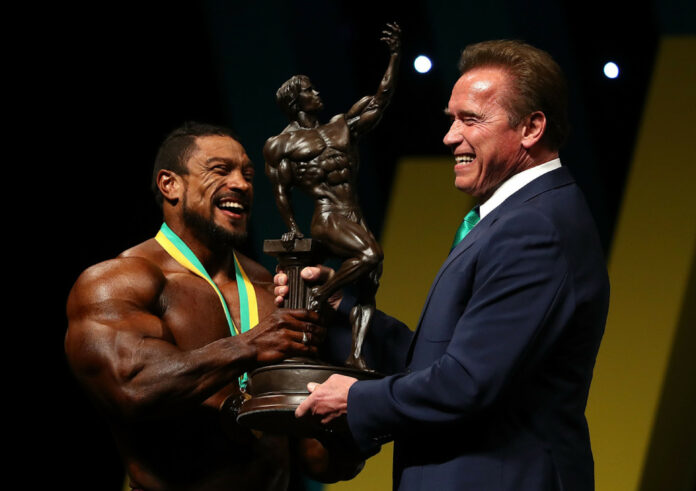 IFBB Pro Bodybuilder Roelly Winklaar is out of the 2021 Arnold Classic, scheduled to take place on Saturday, Sept. 25, in Columbus, OH. When this article was written, Winklaar’s name was not on the official competitor list as of Sept. 20. That same day, a source with the Arnold Sports Festival confirmed his withdrawal from the contest to IFBNewsfeed.Org. The reason for Winklaar’s absence is due to an undisclosed medical issue. The perennial contender is the third man to withdraw from the contest.

As of this writing, Winklaar has yet to address his withdrawal on his social media channels. The native of Curacao is qualified to compete in the 2021 Mr. Olympia contest in Orlando, FL, on the weekend of Oct. 7-10. There is no word on whether he will still compete in that contest or not.

On June 29, the Arnold Sports Festival announced that Winklaar and 2021 New York Pro winner Nick Walker joined the 2021 AC roster. On August 29, Winklaar confirmed his intention to compete over Instagram. With less than a week to go before the contest occurs, a replacement has not been announced.

Out of the 14 men invited to compete in the prestigious Arnold Classic, Winklaar is now the third to withdraw. 2017 Arnold Classic Champion Cedric McMillan removed himself from the lineup due to an existing injury. McMillan will, however, be in Columbus as an announcer for the webcast. French bodybuilder and 2016 San Marino Pro winner Lionel Beyeke also dropped out of the show due to COVID-19-related travel restrictions in his home country of France.

Winklaar is considered one of the more popular competitors in the sport, due in part to his phenomenal arm development. His bodybuilding career has strong ties to the Arnold Classic — he earned pro status at the 2009 Arnold Amateur contest. Then Winklaar went on to compete in the professional Arnold Classic USA contest five times. His highest career placing was fourth in 2018. The winner of that contest was William Bonac. That same season, he won the Arnold Classic Australia contest, which could be considered the most significant victory of his career.

Winklaar has won 11 contests overall in his career, with nine Mr. Olympia appearances. His highest O placing was third in 2018. The same year, he also won the inaugural “People’s Champion” award.

Coincidentally, Winklaar dropped out of the 2020 Arnold Classic to prepare for that year’s Olympia. Many fans had him pegged as a serious contender for the crown. Still, he also ended up missing that contest after testing positive for COVID-19 while traveling to the competition last December. Mamdouh “Big Ramy” Elssbiay won the 2020 Olympia.

So far in the 2021 season, Winklaar placed fifth in the Chicago Pro (won by Hunter Labrada) and second in the Europa Pro (won by Nathan DeAsha).

IFBNewsfeed.Org will update this article with the latest developments as they take place. 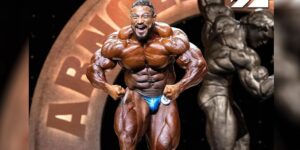 “Ronnie Coleman Didn’t Start Off Planning To Become One Of The...