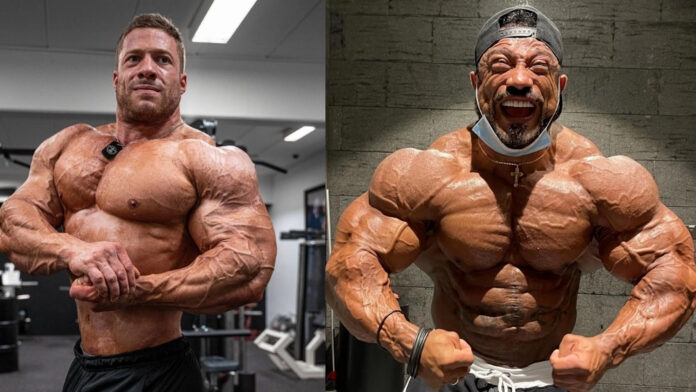 It doesn’t happen often, but the weekend of August 14-15 is bringing on a bodybuilding doubleheader. The 2021 Texas Pro will take place in the city of Irving on Saturday, August 14. Then, a day later, the Europa Pro will be held in Alicante, Spain. In total, four professional divisions will be featured on the stage, Men’s Open, 212, Classic Physique, and Men’s Physique. This seasoned lineup will have Men’s Open competitors battling for two Olympia qualifying spots.

Many fans will be paying close attention to the Men’s Open division because this contest has a rare distinction of having two Olympia qualification positions available. The winner and runner-up will move on to the 2021 Mr. Olympia in Orlando, FL, on Oct. 7-10. The 18 competitors are listed below.

If you’re one of the 18 guys posing in Spain this weekend, here’s the good news: Two of you are going to go to the big show. And the bad news: “The lineup is deep with talent and experience. Whoever does claim the two Olympia spots can rest their heads easily, knowing it was a hard-earned victory.  There will be no room for error when it comes to peaking for this competition. Here are a few of the favorites that should be in the mix to win the contest in Europe”.

Winklaar is coming off of a disappointing fifth-place finish at the 2021 Chicago Pro. He stated that he would compete at the Tampa Pro, but he ended up not competing in that contest, which Iain Valliere won. He is listed on the scorecards for this contest.

[Related: What to Know About Strength Training for Bodybuilders]

This show gives him a greater chance of qualifying for the Olympia, and it wouldn’t require as much traveling. Nonetheless, the people at the show will expect him to be ripped with those massive arms of his and an entertaining posing routine. The native of Curacao will be seeking redemption after his placing at the Chicago Pro and looking to best his third-place Olympia finish from 2018, so expect him to be fully prepared.

DeAsha is a former British Grand Prix winner and has placed as high as seventh at Mr. Olympia (2017), so facing competition like Winklaar is nothing new to him. This will be his first appearance on stage as a competitor since winning the Monsterzym Pro two years ago.

[Related: How Bodybuilders Cut Weight While Holding Onto Muscle]

After a year that included him dealing with legal issues in his home country of England, he is fully prepared to shift his focus back to bodybuilding. He is normally one of the leanest competitors onstage, and if he’s able to nail his peak, he and Winklaar could be vying for that top spot.

Budesheim surprised many fans with his appearance at the 2021 Mr. Big Evolution Pro in July, where he placed second to Andrea Presti. He has finished in the runner-up position twice in his career, and if he can match or surpass that at this contest, his prize would be making his Olympia debut this year. 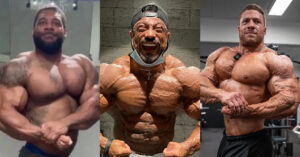