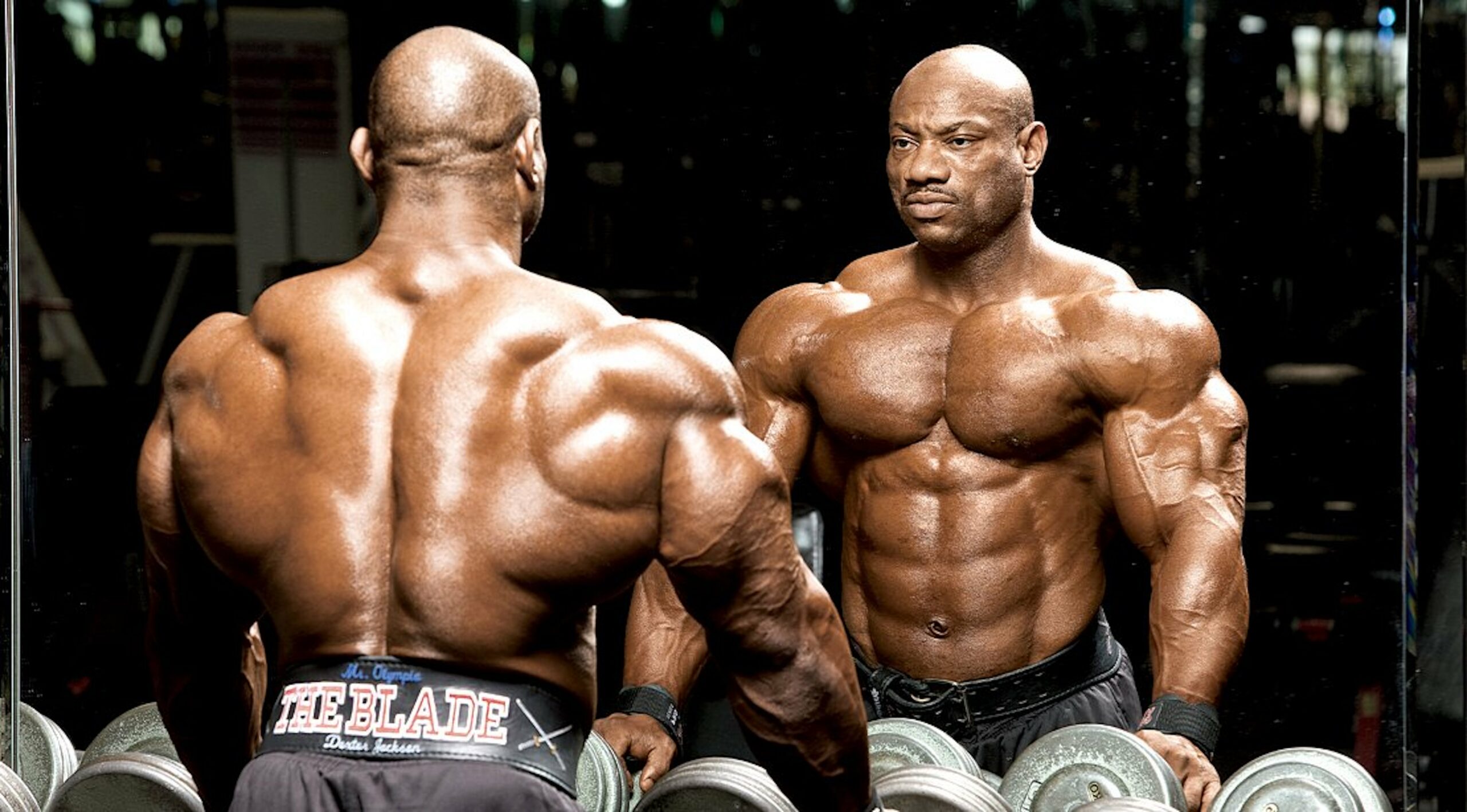 2008 Mr. Olympia Dexter “The Blade” Jackson has dropped 40 lbs just a few months following his retirement from the sport.

Few can live up to the legendary status of “The Blade” Dexter Jackson. He’s claimed more professional bodybuilding titles than anyone in history, winning the 2008 Mr. Olympia and Arnold Classic a record five times in the process.

In December 2020, the 51-year-old icon retired from the sport following his last Olympia of which he finished in ninth place. Just a few months later, and he’s downsized quite a bit, going from 265 to 225 lbs, he said in a recent social media post.

While he didn’t acknowledge his 40 lb weight drop in the caption of the following post, he did mention it in response to someone’s comment.

But “The Blade” is still looking jacked because he hasn’t stopped training and probably never will as he noted in the caption.

“Some things never change.. gym life till I die”

It makes total sense. He’s trained for more than three decades and has competed for just about as long. He’s definitely not giving it up anytime soon.

Jackson contemplated retiring from the sport after the 2019 Olympia but he didn’t want to call it quits just yet. Despite the very unexpected events that took place in 2020, he still competed, placing second at the Arnold Classic and then finishing off the year on the Olympia stage.

He’s also had to battle with Covid early this year experiencing serious symptoms and maybe this was even more reason to finally hang up his boots.

The Olympia will feel strange without him moving forward but he has nothing else to prove.

Facebook
Twitter
Pinterest
WhatsApp
Linkedin
ReddIt
Email
Previous articleThe Essence Of Proteins: How Protein Powder “Became A Essential Supplement For Athletes”
Next articleResearch: “The 25 Best High Protein Snacks You Can Have On The Go”

IFBNewsfeed.Org - May 13, 2022 0
More than a fundamental component to a complete workout routine, the best shoulder exercises for men bring you one step closer to that desirable V-shape. Indeed,...