The Calories In, Calories Out Concept Is “Tragically Flawed”, New Research Suggests 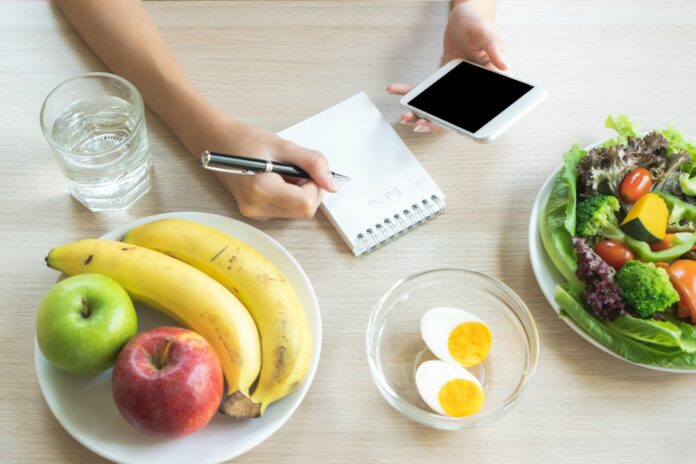 A new paper published in the American Journal of Clinical Nutrition offers an alternative model to the eat less-move-more message.

According to a 2018 report from the Centers for Disease Control and Prevention, about half of Americans are trying to lose weight at any one time. The majority say exercise and eating less are the primary means of their attempted weight loss. Sadly, a majority of individuals trying to lose weight will fail at their attempts, gaining all or more weight back over time.

Now, a new review of our understanding of weight gain indicates that people are not necessarily failing at diets, it’s the diet message of moving more and eating less that doomed their efforts from the start. Oversimplification of the calories-in-versus-calories-out message, the authors argue, has led to a nation where almost more than 1 in 3 adults (roughly 42%) are considered to have obesity and the numbers are only getting worse.

Hormonal changes are the primary driver of excess fat storage

The paper, published in the American Journal of Clinical Nutrition offers an alternative model to the eat-less-move-more message and argues that success in weight loss, as well as weight-loss maintenance, is more about what you eat and less about how much you eat.

Weight loss, the study found, is all about our hormonal response to certain macronutrients. Study authors include several of the most prominent nutrition scientists in the country.

The calories in, calories out concept is a ‘tragically flawed’ one

The authors found that when high glycemic index foods (which are carbohydrates that cause a rapid increase in blood sugar) are consumed, the body responds via two hormones. It increases insulin (a hormone used to direct sugar into the cells) and suppresses glucagon (a hormone used to release stored glucose when levels are too low). The combination of the two set up the stage for fat storage by telling our fat cells to store calories. This is due to a rapid rise and subsequent decline in blood sugar that occurs shortly after consuming the high GI food.

The brain senses that critical tissues are deprived of energy and in response sends a signal telling the body to eat more. Additionally, the body will do all it can to conserve the little energy it has and responds by slowing the metabolism.

Essentially, the energy-balance model promotes the continuation of rapid fat storage, increases hunger and cravings, and lowers overall metabolism. A dietary recipe for disaster. In addition to obesity, a rise in the risk of heart disease and Type 2 diabetes also occurs. Perhaps more significantly, however, the model suggests something that science does not support — that quantity of food is preferred over quality.

Best foods to eat for healthy hair, skin, and nails

Instead of focusing on the energy-balance model, the authors cite a shift of focus to a carbohydrate-insulin model instead.

As humans, we have different hormonal responses to different types of food. Reduced hunger and controlling the production of insulin are key for sustainable weight loss. The one macronutrient that has the most profound impact on insulin is carbohydrates. Lower-carbohydrate approaches have been found in studies to not only reduce appetite but to limit and control the responses of insulin, glucagon, and even leptin. It also has been found to be a sustainable approach to weight loss and an effective dietary pattern for Type 2 diabetes. This all occurs in the absence of counting calories or eating less.

How to change your diet to control your hormones

If you feel that you failed at diets in the past, perhaps consider the fact that the diet messages you were given were the true failure. Now is the time to change the approach to meet the body’s physiological needs. Here are a few baby steps to consider to get you started.

Unlike the high-GI carbohydrates detailed in the study, protein and fat have very little impact on blood sugar. Shifting your macronutrient composition to include more protein and fat will ultimately reduce insulin production by reducing blood sugar spikes.

There’s a reason why we can’t put down the potato chip bag but have no problem limiting our portion of a huge bowl of broccoli. Highly palatable foods lack nutrients and limit our ability to feel hunger. They are often in the form of traditional snack foods or can be found in fast foods as well. Limiting them is often the first step in transitioning to a more whole foods diet.

Excess sugar consumption has a huge impact on insulin levels and leads to increased cravings and hunger. If you feel the need for sweets, focus instead on fresh fruit, like apples and berries which have fiber to help slow down the blood sugar response. Also consider eliminating all added sugar sources, especially sugar-sweetened beverages, sugary cereals, and pastries.

Finding mindfulness in your relationship with food can also help. For example, when you feel hungry, ask yourself if you are truly hungry, or just bored, stressed, or distracted.

Studies show that getting less than seven hours of sleep on a regular basis can disrupt digestive enzymes, causing difficult-to-control hunger and cravings.

The science for the last few decades is perhaps finally catching up with the hypothesis presented in this article. Macronutrient distribution matters. This is especially true for those with metabolic disruption such as insulin resistance, fatty liver disease, and/or Type 2 diabetes. Lowering high GI carbohydrates has consistently demonstrated positive health outcomes and perhaps finally may be the answer to the nation’s obesity problem. 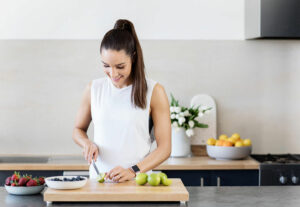 What Should You Eat Before A Workout “To Lose Weight And...

Pre-Workout Meal: What You Should “Eat Before a Workout”