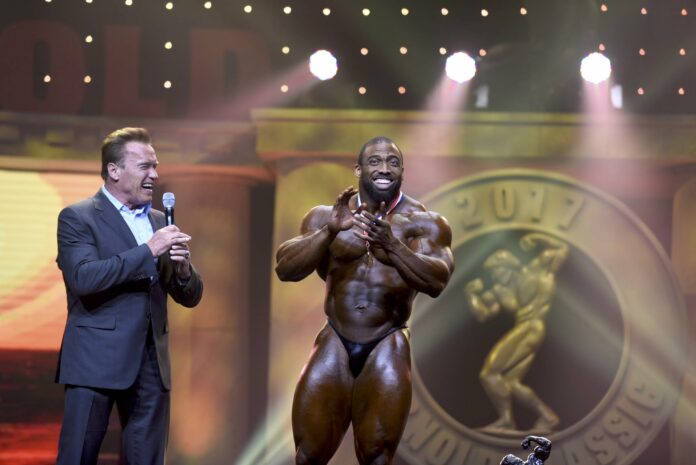 The Arnold Sports Festival has officially announced that the 2017 Arnold Classic Champion Cedric McMillan will not compete in the 2021 Arnold Classic, currently scheduled for Sept. 25 in Columbus, OH. It’s not yet clear if another competitor will take McMillan’s spot. The Arnold Sports Festival (ASF) released the news on Instagram on August 30, 2021. Cedric McMillan will still be a guest in Columbus, Ohio next month.

“We are saddened to report that Cedric McMillan has been forced to withdraw from the 2021 Arnold Classic due to injury,” the ASF wrote. “We wish Cedric well and can’t wait to see him back up on the Arnold Classic stage in the near future. Arnold Classic fans will be happy to know that Cedric will still be our special guest and will attend this year’s show in Columbus.”

“I Just wanted to let everybody know I won’t be able to compete at the Arnold this year as I’m still recovering,” McMillan wrote in a post made on his Instagram account. “I can’t wait to get back on that stage. But guess what, I will be there as part of the broadcast team! Hopefully, me and Arnold can call the show together — that would be an honor for me.”

In 2020, McMillan suffered a series of injuries — four dislocated fingers, a broken collarbone, hip, and ankle — after a biking accident. Those injuries kept him out of the 2020 Mr. Olympia contest that year, which Mamdouh “Big Ramy” Elssbiay won. McMillan hasn’t competed since he placed sixth at the 2020 Arnold Classic. William Bonac won that contest. McMillan has competed in every Arnold Classic since he made his AC debut in 2013. He has never placed outside the top six in any of his seven AC appearances.

McMillan’s last victory came when he won the 2019 Romania Pro. His absence from the Arnold Classic also means that he won’t qualify for the 2021 Mr. Olympia, scheduled to take place Oct. 7-10 in Orlando, FL. Based on what McMillan wrote about his recovery, his participation in that contest may have been unlikely as well. 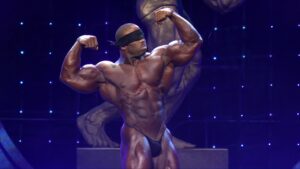 Thor “The Mountain” Bjornsson Shared a “Slideshow” Of His Terrifying Physique...