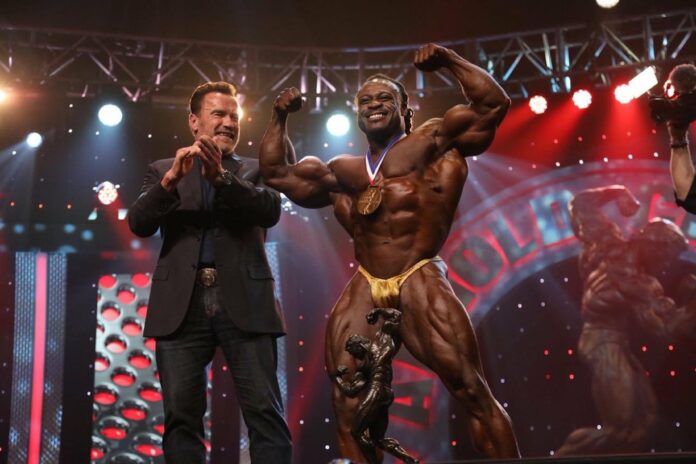 What to know about the event so far?

At this time, the location of the US Arnold Classic has not been confirmed to the public. Though rumors claim that the promoter’s event is eying Santa Monica, California as the best option. As of the time of this report, this will only include the Arnold Classic and Arnold Strongman events. The traditional expo will return in 2022.

It is also unclear if fan attendance will be permitted for the US Arnold Classic 2021. According to close sources, fans will be allowed to attend the event only if the hosting city deems it safe. As we have yet to receive a confirmed location – these details are still currently up in the air.

The US Arnold Classic and the entirety of the Arnold Sports Festival traditionally take place in the first half of March. But due to the ongoing globally pandemic situation, this was deemed not possible in 2021. It was unclear if the competition and festival would return at all this year – but this news comes as some form of relief. The Arnold Classic competition is undoubtedly one of the largest and biggest bodybuilding events of the year.

William Bonac received congratulations from Gov. Arnold Schwarzenegger, a check for $130,000, a Tony Nowak Official Champions Jacket, and the champion’s trophy from Natalie Eva Marie of Reign Total Body Fuel and Steve Slater of Rogue Fitness.Dexter Jackson, who won the Arnold Classic in 2005, 2006, 2008, 2013, and 2015, fell just short of claiming his sixth Arnold Classic crown. The Jacksonville, Fla., resident, who will retire after this year’s Mr. Olympia, has competed in Columbus a record 17 times. Jackson received $75,000 and a medal from Cryotech Nordic and Big Sports.

Mamdouh “Big Ramy” Elssbiay of Egypt finished third in his first Arnold Classic appearance. He received a check for $50,000 and a medal from Mount Carmel Health System and Jan Tana. He received an extra $10,000 for winning the inaugural Franco Columbu Most Muscular Award.

Stephen Kuclo of Dallas, Texas, finished a career-best fourth in his third appearance in Columbus. He received $30,000 and a medal from Ricart Automotive and Europa Sports.

Cedric McMillan of Heath Springs, S.C., finished sixth and received a medal and $10,000 from The Columbus Dispatch and Mount Carmel Health System. 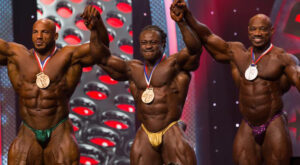