This “5-Minute Abs Workout” Will Torch Your Core In The Best Way Possible. Try It 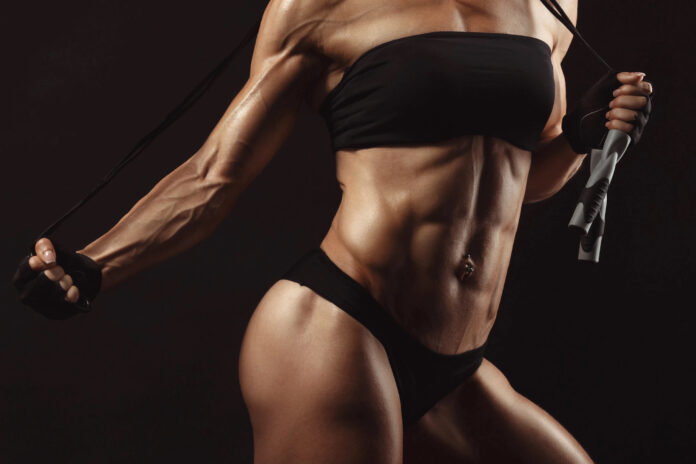 Of all the physical indicators of workout success, a strong set of abs might be the most coveted. Of course, that’s not to say that if you don’t have visible abs, you don’t have a strong core (whether you’ll see your abs tends to be influenced by your genetics, diet, and hormones too). Still, there’s something to be said for training your core that goes far beyond aesthetics, says Roxie Jones, CPT, and founder of BODYROX. All you need for a killer core is five minutes between Zoom meetings.

Jones notes that a strong core keeps your surrounding muscles safe, as well as protects your internal organs. “A strong core is key in preventing injuries, especially when you’re picking up heavy loads,” she notes. (Think: deadlifts or even just moving furniture!)

Strengthening the area might also help you move faster, and with more efficiency, in daily life. In one study of college-age male athletes, eight weeks of core training—which included planks, sit-ups, and other midsection movements—resulted in improved cardiovascular performance and better static balance.

That’s because your core is, quite literally, at the core of every movement you do. Those muscles help keep your spine and trunk in neutral alignment, which helps you more efficiently transfer loads (with your arms and legs) along your kinetic chain (which is just an anatomical term for the mechanics behind your body movement). So, it would make sense that the stronger your core is, the stronger movements that stem from it—even something as simple as walking—would be.

The best part of all? You don’t need to head to the gym to get a solid abs workout, says Jones, making it easy to bust out a quick burner in-between Zoom meetings at home or as soon as you wake up in the morning.

Ready to get started? Here, Jones lists her favorite core-tastic exercises, plus, a handful of other tactics for keeping your midsection strong.

Not a big fan of crunches? Well, you’re in luck: neither is Jones. “I didn’t include crunches and sit-ups in this workout because they don’t contribute to the two main purposes of the core,” explains Jones, noting those two purposes are to 1) prevent over-rotation of the spine in order to protect internal organs, and 2) prevent over-extending of the spine in order to stand upright.

Instead, Jones says that crunches and sit-ups might work against those goals. “In a crunch or sit-up, you’re bending the spine, which can increase the chance of injury in someone without a ton of training or who might not know how to brace or activate their core,” she says. “The exercises I selected either prevent rotation or improve stability.”

And while five minutes alone won’t transform your core, Jones says that’s not the main goal in mind. Rather, it’s about consistency. Aim to do these moves a few times per week for several weeks to start really reaping the benefit. (Or, better yet, allot five minutes daily to core work.)

What it works: core, lower back, arms, legs

Why it works: When it comes to killer core exercises, you probably can’t get much better than good ol’ planks. Up the ante with this variation that ignites all of the muscles in your core even more.

How to: Get into a high plank position, with shoulders stacked over wrists. (Put knees on the ground, if you prefer.) That’s your start position. Lift right hand, and lower down onto right forearm. Then repeat on the other side. Reverse the movement and return to start. That’s one rep. Repeat pattern for 50 seconds. Rest 10 seconds before moving on to the next move.

What it works: lower back (which is part of your core!), hamstrings, glutes

Why it works: While the front-facing muscles of the core tend to get all the glory, your lower back is truly the unsung hero of stability.

How to: Lie on your stomach with your arms overhead and legs fully extended while keeping your head relaxed and spine neutral by looking at the floor in front of you instead of up. Contract your core muscles to stabilize your spine, while simultaneously raising both your legs and arms a few inches off the ground, keeping your head and neck neutral. Hold at the top for 3 to 5 seconds. Gently lower yourself back to the starting position and repeat the pattern for 50 seconds. Rest 10 seconds before moving on to the next move.

What it works: external and internal obliques

Why it works: Side planks are major spine stabilizers, ensuring the sides of your core (your external and internal obliques) stay supportive.

How to: Lay on your side with your forearm flat on the floor, bottom elbow lined up directly under your shoulder and both legs extended out in a long line. Feet can either be staggered for more stability, or stacked for more of a challenge. (Drop your bottom knee for even more stability.) Engage your core and lift your hips off the floor, forming a straight line from your head to your feet. Hold for 25 seconds. Your top hand can be on side of hip (easier) or reaching up to the ceiling (harder). Switch sides and hold for 25 seconds. Rest for 10 seconds before moving on to the next move.

What it works: core, lower back, arms, legs

Why it works: Similar to planks, hollow body holds give you a major bang for your buck in terms of total-body muscle activation. Plus, they’ll help to ward off lower back injuries, too.

How to: Start lying on your back with your arms extended overhead (upper arms by your ears) on the floor and legs straight resting on the mat. At the same time, and with control, lift arms, head, shoulder blades, and legs off the floor. Hold for 20 seconds, then briefly rest in starting position for 5 to 10 seconds. Hold again for another 20 seconds, then rest for the duration of the minute. (If you can hold for the entire 50 seconds, that’s great, too—but don’t worry if you can’t. This move is tough!)

What it works: shoulders, core, back

Why it works: Although bear crawls (a plank variation) fire up the core and lower back, they also help to improve shoulder stability. (Just make sure to keep your back flat and shoulders down and away from your ears!)

How to: Get on all fours into a tabletop position with shoulders stacked over wrists and hips directly over knees. Engage your lats (the muscles on your back below your armpits that you’d feel if you gave yourself a hug) and maintain a neutral spine. Now, hover your knees slightly off the floor. Next, move your left hand and right knee slightly forward while keeping your hips parallel to the floor and maintaining a neutral spine. Then, do the same thing with your other hand and knee so that you meet back in a quadruped position. Repeat for the duration of the minute.

Other Tactics That Can Help Strengthen Your Core

Although five minutes worth of movement in your day is a solid start, abs exercises aren’t the only tactic in building a strong, supportive core, says Jones. Here are a few other strategies she offers clients when aiming to build core strength: 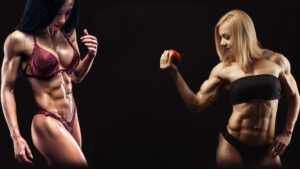 The “5 Best Strategies” To Build A Rounded-Hard Butt | International Fitness and Bodybuilding Newsfeed.Org

A Complete Guide To Finding A Workout Partner: “How To Find...

These Are The 5 Upper Back Moves To Help You Make...

The “5 Best Strategies” To Build A Rounded-Hard Butt

Here Are “The Best Home Dumbbell Workouts” You Can Definitely Perform