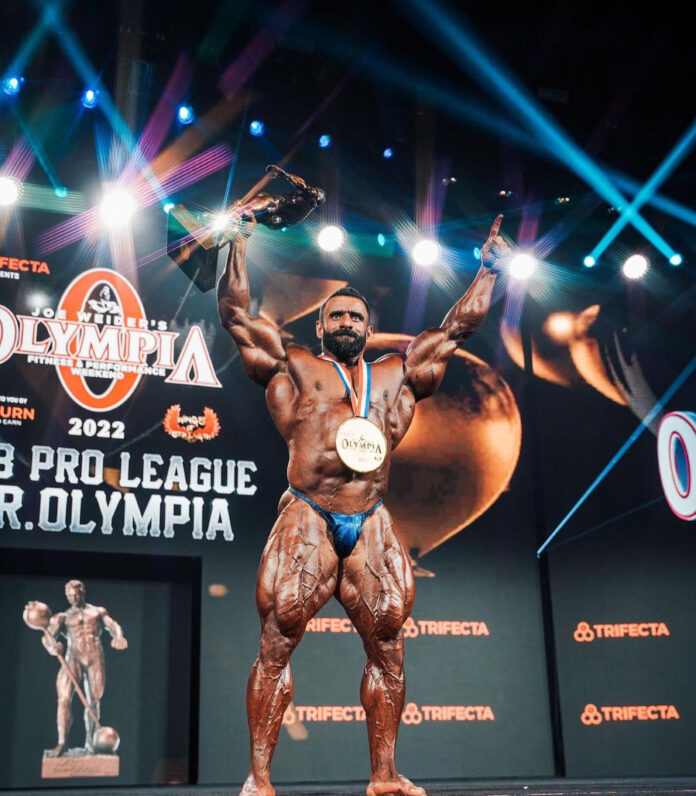 Starting as a threatening Men’s 212 competitor who had trouble making his way to the United States only a few years ago – Hadi Choopan has won 2022, Mr. Olympia. In what will be considered one of the most amazing journeys in modern bodybuilding history, Choopan has entered the small but elite list of Olympia champions.

The 2022 Mr. Olympia was hyped as one of the most impressive athlete lineups in recent memory. Some even note that it may be one of the most impressive in all of Olympia’s history. “Hadi Choopan was a bodybuilder who had always locked in the top 5 of the competition over the last three years. Despite this, many counted him out for 2022 due to the massive amount of talent knocking on the door”.

Instead of being knocked out of the top five, Hadi Choopan brought the best physique of his entire career, rose up above the new blood, and became the 2022 Mr. Olympia champion. His success is not only notable as a new champion – but as a bodybuilder who transitioned from Men’s 212. As proof that size and mass monster mega weight is not always what is necessary to earn the Sandow trophy.

Hadi Choopan Dedicates His Gold Medal To Women In Iran

After an emotional victory, Hadi Choopan was interviewed on stage by Bob Cicherillo, as is traditional for the Mr. Olympia champion. Choopan took the moment to shed light on the ongoing protests in Iran – dedicating his trophy to the women of his country.

Speaking in Farsi but translated by an on-stage translator, Hadi Choopan stated:

“I dedicate this medal to all the noble women of Iran and the people of Iran wherever they are and I hope… racism ceases to exist among us and that we can all be friends and be proud of each other no matter what country we’re from.”

In 2017, Hadi Choopan started making waves as a threatening competitor in the Men’s 212 division. Specifically, his battle against Flex Lewis at the Asia Grand Prix turned heads. Choopan lost but many believed that he should have won that competition. At this moment, his name filled every bodybuilding media outlet headline. He hasn’t faded since. If anything, he rose more and more in hype and fame up until this moment.

Fast forward to 2019. “Hadi Choopan was dead set on making his way into the Olympia competition. But visa issues have constantly plagued his journey into the United States to compete physically. He was unable to make it in the past – and it seemed 2019 would be no different”.

Instead, a last-minute victory was received. Choopan earned a visa and arrived in the United States only a few days before the Olympia competition. Not only that – but he was also set to shock the world in a different way. Instead of competing in the Men’s 212 division, he decided to compete in the Men’s Open.

At the time, it seemed insane. Many thought he would be demolished because of his smaller height and size. “Instead, he earned third place. It was a celebration in and of itself. Yes, he would have made more money by possibly winning the Men’s 212. But the respect he earned as a high-placing Men’s Open competitor was more valuable to him. Plus he had a plan”. This wasn’t a one-off choice. He would continue to compete in the Men’s Open for the rest of his career.

After 2019, Hadi Choopan would rock back and forth in place but always keep himself in the top 5. He became a real and expected threat. He was now one of the go-to pro bodybuilders in yearly predictions leading to the big show.

It all clicked this year in 2022. Despite having new threats in the form of Nick Walker and Derek Lunsford (another former Men’s 212 competitors), Choopan didn’t falter. He rose up and earned his victory. He is now in the pantheon of Mr. Olympia champions. 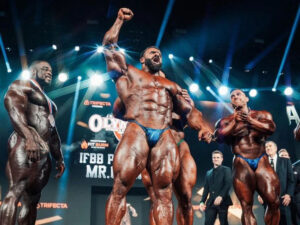 Generation Iron recently announced the release of Generation Iron Persia. While the film focuses on a wide array of Iranian pro bodybuilders – one of its featured athletes is Hadi Choopan. The film chronicles his 2019 journey to compete and earn his visa. But it also dives deep into how much his Persian culture is vital to his identity as a pro bodybuilder.

Iranian bodybuilders have been on the rise since the 80s. The middle east, in general, has been producing fantastic bodybuilders. Oxygen Gym has been considered the modern Mecca of bodybuilding.

With this victory, Hadi Choopan solidified the Iranian rise in bodybuilding. He represents the entire Middle Eastern region and the impressive bodybuilders who have fought hard to have a presence in the IFBB Pro league.

Hadi Choopan has constantly improved. He brought paper-thin conditioning back into focus for the Men’s Open division – after years and years of criticism for bloated guts and soft physiques. “He is now a leader of a pack of Men’s 212 athletes all transitioning into the Men’s Open division. He is proof that it’s possible to become a champion, not due to 300+ pound size, but with laser-focused aesthetics, conditioning, and fullness”.

Will we see Hadi Choopan as a repeat Olympia Champion? Only time will tell – but his consistency offers the promise of future victories. However, fellow Men’s 212 competitors (and champion) Derek Lunsford is literally nipping at his heels. With a second-place victory, Lunsford will surely challenge Choopan in 2023. We can’t wait to see that battle.

IFBNewsfeed.Org has been providing beat-by-beat coverage of the entire 2022 Mr. Olympia. You can see our full coverage of the big show right here. And make sure to stay tuned for more updates as we continue to cover the aftermath of this epic competition.