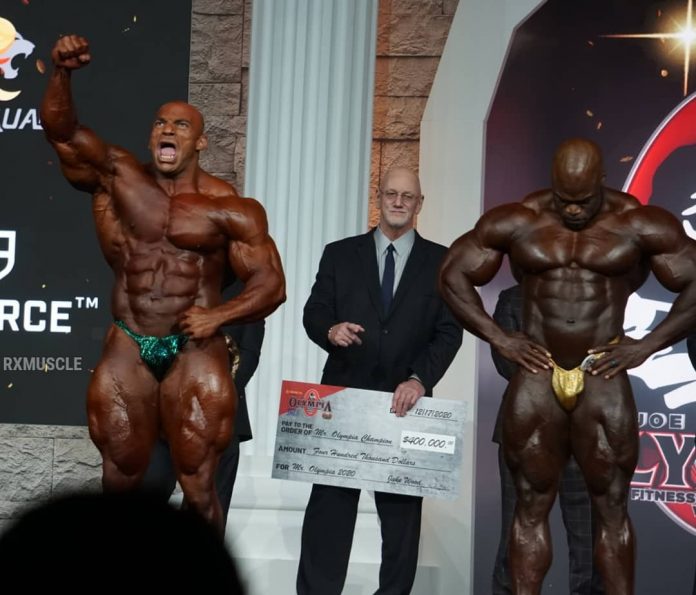 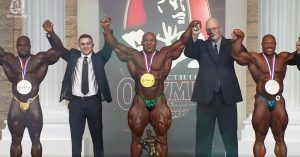 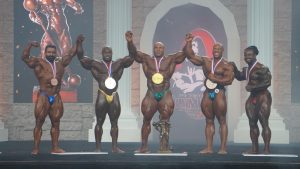 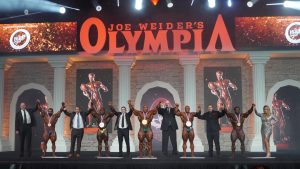 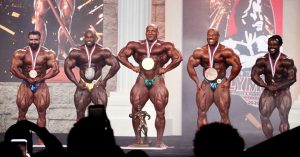 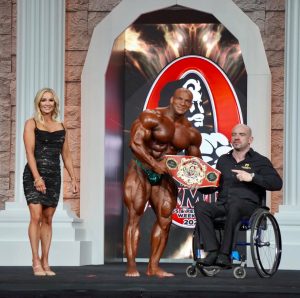 Big Ramy, who hails from Egypt, has competed in seven total Olympias, including this year’s show. His lowest placing was in his 2013 debut, where he got eighth. His highest placing, prior to 2020, was 2017. He got second in that show. Big Ramy was also awarded the People’s Champ Award — an award voted on by the fans — which debuted in 2018. With his 2020 win, Big Ramy is the only bodybuilder to win both Mr. Olympia and the People’s Champ Award.
Leading up to this year’s Olympia, the roster was in a state of flux. Cedric McMillan, Flex Lewis, and James Hollingshead all withdrew. Then, a week out from the big event, Roelly Winklaar tested positive for COVID-19 and had to withdraw to the disappointment of many fans. Yet, despite so many worthy contenders out of the lineup, the 2020 Olympia still delivered.
This marked Phil Heath’s first time on stage since 2018 when he was dethroned by Shawn Rhoden. Also, this was easily (and obviously) Big Ramy’s best package to date. At 290 pounds, Big Ramy managed to maintain a tight, ripped midsection and an overall level of conditioning that is rarely seen from a competitor of that size. Hadi Choopan and William Bonac also looked great and were able to take fourth and fifth place, respectively.
Notably, this was Dexter Jackson’s swan song. At the age of 51, and after four decades of competing, the 2008 Mr. Olympia came out to a standing ovation and performed a moving posing routine. He then gave a speech, thanking God, everyone at the IFBB and Olympia, and his fans — who he credits for the stunning length of his career.
With this O win, Big Ramy becomes the 16th man to win Mr. Olympia since the contest’s inception in 1965. And with that, the Superbowl of bodybuilding is in the books, and another champion is crowned. 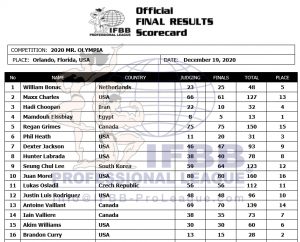