Who Is Going To Take Home “The trophy” Of The 2022 Arnold Classic? 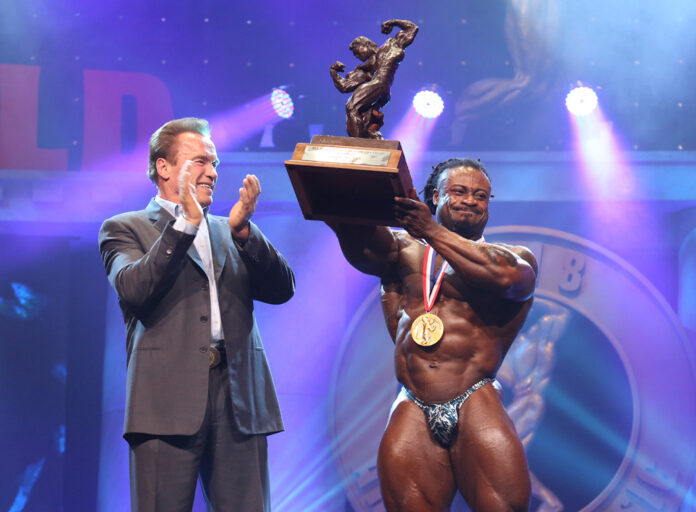 The 2022 Arnold Classic will be the 34th edition of the historic bodybuilding contest. It’s considered the second-highest honor a competitor could win in the sport — only the Mr. Olympia title is more prestigious. This year’s contest will be held over two nights for the first time in the contest’s history. Prejudging will take place on Friday, March 4, 2022, and Finals will be held on Saturday, March 5. Both rounds will be contested in the Battelle Grand Ballroom in the Greater Columbus Convention Center in Columbus, OH.

Nine of the IFBB Pro League’s best men’s Open competitors will go pose for a pose in this competition. Among those men are a former Mr. Olympia, who is also a former Arnold Classic winner, and a past champion. The full list is below in alphabetical order.

Below are five athletes on the roster to pay close attention to on competition day.

Brandon Curry is the 2019 Arnold Classic winner and the 2019 Mr. Olympia. He’s the third man to have won both titles in the same year — a feat he hopes to do this year as well. He would be the first bodybuilder to achieve that feat twice if successful.

The notable flaw in Curry’s physique was that his upper body overpowered his legs. However, he’s brought them up significantly over the last 18 months. He’s been training in Kuwait since late December with the focus on bringing them up even more and being as ripped as possible when he takes the stage at around 250 pounds. The man from Tennessee is the overwhelming favorite leading up to the show, and he’s confident that he’ll leave Ohio as a two-time champion.

“The Conqueror” is already a two-time winner of this contest, having won it in 2018 and 2020. He was unable to defend that title in 2021 due to travel issues. The rub for him in this show is that Curry is in the lineup, and he has placed ahead of Bonac the last four times they have faced off.

Bonac’s strength is the amount of dense muscle on his 5’6” frame. He has large legs and a small waist, which makes him appear even bigger. His last victory was at the 2020 Arnold Classic. He’s capable of becoming a three-time champion, and doing so would add him to a very short list of three-time winners that includes Dexter Jackson, Flex Wheeler, Kai Greene, and Jay Cutler.

Like McMillan, Kuclo has been in the pro ranks for quite some time. Since turning pro in 2011 at the NPC USA Championships, Kuclo has racked up five pro victories. His fifth win was at the 2019 Indy Pro. However, “Kingsnake” has yet to win one of the sport’s two major titles, the Arnold or the Olympia. He came the closest to winning the Arnold Classic in 2021 when he placed third behind champion Nick Walker and runner-up Iain Valliere.

Kuclo has competed at around 280 pounds in the past, but he’s reportedly focusing more on being as defined and conditioned as possible. If so, that look would be interesting to see against the likes of Curry and Bonac.

Canada’s Regan Grimes finished in 15th place at the 2021 Olympia in Orlando, FL. Before he left town, he hired former IFBB Pro bodybuilder Milos Sarcev as his coach. The dividends paid off immediately thanks to him winning the 2021 KO Pro show in Egypt to qualify for the 2022 Olympia.

Now, the duo has their sights set on the Arnold Classic, and Grimes wants to be the best-conditioned athlete on the stage. His target may be to hold every pose longer than the rest of the field, which can help him take home the title.

This lineup is deep with established competitors, but the X-factor of the show could be someone that isn’t as well-known. Brett Wilkin originally turned pro in 2018 as a Classic Physique competitor. He then made his pro debut in 2019 as a 212 division competitor. According to NPC News Online, his best result was sixth place at the 2019 Toronto Pro.

After taking 2020 off, he returned to the stage in 2021, but as a men’s Open competitor. He stunned the crowd at the Chicago Pro when he pushed Hunter Labrada for the win at that contest. Labrada would win the show, but Wilkin made his presence known and sent a clear message — he was coming.

Wilkin has said on various podcasts that he plans on being north of 250 pounds when he takes the stage in Columbus for the first time. This will be his first time competing against the likes of Curry and Bonac. Even if he doesn’t win, a high placing will earn him points on the Olympia Qualification System, which could help him make it to the Olympia should he not win a show this season.

For more information, tickets, and access to the 2022 Arnold Classic pay-per-view, go to www.arnoldsportsfestival.com.

Nine men hope to win one of bodybuilding’s most prestigious contests. 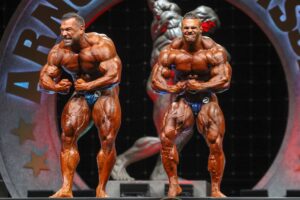