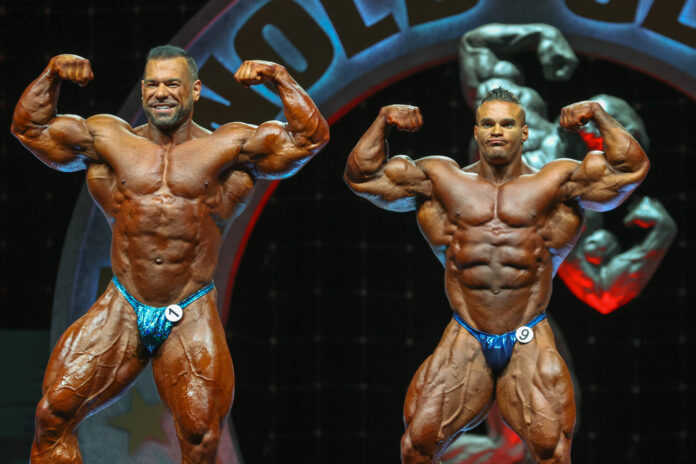 The Arnold Classic returned Saturday night after a six-month delay. The annual bodybuilding competition was postponed from its traditional March date this year because of the COVID-19 pandemic.

The 2021 event had a different feel for several reasons. The festival, which usually takes place over the course of an entire weekend, was condensed to a single day of competition with a total of $412,000 in prize money up for grabs.

A new men’s overall champion was guaranteed to be crowned even before the event started. William Bonac, who won in 2018 and 2020, announced Friday he was unable to make it to Columbus, Ohio, because of travel issues stemming from the pandemic.

Cedric McMillan, the 2016 champion, and Roelly Winklaar also weren’t in attendance because of injuries.

Those absences opened the door for some new blood. Iain Valliere had plenty of momentum coming into the Arnold Classic. The 26-year-old won the Tampa Pro and Texas Pro bodybuilding shows in August.

Even though it seemed like Valliere had the momentum coming into the event, there was an indication during the pre-judging that Nick Walker and Steve Kuclo were favored by the judges.

Walker and Kuclo squared off in the final round of pre-judging, with Valliere on standby.

Per Greg Merritt of Barbell.com, Walker is the youngest winner (27) of this event in 30 years.

Fans who will be curious to know how Walker would have fared against Bonac will likely get their answer very soon. Both men are currently scheduled to take part in the Mr. Olympia competition during the Olympia Fitness & Performance Weekend from Oct. 7-10.

The top four in the men’s classic physique during the afternoon competition were Alex Cambronero, Logan Franklin, Courage Opera, and Terrence Ruffin.

Cambronero, the 2020 winner in this event, was looking to become the first repeat champion in the classic physique since it was added to the rotation in 2018.

Instead, the judges chose Franklin for his first win at this event. He also won $10,000 as part of his prize package.

Franklin is the fourth different winner in the men’s classic physique in the past four years. He joins a group that includes Cambronero, George Patterson, and Breon Ansley.

The women’s fitness competition turned into another triumph for Missy Truscott. The American star beat out runner-up Oksana Grishina and Ariel Khadr to retain her crown.

Truscott’s win sets her up to potentially become the fourth woman in history to win Arnold Classic and Fitness Olympia titles in consecutive years. The three women currently in that group include Grishina, Adela Garcia, and Susie Curry. 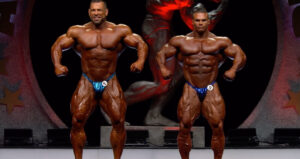