Why Former Governor Of California Arnold Schwarzenegger, 74, Is Ditching All “Weights” In His Workouts Session 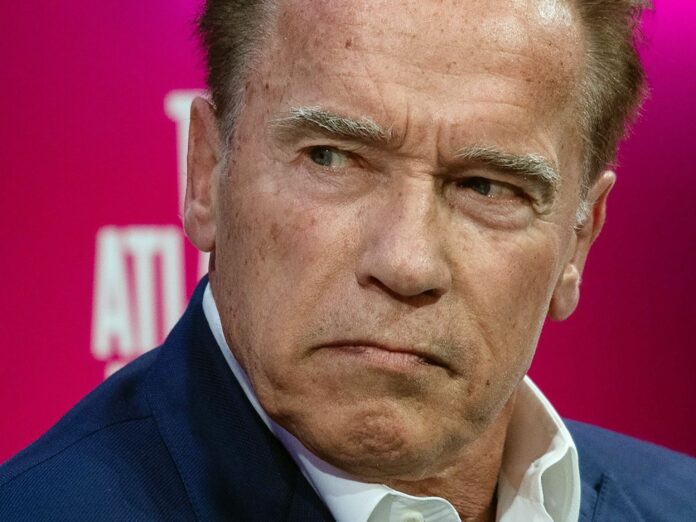 It’s no secret that our bodies change as we age. The activities we could do with ease in earlier days become more of a challenge, and we have to learn to adapt to this new reality.

Fortunately, you aren’t alone in this transition as even Arnold Schwarzenegger, now 74, has switched to using the best workout equipment for home, leaving free weights training behind.

The Terminator star revealed the changes to his exercise routine in his October newsletter. Each month, the former Governor of California rounds up his latest adventures and answers fan questions.

Schwarzenegger acknowledged his switch to weights machines in response to a reader who asked, “How has aging affected you physically and mentally?”

He commented, “I’ve chosen to adapt to my age, make my workouts a little bit different, and focused on staying lean and avoiding injury. This is why I’ve moved away from free weights and stick to the workout machines.”

It seems a surprising revelation for the seven-time Mr. Olympia. Still, it shows that you don’t have to be lifting the heaviest weights or achieve personal best deadlifts to keep in shape, particularly as you get older.

Weights machines are a great way to work specific muscles while also avoiding injury. The machine supports you should you need to drop the weight, which makes them ideal when working out alone.

The question also got the actor and bodybuilder in a reflective mood, leading him to ponder that “none of us can beat time. So you can either mope around and be mad about it, or you can adapt.”

Ever the motivator, he ended, “I still workout, because luckily, I’m addicted to training… even though my body won’t react the way it did 50 years ago, I can maintain as much as I can and it brings me great joy.”

The takeaway is that it’s okay to change along with your body, adapting to each day as it comes. The important thing is to stay safe and avoid injury while working toward your fitness goals.

If you’ve been looking to burn fat and tone up simultaneously, researchers have found that lifting weights is better than cardio for weight loss as it increases our resting metabolic rate to burn more energy at rest.

This means that some of the best exercise machines to lose weight, like a multi-gym, can help you build lean muscle as they give you access to strength training options for supported workouts.

“Physically, you just have to accept reality and do the best you can,” shared the seven-time Mr. Olympia

After retiring from bodybuilding, Schwarzenegger gained worldwide fame as a Hollywood action film star. Having previously appeared in the bodybuilding documentary Pumping Iron (1977), his breakthrough film was the sword-and-sorcery epic Conan the Barbarian (1982), a box-office hit that resulted in a sequel in 1984.[4] He then appeared as the title character in the critically and commercially successful sci-fi film The Terminator (1984) and subsequently played similar characters in the sequels Terminator 2: Judgment Day (1991), Terminator 3: Rise of the Machines (2003), Terminator Genisys (2015), and Terminator: Dark Fate (2019). He also starred in other successful action films such as Commando (1985), The Running Man (1987), Predator (1987), Total Recall (1990), and True Lies (1994), in addition to comedy films such as Twins (1988), Kindergarten Cop (1990), Junior (1994), and Jingle All the Way (1996), and one mixed action/thriller-based comedy, Red Heat (1988).[5] He is the founder of the film production company Oak Productions.[6]

As a Republican candidate, Schwarzenegger was first elected on October 7, 2003, in a special recall election to replace then-Governor Gray Davis. He received 48.6% of the vote, 17 points ahead of Democrat runner-up Cruz Bustamante. He was sworn in on November 17 to serve the remainder of Davis’ term and was re-elected in the 2006 California gubernatorial election with an increased vote share of 55.9% to serve a full term as governor.[7] In 2011, he reached his term limit as Governor and returned to acting.

Schwarzenegger was nicknamed the “Austrian Oak” in his bodybuilding days, “Arnie” or “Schwarzy” during his acting career,[8] and “The Governator” (a portmanteau of “Governor” and “Terminator”) during his political career. He married Maria Shriver, a niece of President John F. Kennedy, in 1986. They separated in 2011 after he admitted to having fathered a child with their housemaid in 1997, and their divorce was finalized in 2017.[9] 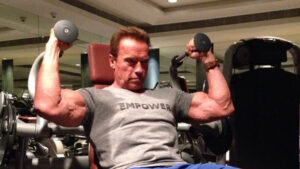