4x Mr. Olympia Champion Jay Cutler “To Be Inducted” Into The International Sports Hall Of Fame 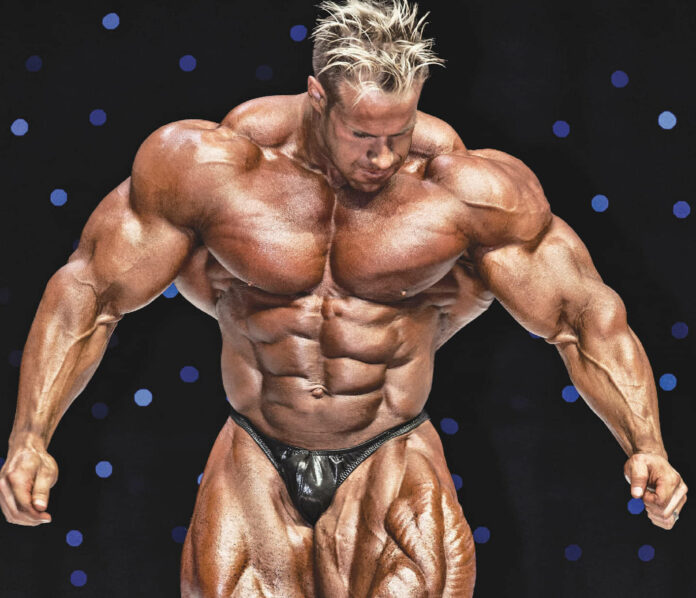 On Sept. 12, 2021, International Sports Hall of Fame Chairman Dr. Robert Goldman announced the inductees for the International Sports Hall of Fame (ISHOF) Class of 2021 on his personal Facebook page. Among those on the list is four-time Mr. Olympia Jay Cutler. The full list of this year’s inductees is below. The former Mr. Olympia is in the Class of 2021.

Jay Cutler isn’t the first bodybuilder to be inducted into this Hall of Fame. Previous inductees include Mr. Olympia winners Arnold Schwarzenegger, Franco Columbu, Lee Haney, and Ronnie Coleman. The ISHOF is a Nonprofit organization started by Goldman to honor the world’s greatest athletes across all sports. As of this writing, Jay Cutler has yet to make a statement about his forthcoming induction.

Jay Cutler, who was born and raised in Massachusetts, began training for bodybuilding at the age of 18. He earned his IFBB pro card by winning the Heavyweight division of the 1996 NPC Nationals. Two years later, the young up-and-comer made his professional debut at the 1998 Night of Champions; he placed 12th overall. A year after that showing, he stepped on stage at the 1999 Mr. Olympia — the most prestigious show in bodybuilding — and placed 15th out of 16.

Jay Cutler returned to the Night of Champions in 2000 and earned his first pro win. His rise to prominence began at the 2001 Mr. Olympia contest, where he was runner-up to champion Ronnie Coleman. Many fans, experts, and even fellow competitors felt Cutler should’ve won that contest.

The 5’10” bodybuilder won three Arnold Classic titles from 2002 to 2004 but was still unable to dethrone Coleman at the Olympia. After placing second to the champion in 2003, 2004, and 2005, Cutler finally defeated Coleman to win his first Mr. Olympia championship in 2006.

He would win again in 2007 but lose the title in 2008 to Dexter Jackson. The 2009 Olympia is one of Cutler’s finest moments. Known for his legs, Cutler stepped forward on stage, shook his massive quads — which are his “best” body part — and stomped his foot to the stage to reveal a series of striations and cuts. To date, the image of Cutler’s quad stomp is one of the most famous bodybuilding photos captured.

Jay Cutler became the first man to regain the Olympia title after losing it in competition. (Arnold Schwarzenegger and Franco Columbo also won non-consecutive championships, but they never lost the title, only relinquished it.) After winning his fourth Sandow Trophy in 2010, he placed second to Phil Heath in 2011. This made Cutler the only man in history to place in the top two at the Olympia over 10 years.

After returning from a biceps’ tear in 2012, Jay Cutler competed for the last time in 2013 at the Olympia. He placed sixth and then retired from the sport at the age of 40 with 15 professional victories. He served as the Honorary Olympia Ambassador in 2019. Cutler currently owns his supplement line, Cutler Nutrition, and runs a YouTube channel and a podcast.

Aside from his success onstage, Cutler is known for his business sense. Many people in the world of strength sports, including four-time World’s Strongest Man Brian Shaw and Nick Walker, credit Cutler as a blueprint for their own success. He’s also considered by many to be one of the most popular competitors in bodybuilding history.

Cutler and the other inductees will be presented and honored at the 2021 Olympia Weekend in Orlando, Florida on Saturday, Oct. 9. Goldman will serve as the host of the event. 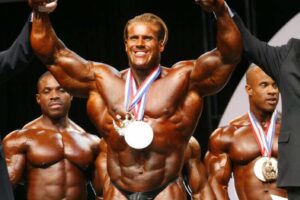 […] 4x Mr. Olympia Champion Jay Cutler “To Be Inducted” Into The International Sports Hall Of Fame […]