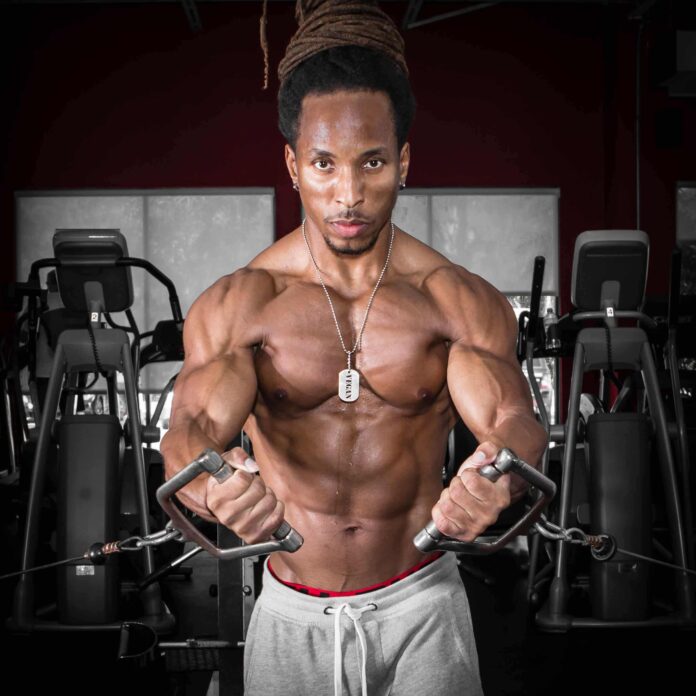 Veganism, the sometimes-controversial philosophy of consuming only plant-based products, is often maligned for being too low in protein, which many non-vegans tend to find through meat, eggs, and dairy.

But the bodybuilder Torre Washington is living proof that it’s possible to build and maintain an impressive physique without eating animal products. He’s been vegan since 1998.

But don’t call it a diet — to Washington, it’s much more than that.

“I don’t use the word diet. I’m not here to die — I’m here to thrive. It’s a lifestyle,” he told Insider in an interview.

There seems to be a perpetually present myth involving the necessity of meat in a bodybuilder’s diet. This isn’t necessarily untrue, meats and dairy products are a good source of protein – which you need to build muscle. However, there are other sources of proteins that can be applied to a vegan bodybuilder’s diet.

It’s definitely not impossible, however, it is a lot more difficult. It requires that you get to know the kind of foods you need to eat in order to build up your muscles. If you have been a vegan for a while, then you’re probably already familiar with foods that are high in protein and carbohydrates – which you’ll need for building up lean muscle. If that’s the case then you shouldn’t have a problem incorporating your vegan lifestyle for bodybuilding.

Just because Vegans abstain from eating animals or animal byproducts, doesn’t mean that the foods that they eat are 100% healthy. You can be a vegan and still be eating chemically processed foods that are just generally bad for your body. In theory, a vegan can indulge in foods like chips, candies, and all sorts of desserts just like anyone else.

It’s best to keep your diet as healthy as possible, which requires one to stay away from the aforementioned sweets and junk food. This is something you’re probably already familiar with if you’re a vegan, but much like the belief people have about meat and bodybuilding, people also tend to believe that being a vegan means that everything you eat is healthy.

How much an individual needs to eat per day is very important when it comes to establishing lean muscle mass. Some people may struggle with this – depending on what kind of diet they had previously. However, many vegans find themselves struggling even more because the foods that they consume are often lower in calories than what most regular bodybuilders consume.

The number of calories that you need to consume per day is based on your BMR. You can use this calculator to calculate that specific amount. However, the basics involve multiplying your body weight per pound by a set amount of calories.

There is one called the rule of 10 (or eleven) – which requires that you multiply your body weight per pound by 10/11 calories. That’s about 2000-2200 calories per day. Again, if you want a number that is personalized for you, you can try out one of the calorie intake calculators available online.

As for vegan bodybuilders, it’s often suggested to consume around 15-20 calories per pound, depending on the kind of gains you want to be making. “How much muscle you are building will decide whether you need more or fewer calories. If you’re not making enough gains, increase your caloric intake”. If you’re making a lot, then you can maintain your current level of caloric intake – or even increase it by a little.

As mentioned, it’s a bit more difficult to eat the number of calories you need as a vegan. Also, because the food that vegans eat tends to be high in fiber, they’re a lot more difficult to digest, which makes them fuller for much longer periods of time. The suggested meal frequency for most bodybuilders is around 5-6 meals a day. Spaced apart by at least 2-3 hours.

Eating this often means that the meals that they eat are a lot smaller – which would be a lot easier on the stomach and can prevent bloating and other uncomfortable side-effects that come with having such a high-calorie diet. There are even some vegan bodybuilders that eat upwards to 8 meals per day, all for the sake of getting the nutrients that they need to keep their bodies capable of building and maintaining muscles. 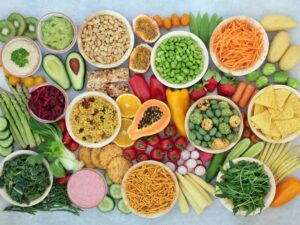 The nutritional requirement of a vegan bodybuilder is not any different from what a regular bodybuilder eats. The amount of macronutrients that your body needs is still the same, it’s just the foods that you will be sourcing those nutrients from will be different. Something a lot of people do is track their proteins, carbohydrates, and fats intake.

Which can be done with the use of a macro calculator. The one most commonly used is called, the IIFYM calculator. This will track the number of macros you need to consume per day, a number that is based on your current body constitution as well as your future body goals.

Just like regular bodybuilders, vegan bodybuilders should try to aim for at least 1.0 – 1.5 grams of protein per pound of body weight. For example, if you are 200 lbs, then you can divide your protein intake between 5-6 meals which should be around 33.3 – 40 grams of protein per meal. This much can be difficult depending on the foods that you are sourcing your protein from, which is why most bodybuilders prefer to eat more frequently throughout the day rather than the regular 3 meals per day.

A lot of vegans source their protein from soy products, but some may also eat rice protein or hemp. If you are really struggling to get the number of proteins you need per day, there should be vegan-friendly protein supplements available that can help you fulfill those requirements.

Here are some popular sources of vegan-diet-friendly protein:

Another nutrient that is required for building up muscle is carbohydrates. This is something that is a little easier to handle – at least in comparison to proteins. As most vegan diets are already based on organic ingredients, which are often high in fiber. This is something that is recommended for bodybuilders as complex carbs provide longer-lasting sources of energy – as they are more difficult to digest.

Eating large amounts of carbohydrates will raise your caloric intake, which would require the addition of cardio to your workout routines – as cardio works best for burning calories.

Once again, there isn’t a difference between the amount of fats that a regular bodybuilder needs from a vegan one. The only difference is the foods that you source the fats from. If you want to build up muscle, at least ⅓ of your caloric intake should be made out of fats. You can start off with 30% of what you eat being fats, and see how it affects your gains. Popular sources of fats for vegan bodybuilders are nuts.

Despite what some people may assume, vegan bodybuilders, do exist. “Veganism cannot stop someone from achieving their body goals. Of course, it’s much more difficult than what most bodybuilders generally have to go through, but bodybuilding is not meant to be easy”. It’s a journey that requires effort and a lot of work.

The main thing you will have to remember is that there really is no difference between what you need to consume as far as nutrients go. So long as you are basing it on fine. The difference lies in where you source said nutrients from – which you hopefully have gotten to know by now.

You’ll also have to remember that what bodybuilders eat during the off-season is different from what they eat right before a competition. Most bodybuilders promote very strict dieting procedures before bodybuilding competitions, going as far as to cut down on their carb intake to keep themselves lean.

A diet is fluid, and it can be changed depending on your own needs. “So long as you understand that, then you’ll be just fine. Having a healthy diet plan is the best decision you can make as a vegan bodybuilder. You’ll find that not much will change unless you are giving your body the nutrients that it needs”. You can even hire someone to set up a nutrition plan for you so that you can get started right away. 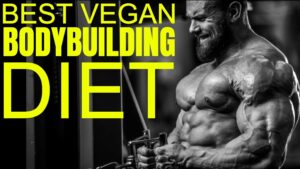 Here Are “The 11 Ways Your Body Is Telling You That...