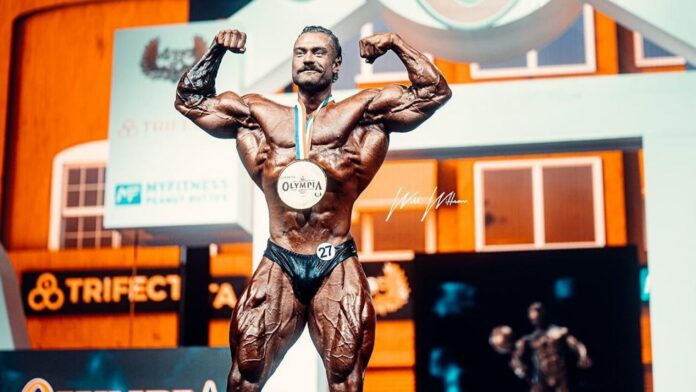 Ultimately, none of the other 29 bodybuilders could match the combination of size and conditioning Bumstead brought to the stage. The Canadian scored his third consecutive Olympia title and became the first-ever to win the Classic Physique Olympia three times.

The first callout saw the expected top three from years’ past — Ruffin, Ansley, and Bumstead. However, they were joined by Urs Kalecinski, making his Olympia debut at 23 years of age.

Only the top five were given the opportunity to perform their posing routines. It was the entire first callout with the addition of Queiroz. Each competitor’s routine put the awe in the voices of the broadcast team, referring to Ruffin’s routine as “art.”

The Olympia has been somewhat unpredictable this year. Many returning champions were anticipated to have successful defenses on the Olympia stage and lived up to expectations. That was the case with now five-time Figure Olympia champion Cydney Gillon and now two-time Ms. Olympia champion Andrea Shaw.

However, there were also surprises, including Derek Lunsford dethroning Shaun Clarida in the 212 Division and Whitney Jones reclaiming the Fitness Olympia championship. Here are the results thus far:

Mr. Olympia pre-judging seemed to immediately narrow down to a final two — 2020 Mr. Olympia Mamdouh “Big Ramy” Elssbiay and 2019 Mr. Olympia Brandon Curry. Other impressive physiques that stood out in the rest of the field were Nick Walker and Hadi Choopan.

Olympia Weekend runs from Oct. 7-10, with the pro competitions taking place on the eighth and ninth. The Mr. Olympia finals will wrap on Saturday. Here’s the complete competition schedule: 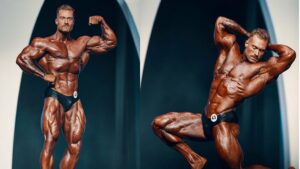 IFBB Indy Professional 2022 Results. We Have A New Champion: “IFBB...