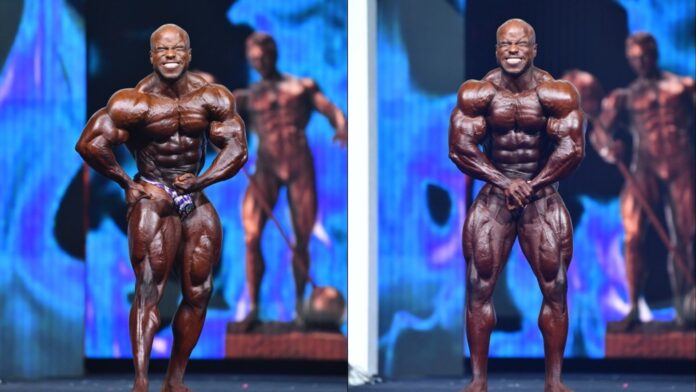 On Oct. 18, 2021, the IFBB Pro League released the Men’s Open lineup for the 2021 Legion Sports Festival contest, taking place on Sunday, Oct. 24, in Reno, Nevada. One of the names on the roster is the 2020 Olympia 212 Champion, Shaun Clarida. This will be the first contest Clarida competes in as an Open competitor. The “Giant Killer” Shaun Clarida is moving on up to compete with the heavyweights of bodybuilding at the 2021 Legion Sports Festival.

Shaun Clarida won the 2020 212 Olympia and is coming off of a second-place finish against Derek Lunsford at the 2021 212 O. In January of 2021, Shaun Clarida told IFBNewsfeed.Org that he intends to move up a division before he retires, though he never specified when.

On Oct. 19, 2021, Clarida shared an Instagram post confirming that he will be competing in the Men’s Open division. He also made clear that he will remain in the 212 division after this show.

The Legion Sports Festival confirmed Clarida’s entry in the comment section of an Instagram post sharing the official Men’s Open roster. Clarida will face a handful of top competitors, including 2017 Arnold Classic Champion Cedric McMillan, Sergio Oliva Jr., Patrick Moore, and Maxx Charles. In total, there are 17 men in the Open lineup. There will not be a 212 division contest taking place at this event.

According to NPC News Online, Clarida had never competed outside the 212 division since earning his pro card in 2012. He has won five pro shows in his career within the 212 division, including the Legion Sports Festival 212 title in 2018. He is also the 2018 New York Pro 212 winner. His most significant victory is the Olympia 212 title that he won in December of 2020 in Orlando, FL.

This isn’t the first time that a 212 competitor has faced the men in the Open. In 2017, Guy Cisternino entered both the Arnold Australia and Arnold South America contests. He finished fifth in the former and seventh in the latter. Jose Raymond joined the Sacramento Pro Open lineup in 2010, and he placed second to Richard Jackson.

At 5’2″, Clarida will be shorter and lighter than his opponents. Should Clarida win the Legion Sports Fest, he will qualify for the 2022 Mr. Olympia as an Open competitor. As a former 212 Olympia winner, he has lifetime qualifications for that contest in that specific division.

The implications of Clarida’s move are immense. Before Clarida, seven-time 212 Olympia champion Flex Lewis announced his intention to move up to Men’s Open after relinquishing his throne in 2018. Lewis took all of 2019 off to prepare but withdrew from the 2020 contest due to an undisclosed injury. Then, Lewis said he was forgoing the 2021 Olympia to focus on having another child with his wife.

If Clarida wins and qualifies, he will be one of, if not the most high-profile 212 competitors to move up to the Open. (Note: Clarida can’t compete in both divisions at the Olympia.) And if he qualifies for the 2022 Olympia, he’ll be on track to becoming the first-ever champ-champ in bodybuilding’s history. 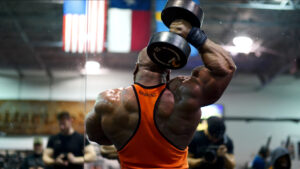