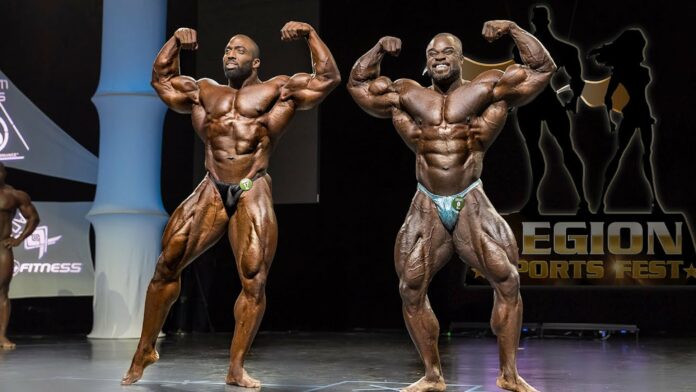 The world’s top athletes are again expected in 2021 to battle for the top spots in front of head judge and NPC and IFBB Pro League Vice President Tyler Manion. The IFBB Pro Legion is now a Tier 3 Olympia Qualifier, meaning it awards pros more points than most IFBB Pro shows. This year, the 2021 Arnold Classic is scheduled for September 25, Mr. Olympia is October 10, and the Legion is October 24; this means top pros will spend a month battling for placings at the “Big Three” IFBB Pro League contests. Many Olympia stars have competed on Center Podium stages like Brandon Curry, Cedric McMillian, Nathan De Asha, Danny Hester, and current Olympians Shaun Clarida and Missy Truscott. Missy has already confirmed that she will be defending her Legion win this year.

This weekend-long bodybuilding event begins on Friday, October 22, 2021, with the world’s biggest IFBB Pro Legion Masters Contest. The event features a $20,250 cash purse across every division and class, including:

The second night is the Legion Sports Fest NPC National Qualifier, with over 250 athletes expected.

The grand finale on Sunday, October 24, will be the IFBB Pro Open Championship with a $37,500 cash purse, featuring the following divisions:

“I spent years in the trenches, shoulder to should with many of these guys both on the stage and in Gold’s Gym Venice. This is the show we’d always talk about wishing we had. I wanted to create something we felt was ours and was worthy of the physiques on the stage. Well, guys, we did it!” said Chris Minnes, founder/owner of Legion Sports Fest and Center Podium productions.

“It’s not just a Bodybuilding and fitness event; it’s an athletic event, a true sports fest,” said Mark Anthony, the first-ever Men’s Physique Mr. Olympia.
Deals/Vendors/Free Samples – Over 200 vendors will provide major deals and specials during the expo. It’s a chance to speak face-to-face with top fitness companies in the industry, something you can’t experience online. It’s also an excellent opportunity to sample the latest fitness supplements and see new fitness technology to incorporate into your routines.

No COVID-19 Restrictions –
The production company behind Legion Sports Fest, Center Podium Productions, has produced six NPC/IFBB Pro fitness competition events without any new coronavirus cases during the pandemic. These events include the NPC Mother Lode and Legion Sports Fest in Reno, NV, the NPC Dexter Jackson Classic in Jacksonville, Florida, the NPC Tahoe Show in Squaw Valley, CA, and the IFBB Pro League Russia Pro Qualifier in Moscow, Russia. However, for the 2021 Legion Sports Fest, there are no Covid restrictions in place at this time.

The official media partner is NPC News Online. Chief photographer J.M. Manion will be at the Legion with the NPC News Online crew providing exclusive content.

With 16,200 top-notch accommodations nearby, ranging from AAA Four Diamond resorts to boutique hotels, your rooming options are plentiful, and the rates are affordable.

The Reno-Sparks Convention Center provides the amenities of a first-tier city with small-town hospitality.
For more information, visit www.VisitRenoTahoe.com.

High-resolution images and video can be downloaded by visiting www.LegionSportsFest.com/media 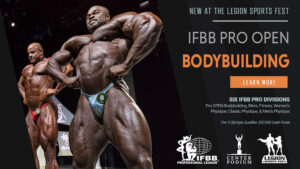 The Benefits Of Weightlifting: Lifting Weights A Few Times A Week...