Researchers show why strength training should be at the top of your anti-obesity to-do list. The study suggested and recommended anyone hitting the gym to fight against obesity and depression. Weight lifting is the key medication for obesity, diabetes, and depression.

The benefits of strength training are almost too numerous to name. For starters, stronger muscles mean stronger bones, stronger and more flexible joints, better balance, and—yes—a leaner figure. “As you gain muscle, your body begins to burn calories more easily, making it easier to control your weight,” explains the folks at the American Cancer Society. After all, having less muscle means your body will have less mitochondria, the tiny energy burners in your cells, which will result in a weakened metabolism. Now, a new study published in the June issue of PLOS Medicine reveals how weight training as little as twice-per-week can benefit your body (and, specifically, your waistline) for the long-term. Read on for more about what the researchers discovered. And for some great routines to try, don’t miss This Killer Lean-Body Exercise Trick for People Over 40.

1. The Connection Between Lifting Weights and Obesity

“Although many people know that aerobic exercises like brisk walking or jogging can help prevent obesity, it is not clear whether resistance exercises can also help prevent obesity,” write the study authors (emphasis ours), led by a team from Iowa State University. “This study was conducted to determine the relationship between resistance exercise and the risk of developing obesity, even after accounting for participation in aerobic exercise.” 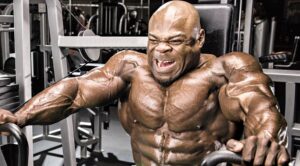 Put simply, the study sought to figure out how effective weight training was alone—independent of aerobic exercises—as a preventative measure against obesity. To conduct their study, the researchers relied on data for more than 15,000 individuals between the ages of 18 and 89 who had participated in the Aerobics Center Longitudinal Study (ACLS), which tracked the lifestyle habits, exercise habits, weight, personal medical history, and other biomarkers for people from 1987 to 2005. “Participants were asked if they were ‘currently involved in a muscle strengthening program,’ and if so, they reported their average frequency (days/week) and duration (minutes) of [weight training] at baseline,” explains the study. And for more great exercise advice, don’t miss the One Secret Exercise Trick That’s So Easy You Won’t Believe it Works.

2. Here’s What They Discovered

Boiling it down, the researchers discovered that people who weight train several times per week were at “20-30 percent” less risk of becoming obese later on. The study notes that the link between weightlifting and obesity was “consistent among various subgroups,” which include both genders and participants of all ages. Compared with no resistance training at all, those who lifted for 1 to 2 hours per week enjoyed the “lowest risk of developing obesity”—“suggesting that additional amounts of [weightlifting] might not be necessary to help prevent obesity.”

The study notes that the current activity guideline recommendations of engaging in weight training on 2 days per week—as noted here by the CDC—are entirely sound and accurate. And for some great ways to make any exercise more fun, check out The Secret Tricks for Making Exercise Less Miserable, Say Experts.

3. What’s Unique About This Study

It notes that their criteria for measuring obesity are more “nuanced” than other studies, as it doesn’t rely entirely on simply BMI, or body-mass index, as the sole data point. The researchers also factored in their actual waist size and their body-fat percentage. In doing so, they discovered that, for instance, exercisers who lifted weights a lot—roughly 3 hours a week, or 5 days a week—did not have a reduced risk of obesity “as defined by BMI.” “However, these same high amounts of [resistance training] were significantly associated with a reduced risk of obesity defined by [waist circumference] or [body fat percentage].”

In other words, BMI alone isn’t the best measure of obesity—which is something obesity researchers have lamented in the past. “The main flaw [with using BMI as a marker of obesity is because] it’s an indirect measure of body fat that doesn’t take into account important details about age, sex, bone structure, and fat distribution,” explains this helpful article by Vox. “[BMI is] just two numbers: weight divided by height squared.”

4. Are You Ready Start Weight Training? 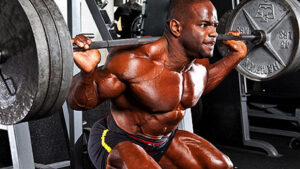 The 10 Best Exercises “to Tone Every Inch of Your Body”

15 Strategies for “Staying Energized” in a Lockdown