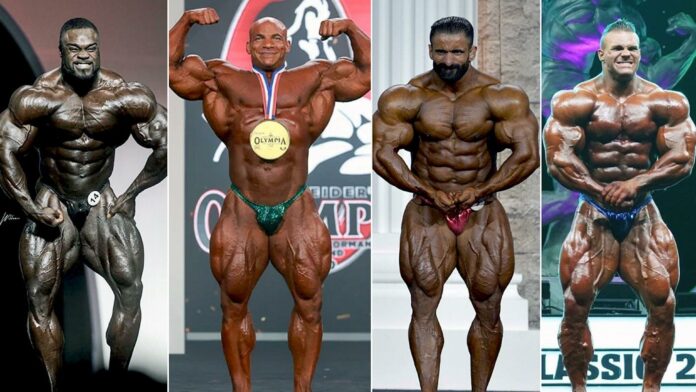 The 2021 Olympia will take place this weekend in Orlando. This is the biggest competition of the year and many of the top bodybuilders in the world will be on stage competing. Here is a breakdown and predictions in the Men’s Open division at the 2021 Olympia.

The list is impressive despite some big names being unable to compete in the event. Nathan De Asha is coming off a victory at the Arnold Classic UK but will be forced to miss the Olympia because of legal issues impacting his visa. Vlad Suhokuchro will also be absent because of travel issues. Other competitors such as Phil Heath and Dexter Jackson have also announced that they will not be competing.

This does not mean that the competition will be a bust — quite the opposite. The lineup is elite and you can find the entire list below, along with a breakdown and predictions for Men’s Open.

Justin Rodriguez has been improving each time he steps on stage and this includes a fourth-place finish at the Arnold Classic. Now, he will have a chance to see how he matches up with some other elite competitors. Rodriguez is a dark-horse heading into this competition and could crack the top six if all goes right.

According to his father and legendary bodybuilding Lee Labrada, Hunter Labrada is destined to win an Olympia in his career. That will not be this year but he has a victory in the Chicago Pro this year. Labrada is just scratching the surface of his potential and this could be a stepping stone moving forward.

Iain Valliere appeared at the 2020 Olympia and finished seventh. He has a chance to move up a spot and be a first callout competitor at this year’s event. It has been a strong year for Valliere. He took home titles in the Tampa Pro and Texas Pro on back-to-back weekends. He put on a show at the Arnold Classic and took home second place. Judges like Valliere and he could continue to strengthen his resume with a good performance this weekend.

It was a controversial victory for Brandon Curry at the 2019 Olympia. After being defeated last year, Curry knows the improvements that need to be made and he highlighted them during training. Curry can prove that his victory was not a fluke and that he is still an elite competitor in the sport. He is continuing to improve and that can be shown on stage this year.

It is official. William Bonac will be present at the Olympia after missing the Arnold Classic. He was the reigning champion of the event and was unable to defend his title. Now, Bonac has been able to put all of his energy into the most-important competition of the year. Just being back on stage should be enough motivation for Bonac and he certainly looks the part. He is one of the best competitors in the world and will show it this weekend.

Nick Walker has the New York Pro checked off his list and added the Arnold Classic this year. He has won the two biggest competitions outside of the Olympia and could make it three-for-three in Orlando. While Walker might not win the show, he is a first callout competitor that will put on a show. Walker has a great size and has top-notch conditioning. Walker is a relatively new name to bodybuilding and has already made a huge impact as a pro.

It is all lined up for Hadi Choopan to finish near the top of the Olympia once again. He was able to arrive early this year and that means there was plenty of time to prepare. Choopan has been working with Hany Rambod and seems to be in incredible shape. Choopan has not competed since last year’s Olympia and qualified this year with a fourth-place finish. In 2019, Choopan finished third so he has experience near the top. This year, he has a chance to set a new best placing and challenge for a title.

Olympia champions have gone on streaks dating back to the days of Arnold Schwarzenegger. There has not been a repeat winner since 2017 when Phil Heath won his seventh-straight title. This is what Big Ramy can achieve this year and he has to be considered the favorite. If he comes in looking as shredded as last year, Big Ramy will be difficult to beat. There are some who believe that it is already in the bag. He has shown off his incredible physique leading up to the event and it looks like he is going to be in his best shape trying to win his second-straight Olympia. 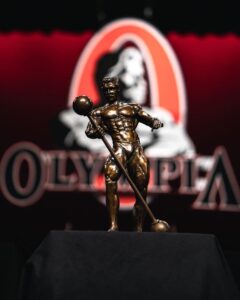