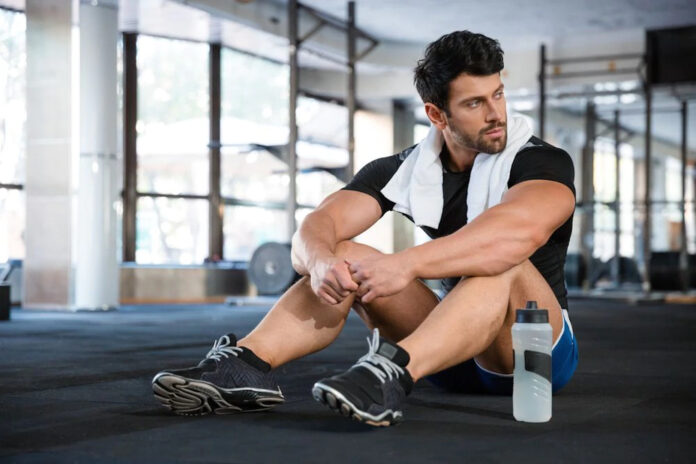 A new study shows, in humans, mice, and flies, that elevated plasma levels and a diet rich in the amino acid proline cause a more severe state of depression.

Amino acids are monomers that are the building blocks of protein. When a person consumes food containing protein, the protein is broken down into amino acids by the digestive system. To carry out bodily functions, the body then combines the amino acids in different ways. There are 20 different amino acids, of which 9 are considered essential amino acids because they cannot be made by the body and must come from food.

Newly released research confirms the link between a certain amino acid called proline and depression. “Proline is a nonessential amino acid and is found in grass-fed beef, pasture-raised chicken, gelatin, bone broth, organ meats like liver, and cage-free egg yolks”. According to the study, a diet rich in proline is linked to an increased risk of depression.

Researchers from Girona Biomedical Research Institute (IDIBGI) and Pompeu Fabra University (UPF) in Barcelona, Spain, have discovered the role of an amino acid in depression in humans, mice, and flies. It is proline, an amino acid found in a broad range of foods such as gelatin, grass-fed beef, and wild-caught fish. The findings, published in the scientific journal Cell Metabolism, also link a proline-rich diet to an increased risk of developing depression.

Dr. José Manuel Fernández-Real and Dr. Jordi Mayneris-Perxachs from the IDIBGI and CIBEROBN research groups on Nutrition, Eumetabolism, and Health led the study, as did Dr. Rafael Maldonado from the Pompeu Fabra University Neuropharmacology-Neurophar research group, which is affiliated with the Hospital de la Mar Medical Research Institute (IMIM).

To reach these conclusions, on the one hand, the type and amount of amino acids in the diet of the participants were analyzed. Participants also completed a questionnaire to measure their depressive mood. “We were surprised that what was most associated with depression, evaluated through this questionnaire, was the consumption of proline,” says Dr. Fernández-Real, of the IDIBGI, and also head of the Endocrinology Section at Hospital Dr. Josep Trueta in Girona and director of the Department of Medical Sciences at the University of Girona. Confirming this, when plasma metabolomics was evaluated, the concentration of proline emerged as one of the metabolites most associated with indicators of depression.

Proline levels, depending on the microbiota

But not everyone who had a high intake of proline was more depressed. When studying these people’s intestinal microbiota, a relationship was also observed between depression and bacteria, as well as between depression and bacterial genes associated with proline metabolism. Thus, it was observed that circulating proline levels depended on the microbiota. “The microbiota of patients with high proline consumption but low plasma levels of proline was similar to the microbiota associated with low levels of depression and was enriched in bacterial genes involved in the transport and metabolism of proline”, states Dr. Mayneris-Perxachs, a Miguel Servet researcher at the IDIBGI.

To find out if the presence of proline was a cause or a consequence of depressive mood, participants’ microbiota was transplanted into mice. The rodents that became more depressed had received the microbiota of participants with high proline, or more depressed subjects. Different genes associated with the transport of proline were also found in the brains of these mice. “The possibility of transferring the depression phenotype from humans to mice through microbiota transplantation and the demonstration that such transplantation generates alterations in proline transport reveals that this proline may be associated causally with depression”, explains Dr. Maldonado, of UPF.

Another confirmatory experiment was carried out using fruit flies (Drosophila melanogaster), in which a more depressive mood can be induced. The researchers isolated two types of bacteria from the microbiota associated with proline consumption and added them to the flies’ sterilized feed. Flies that ingested food with Lactobacillus, which in mice was associated with less depression, showed they were more willing to overcome difficulties they faced afterward. In contrast, those that ingested Enterobacter, which is associated with depression in humans, were much more depressed.

Finally, the same experiment was performed on genetically modified flies to eliminate the channels that carry proline to the brain. In this case, the proline was unable to reach the brain, and the flies proved to be highly resilient to depression.

The importance of proline in future treatments

“These results demonstrate the importance of proline and its influence on people’s depressive mood, which so far had not been taken into account,” highlights Dr. Fernández-Real. The study also opens the way for new studies to find possible diet-based treatments for depression.

This study has also enjoyed the collaboration of researchers from the FISABIO Foundation, the Lleida Biomedical Research Institute (IRBLleida), and the Institute for Integrative Systems Biology (I2SysBio) of the University of Valencia and the CSIC. 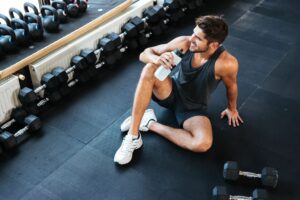 Cheat Meals: “How Often Should You Cheat Your Meal”? Eat Your Favorite Foods And Still Stay Lean, Ripped, And Shredded

Is Caffeine Far Way Better Than “Pre-Workouts Supplements” To Boost Your Energy And Crush...

IFBNewsfeed.Org - December 1, 2022 0
When your brain is on point, so is your body, then you'll be ready to crush your training sessions painlessly. In addition to giving...

What “Type Of Ingredients And Nutritional Information” Should You Be Looking For In A...

IFBNewsfeed.Org - November 28, 2022 0
Summer is here, and many of us are itching to get back outside to walk, run, and play our way back into a fitness...

Research: “The 25 Best High Protein Snacks You Can Have On...

Longevity: “Those Are The Best Supplements For A Longer Life”, According...

The Best “3 Ways To Make Your Weight Loss Resolution Stick”...