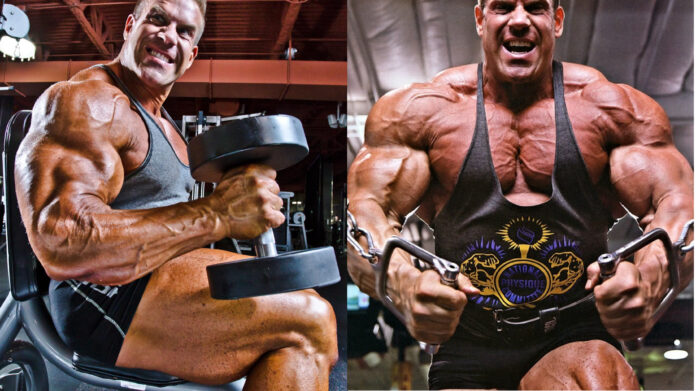 Almost a decade into his retirement (2013), bodybuilding great Jay Cutler remains a prominent voice in the strength sports sphere. At the time of this writing, the four-time Mr. Olympia Champion (2006-2007, 2009-2010) maintains a YouTube channel with 546,000 subscribers and has over 4.2 million followers on his Instagram profile. With these sizable platforms, Cutler strives to share some of the knowledge he gained from his accomplished career.

A recent YouTube video posted to Cutler’s channel on June 12, 2022, exemplifies how the former bodybuilder wants to pass on wisdom away from the stage while simultaneously taking care of his back in retirement. As he enjoys retirement, the four-time Mr. Olympia doesn’t want to “be big” anymore but still wants to stay in tip-top shape.

Some of the more notable tidbits include Cutler comparing his current training process to meditation. Plus, while he’s still far larger than an “average” human being, the 48-year-old doesn’t want to maintain the size that helped catapult him to the upper echelons of bodybuilding.

All in all, it’s an illuminating insight into the thought process of one of the sport’s distinguished names.

In the past, while he was still an active competitor, Cutler alludes to how he would push himself to build mass and muscle. The bodybuilder says he would often push himself extremely hard, but he knows he doesn’t have to do that anymore.

Cutler doesn’t have to maintain his size as much as he focuses on simply training to stay lean when in the gym.

“When I want to get down to my business and meditate with what I call my ‘training meditation’ now,” Cutler says. “… You know how you used to go to the gym, and you would train and you’re like, ‘ah, I want to push this much weight. I want to get pumps. Oh, I’m doing chest; I want to see how full my chest can get.’ I said okay. What do I have to do to maintain a decent physique at my age and stay relatively lean and not be big? If that makes sense, I just don’t want to be big.”

Cutler’s mindset is understandable. It takes a lot of dedication and effort to maintain the world-class physique of a champion bodybuilder. As he approaches age 50, he might still want to be in decent shape, but he doesn’t want to pull out all the stops to meet a specific goal or size — like his past competition body weight. Instead, he plays it by ear.

“Even though everyone looks at me and says ‘what are you talking about, you’re already big,” Cutler explains. “But it’s not comparable to the vision I had of being 300-pounds. But that’s not what I want to be anymore. We all have different goals and mindsets for why we go to the gym and train. And mine right now, it’s a sense of relief for me. It’s a sense of, okay, I had a busy day, and I’m going to go train. As you know, it’s a little instinctive. I don’t have a time.”

As far as his approach to quality rest away from the stage, Cutler notes that he generally tries to wake up naturally now. Even still, it seems the former bodybuilding star maintains some semblance of a usual morning routine.

“I do sleep, but I don’t like getting up at a forced time,” Cutler elaborates. “Tomorrow I have to get up at 3:30 a.m. to make the flight. I got to leave by five. So that only gives me an hour and a half to cook breakfast and do what I need to do … shower, and odds and ends before I leave.”

Once Cutler explains how he trains in retirement, he outlines a quick set of back exercises centered around the volume. The entire workout is as follows:

Before hopping on the Hammer Strength front lat pulldown machine, Cutler notes that he doesn’t want to “drag the video on too long” with his workout. Cutler says he wants to take it easy on his lat muscles while still getting the trademark “pull” of the exercise.

“I really like the pull on this,” Cutler says. “We talk about popping the lats for the front double bicep. I’m kind of duplicating it even though my lats are a lot smaller right now.”

After working his lat muscles, Cutler asserts that keeping his grip in the center of the Hammer Strength row machine will give him better contraction and, in turn, more of a challenge.

Related Articles: Legendary Bodybuilder Lee Haney Shaped “The Future Of Bodybuilding” In So Many Ways

Cutler’s bent-over rows with a barbell come with a degree of patience during this workout.

Returning to his lats, Cutler keeps it simple with the same aim of quality volume on the more traditional variation of lat pulldowns.

In a consistent hallmark of this routine, Cutler once again suggests a high volume with good technique on the seated cable rows.

To conclude the video, Cutler elects to roll with some lying dumbbell pullovers. He says he likes the exercise because of the way it pulls on his lat muscles and because of its grip versatility.

“Alright, so pay attention to that grip,” Cutler starts. “If I was going to do chest, I’m going to grip the dumbbell like this, I’m going to do like a diamond. For the back, I actually grip it like this. My hand goes around like this [Cutler balls a fist into the other]. That way, I pull here, and it pulls on the lats.”

Even if Cutler doesn’t push himself like one of bodybuilding’s elite athletes anymore, Cutler can still boast a stellar physique. At the same time, as he gets older, it seems the legend’s goals are more about long-term health rather than adding size and pushing his body to its limits. Now that he doesn’t regularly wear posing trunks, Cutler seems free to take any approach he wants in his training. 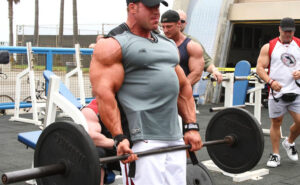 IFBNewsfeed.Org - August 11, 2022 0
It’s not uncommon for people to feel like they’re stuck in a rut, especially when it comes to their personal growth. If you’re feeling...

Top Movies “That Inspire You To Get In Shape” And You Should Consider To...

IFBNewsfeed.Org - August 10, 2022 0
For many people, movies may seem anathema to exercise. And, in many cases, they may well be. But certain movies–including the ones listed below–can...

IFBNewsfeed.Org - August 8, 2022 0
The IFBB Pro League Tampa Pro — one of the more popular pro shows on the bodybuilding circuit — is currently taking place from...