Those Athletes Are “The Best Arnold Classic Champions of All Time”, According To The Sports Analyst 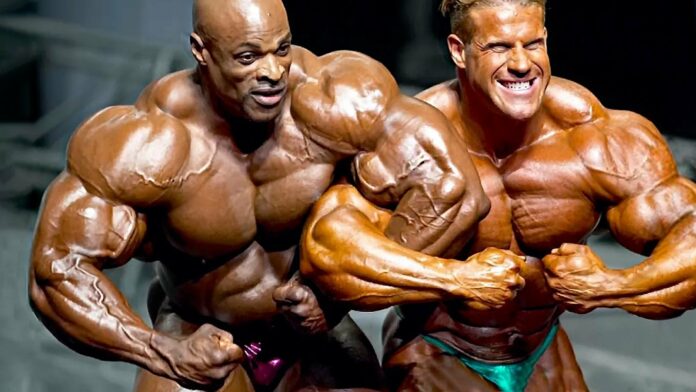 Sports Analysts named after the most famous and arguably the greatest bodybuilder of all-time, the Arnold Classic was an instant hit when it debuted in 1989. Legendary bodybuilder, actor, and politician Arnold Schwarzenegger partnered up with Jim Lorimer for what would be some of the sport’s most unforgettable moments—and physiques.

But before we honor this year’s winner, we decided to celebrate the past Arnold Classic Champions of a contest, like any classic, that has stood the test of time.

Rich Gaspari won the inaugural Classic in 1989 and cemented his status as one of the best bodybuilders of the mid-to-late 1980s. With shredded glutes, grainy-hard condition, and eye-popping vascularity, he redefined the word ripped. Bodybuilding would never be the same after The Dragon Slayer.

Dubbed the uncrowned Mr. Olympia after his second-place finish to Ronnie Coleman in 2001, the following year Jay Cutler walked through the competition to secure his first Arnold. With the size that was second only to Coleman and a back that was improving every year, Jay Cutler’s win in March was nearly a foregone conclusion.

The Maryland Muscle Machine was one of the sport’s original hybrids, combining stellar shape and symmetry with the size and thickness to rival the mass monsters of the day. His delts, traps, and triceps were in a league of their own, and his tiny waist supported deeply separated and flaring quads. Levrone practically owned the hands-in-front most-muscular pose.

Though never the biggest man onstage, Jackson defeated all comers with a level of detail that has yet to be surpassed. His 5’6″, 235-pound frame was a mass of striated muscle. Delts, pecs, arms, lats, spinal erectors, glutes, hams, and perhaps the sharpest midsection of the modern era helped The Blade slice through the competition.

One of the sport’s most colorful personalities, Greene took his physique—and his career—to the next level with his first win in 2009. Full, sweeping quads and hams, a barn door back, and posing brilliance second to none helped him defend his title the following year. The former underdog is now counted among the top three bodybuilders in the world.

It was the first time it had ever happened: a Mr. Olympia competing in the Arnold prior to defending his title later the same year. When all was said and done, 247-pound Coleman, in what may have been the best condition of his career, had added the one contest his résumé lacked. But the toll of peaking twice almost cost him the Sandow, and it was the last time (thus far) that a reigning Mr. Olympia has thrown his hat into the Arnold ring.

The Sultan of Shape holds the record for most Classic wins. Many consider his physique in the 1993 rendition—with its unparalleled shape, crisp muscularity, and flawless proportion—one of the greatest of all time. Though he would collect 14 more pro titles in the years to come, Wheeler was never able to match that magical combination. The 2000 Arnold marked his last appearance and win on the Columbus stage.

The Entire List Of Arnold Classic Champions of All Time 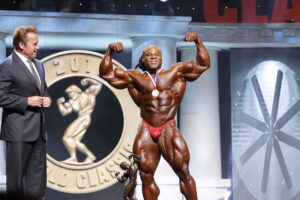 Legendary Bodybuilder Lee Haney Shaped “The Future Of Bodybuilding” In So Many Ways - International Fitness and Bodybuilding Newsfeed.Org

Everybody “Wants To Compete” Against IFBB Elite Pro Michal Križánek. “Athletes, Media, And Fans” Beg Michal Križánek To Switch Over To The NPC/Pro League - International Fitness and Bodybuilding Newsfeed.Org