Arms Development: Build Up “Bigger And Stronger Arms” With Those Unbeatable Exercises 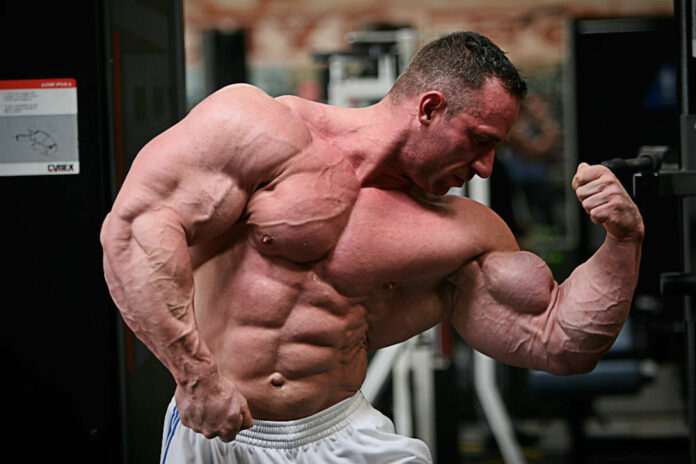 We all want bigger biceps. Well, most of us do. They look great in a fitted white t-shirt, look even better out of them, and help compliment a well-defined torso. Yes, some people will say exercising your biceps in isolation is stupid. We understand, but some days we just long for the pump. And you know what? There’s no shame in that.

So rather than beat around the bush, let’s get straight to it. If you want to build bigger biceps, these exercises will help get you there. Perform them properly, and it won’t just be your biceps that start to bulge, your overall health will see an improvement, too.

Most people get a gym membership so they can have bigger arms. Although arm exercises are shown a lot of love all around the world, only a few people are successful in building their pythons.

Just like us humans, no two arms exercises are created equal. We see a countless number of people curling weights but only a few own a pair of loaded guns. Don’t be one of those people wasting their time doing bicep curls. Read through and join the other side.

Barbell curls are for biceps what squats are for the legs. Using the Olympic barbell for the bicep curls will recruit more muscle fibers as compared to the smaller barbell. Maintain an upright stance while performing the curls and don’t use momentum by bending forward or backward. 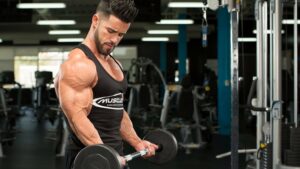 Alternate dumbbell bicep curls are a staple in a bicep workout. While performing the curls, rotate your wrists outwards at the top of the movement. Doing so will work the peak of your guns.

Preacher curls are an isolation exercise. Most people make the mistake of not following a full range of motion while performing this exercise. Your forearms should touch the preacher machine at the bottom of the movement, and the barbell should be at a fist’s distance from your forehead at the top.

Bend over and place your elbow on the side of your quad. Perform a slow and controlled curl and squeeze your biceps at the top of the movement. You can perform the concentration curls while standing or sitting.

Stand in the center of the cable pulley machine and use the D-handle attachments. Mimic the motion of performing a front double bicep pose and squeeze the living hell out of your pythons. Overhead bicep curls work the inner heads and the peak of biceps.

The overhead tricep exercises primarily target the long head of the tricep while the pressing movements target the medial and the shorter heads. Performing the overhead extensions with back support will assist in maintaining a better form.

Cable press downs are a great isolation exercise. Most people make the mistake of leaning on the bar and towards the pulley. You should stand straight and maintain a full range of motion to get the most out of the exercise.

Cable kickbacks are better than the dumbbell version as they keep constant tension on the triceps. Contract your triceps at the extension of the elbow and slowly return to the starting position.

Overhead rope extensions are one of the few isolation exercises which target the long tricep head. At the bottom of the movement, keep your hands close to each other and spread them as you reach the top.

Skullcrushers are a great exercise for the overall development of the tris. Start with the barbell at a fist’s distance from your forehead. Your elbows should stay in place throughout the movement. Squeeze your triceps at the top of the movement.

Dips are a functional movement and you can change the difficulty of this exercise as per your current stage. If you are a beginner, you can do the bench dips. Intermediate lifters can perform the dips on the parallel bars and the advanced bros can do the weighted dips.

The “3 Under-Utilized Bicep Exercises”. Utilize Them In Your Arms Day...

The “10 Best Back Exercises” For Men To Build A Shredded...