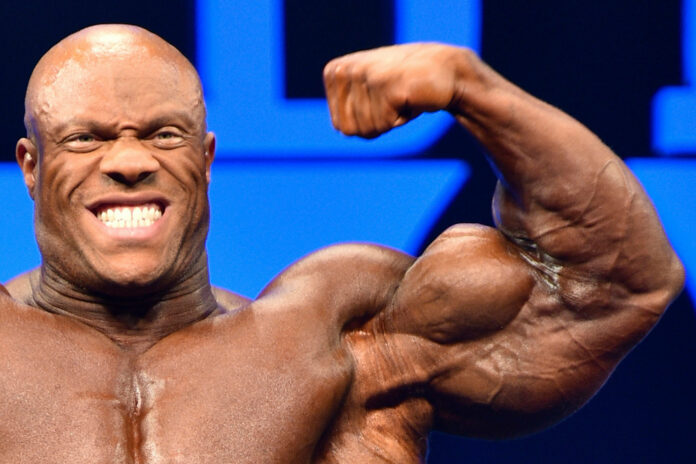 There are way too many articles out there titled something like: “5 BEST BICEPS EXERCISES” “10…” “15…” Can we get 20? Yes! No joke, that’s really a thing, in Men’s Health: “20 BEST BICEPS EXERCISES.” The difference between this article and all of those is this won’t be a random cluster of every kind of curl.

That’s because we’ve examined the research. Via electromyography (EMG), scientists have measured the activation of the biceps during the exercises on those other lists, and, by sorting through the results of three different studies, we’re going to tell you which exercises truly are the best and which are the worst for biceps growth.

First, some physics and a little geometry. When doing any full-length, free-weight curl (standing or seated, starting with upper arms perpendicular to the floor), gravity, as always, fights to pull the weight straight down to the floor; but, complicating this, your hands (and the weight) travel in an arc. It’s only when your forearms are parallel to the floor that gravity exerts its maximum pull and your biceps toil their hardest.

Let’s take this a step further with a clock illustration. We’ll use color zones to simplify. The center is your elbow joint. The minute hand is your forearm. The starting point is 6:00 (arm straight down). Your forearm goes through about a 130-degree range of motion during any full curl rep, so it finishes pointed a little past 10:00.

The bottom halves of reps (to 8:00) are a breeze. And the tops of reps are getting easier as you reach contraction (10:10), so you’re unlikely to fail there, either. Gravity is pulling the hardest in the red zone (8:20 to 9:40), especially the parallel crimson area (around 9:00) when you’re about 70% of the way through. That’s where reps go to die, and that’s where biceps activation is maximized.

Study 1. The American Council of Exercise published a study in which eight young men and eight young women performed eight biceps exercises while the muscle activity of their biceps, front deltoids, and brachioradialis were monitored via electrodes attached to an EMG machine. Results were measured against each person’s maximum voluntary contraction (MVC) of his or her biceps. And the grades are…

Study 2. A second EMG study had somewhat different exercises, but agreed about the winner:

Study 3. The third EMG study is a bit of an outlier, because it tested only one subject—the researcher himself—and because it didn’t include as many standard curls, and biceps were trained after back. Its conclusion that chin-ups (underhand grip) and parallel-grip pull-ups were best for biceps may have come about because rows pre-exhausted the subject’s lats and forced his biceps to work harder. That said, chin-ups ranked high in the other study that measured them (1), as well.

As its name almost demands, the CONCENTRATION CURL allows you to focus on one biceps from start to finish on each rep. Bracing the back of your elbow against your inner thigh prevents cheating, but this exercise’s greatest advantage is that you can easily squeeze contractions, perhaps expanding the red zone all the way to the end. 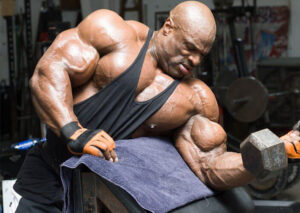 It ranked first in Studies 1 & 2, (and high in 3). In fact, as you can see in the chart above, the neg. (negative) concentration curl was a blow-out winner in Study 2. That study also demonstrated that a hammer grip (thumbs-up) was equally effective at biceps stimulation in the concentration curl as the traditional underhand grip. Many people think of concentration curls as a light, pumping move, easy to leave out as you pummel your bi’s with heavy barbell and dumbbell curls, but, which ever grip you choose, this is one you shouldn’t skip. When it comes to concentration curls, here’s a few things to, well, concentrate on:

☑️ Flex your biceps throughout each rep and especially hard at contractions.

☑️ Consider doing negative concentration curls, raising your forearm with your non-working hand each rep, and then slowly lowering the weight.

☑️ Even if you don’t do negative reps, focus on the negative halves of reps. Take twice as much time lowering the weight (at least four seconds) as you do raising it.

It’s no surprise that the only machine exercise in the test, the CABLE CURL, ranked high in all three studies. With a weight stack moving exactly vertically, gravity is always pulling on the resistance, overriding our clock diagram. Because of its different stress applications, consider including at least one mechanical exercise in every biceps routine. This could be a one-arm or two-arm cable curl or any machine curl with a vertical weight stack.

Because it ranked so high in Study 3 and nearly tied the cable curl in Study 1, the CHIN-UP (a pull-up with a shoulder-width, underhand grip) is a good, but under-used, biceps exercise. If you can do at least 8 full reps with your bodyweight, work it into your routine. If you can do more than 12 reps, add resistance.

The tests measured muscle activation. There are other considerations, especially progressive resistance, which is easier to achieve with a heavier, two-arm exercise. For example, advancing from a 25 lb. dumbbell to a 30 lb. dumbbell for 10 reps of concentration curls is a big 20% leap. But going from a 100 lb. BARBELL CURL to 105 lbs. for 10 reps, is only a 5% advance, or, to better compare it to the concentration curl, 10% per arm. This is a good reason to do at least two, distinctly different types of curls in your biceps routine.

We could’ve also predicted the free-weight PREACHER CURL would lose. Again, it’s all about gravity. By starting each rep 45 degrees forward (the angle of the typical bench), these curls get hard fast. Imagine turning the clock above 45 degrees back, so 9:00 becomes 6:00. The forearm-parallel-to-the-floor red zone comes at the start, and then it just keeps getting easier.  At contractions, your forearm is pretty much perpendicular to the floor (175 degrees) with virtually no gravitational pull.

You can combat this by shortening reps (avoiding contractions) or by attaching chains to the bar to add tension throughout reps (as links come off the floor resistance increases). You can also (spider a.k.a. Scott) curl on the nearly vertical side of the bench, which ranked slightly better than barbell curls in Study 2. And you can use a handle attached to a cable or a preacher curl machine, both of which feature vertically stacked iron fighting gravity all the while.

But most of those modifications are different exercises. What about the traditional, free-weight preacher? Should you just drop that loser for good? Nothing flunked this test. The five lowest-scoring curls are just a few percentage points apart in Studies 1 & 2. All are valuable exercises. The preacher curl, with its unique starting and ending points, hits your bi’s uniquely, focusing more on stretches, less on contractions. People used to think this elongated the biceps. It doesn’t, but you’ll probably feel it more in the bottom of your bi’s.

Look again at the photo (by Gene Mozee) at the top of this article. That’s the original Mr. Olympia, Larry Scott, on the left, Freddy Ortiz on the right, O.G. arm-men, circa 1966. They did a hell of a lot of preacher curls (and Scott curls, named for Larry). Include the best biceps exercises in your arm routine, but don’t totally scrap the worst one.

Here’s a routine based on the best biceps exercises: 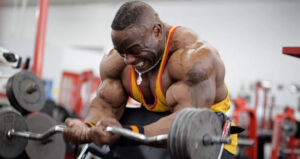 The “5 Best Glutes Exercises And Strategies” To Turn A Flat...

Squat Depth: Learn “On How Deeper You Should Squat” And What...

Leg Attacks: Here Are “The Best Quad Exercises” For Bigger And...

The Top 10 Workouts You Can Perform At Home Due To...