Nutrition Guidance: Which Color “Banana” Must Have To Be More Nutritious? An Investigation 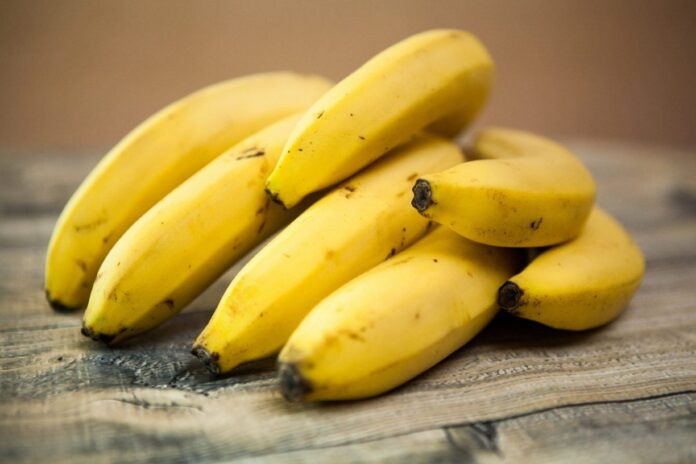 A couple of weeks ago, I tried to buy a few bananas at a convenience store. The cashier wouldn’t let me pay for them. They were heavily spotted, and he explained that when they get that brown, it’s store policy to just give them away. He then chuckled and said it was somewhat ironic, considering “a brown banana is the healthiest banana.” People can’t seem to decide whether green, yellow, or brown bananas are the healthiest

Around the same time, one of my friends dropped a meme that had been making its way around the internet into our group chat. It shows 15 bananas, each assigned a number, arranged in a circle of progressive ripeness. Everyone ignored the greenest and brownest bananas, opting to squabble over tiny differences in the yellow, seven-to-10 region. The crowd favorite was nine, though a few fought vehemently for number six, saying it was a dead ringer for the banana emoji, looked easiest to open, and appeared to have a solid grip (apparently a big deal for some on the banana rubric).

I’ve had bananas on my brain for a little while now, clearly, and the relative unpopularity of a bruised banana feels relevant. For one, it speaks to our food culture’s obsession with big, shiny, perfect fruit; brands like Misfit Market and Imperfect Foods have recently pioneered the “ugly produce” industry in response to this tendency. Too often, our dietary preferences have less to do with actual nutrition, and more to do with contrived aesthetic preferences. For a banana to pass the grade, it needs to be a special shade of yellow, firm but not too firm, and ideally not covered in too many of those pesky white strings (also known as “phloem bundles”).

But is that expectation — beyond being unreasonable and problematic — also just completely off the mark? Should we actually be prioritizing brown bananas, as the cashier suggested, instead of just turning them into banana bread? Have we all been eating bananas wrong all along?

Not exactly. Broadly speaking, bananas are healthy no matter what stage of ripeness you eat them at. There’s a reason WebMD calls the fruit a “nutritional powerhouse.” Bananas are rich in potassium, fiber, magnesium, vitamins A, B6, and C. They help reduce your risk of stroke, keep your muscles and bones in fighting shape, lower inflammation levels, and offer all sorts of other fringe benefits, like easing irritable bowel syndrome, preventing kidney stones, and even clearing up allergy symptoms. Oh, and they’re a proven pre-workout go-to.

That’s all to say — you could do a lot worse than peeling any old (or new) banana. “Irrespective of how long it’s been in the fruit bowl, it’s going to convey some serious nutritional benefits for your body. But there is an argument to be made for approaching bananas situationally”.

Different-colored bananas can have different use cases, depending on either

The greenest of the bunch rarely has too many takers. Historically, I’ve walked into and right back out of the office kitchen when I see a tower of green bananas. They’re notoriously difficult to open and have a thick, bitter, somewhat waxy taste. But they’re also rich in resistant starch, which means they contain a minimal amount of sugars — a green banana’s raw granules actually can’t be digested by the small intestine because they don’t release any glucose. For those who live with type 2 diabetes, or are at risk of developing it (low-glycemic eaters!) this is a great time to chow down on a banana.

“For everyone else, the prime benefit of a green-leaning banana is that it fills you up, fast, in a healthy, effective way. Bananas are so rich in fiber at this stage — between the resistant starch and a hearty polysaccharide called pectin — that your appetite really doesn’t stand a chance. The fruit is legitimately 80% starch. It’s like eating a potato. You should exercise caution (eat two green bananas and you’re going to feel bloated), but trust that there’s nothing wrong with green bananas. They’re little carbo-loaded fiber factories, and could potentially help you trim your waistline over time if eating one in the morning means you skip an extra piece of toast”.

RELATED: Everything Athletes need to know about Banana

On the other end of the spectrum, freckled bananas represent the conversion of all that starch into simple sugars like sucrose, glucose, and fructose. We typically associate those brown spots with spoiling, and it’s true, this is an older banana without too many days left (bananas last five days at most in room temperature, a week if put in the fridge). But it’s also an excellent way to weather a sweet tooth without needing to unwrap a candy bar. Alongside that high, natural sugar content, brown bananas are stuffed to the brim with antioxidants, which is a welcome byproduct of chlorophyll breaking down in the fruit.

Refresher on antioxidants: they reduce inflammation in the body by fighting free radicals (metabolic reactions that harm cells and can lead to heart disease or cancer). Daily consumption can positively affect blood pressure, lower cholesterol, stabilize blood sugar levels, and even improve the health and clarity of your skin. In other words: it’s a good idea to get them in your body when you can. It’s also likely why the cashier was so high on brown bananas. While not objectively “healthier,” this ripeness stage has a lot to offer on the nutritional factsheet.

Not to mention, they’re easy to get down. Your stomach won’t give you any issues with a bruised banana unless it’s literally oozing through its sheath. (At which point, chuck it in the garbage, or start getting out some pans. You’re making banana bread.) But simple sugars are extremely easy to digest. That’s clutch, too, for people with IBS, who generally need to avoid a wide variety of fruits, including apples, cherries, peaches, and pears. The one wild card to keep in mind, as mentioned earlier, is your relationship to the glycemic index. If you need to be wary of sudden spikes in blood sugar levels, then don’t mess with ripe fruits.

What banana should you go with from the meme? That’s entirely up to you. Much to the chagrin of the group chat, there isn’t a consensus number one. I’d recommend starting in the middle — a yellow banana retains most micronutrients — and veering left or right, depending on exactly what you’re trying to accomplish. Want starchy? Go green. Want sugary? Opt for spots. 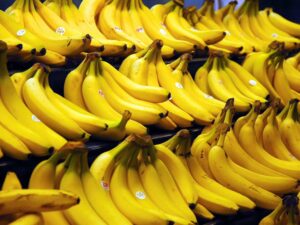 The Myth: High-Protein Diets “Are Safe for Most People”