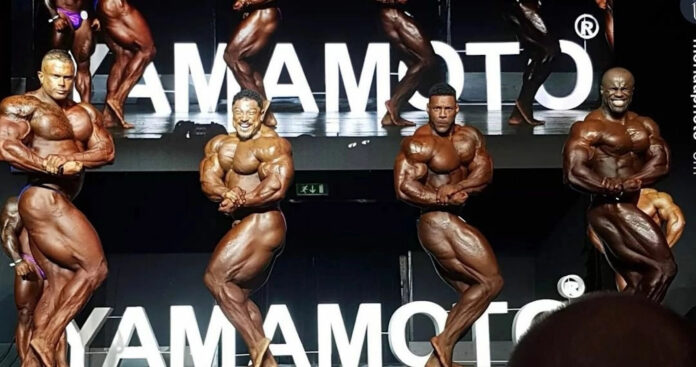 Most pro sports leagues take an offseason after their world championship event. The IFBB Pro League is different. The 2021 Mr. Olympia — the biggest event in bodybuilding — wrapped and only a week after Mamdouh “Big Ramy” Elssbiay held his Sandow trophy overhead, the build-up to the 2022 Mr. O is already underway. The first major pro show since the 2021 Mr. Olympia is set to take place on Oct. 17, 2021.

The first post-Olympia show for 2021 is the Yamamoto Cup, taking place on Saturday, Oct. 17 in San Marino, Italy. The show will feature Men’s Open and Men’s Physique contests. The Men’s Open winner of this contest will earn qualification for the 2022 Mr. Olympia. That means the champion can either take an extended offseason to prepare for the contest, or he can choose which shows to enter next at his convenience. The athletes that are expected to enter are below in alphabetical order.

The 15-man line-up at the 2021 Yamamoto Pro Cup is competitive, but four athletes stand out as potential pros at the first post-Olympia show of the season.

Nathan De Asha won both the inaugural Arnold Classic UK and the Europa Pro in 2021. In spite of him qualifying for the Olympia, he remained in the United Kingdom and didn’t compete due to travel restrictions.

De Asha is actually already qualified for next year’s Olympia thanks to his winning effort in Birmingham earlier this month. Winning here adds prize money to his pockets allows him to play a little pre-Olympia defense. If De Asha can edge out another name on this roster, then that’s one less potential opponent at the next Olympia.

Dauda finished as the runner-up to De Asha at the Arnold Classic UK. He is still looking for his first pro win as well as a chance to debut on the Olympia stage. Dauda has stepped up his posing in his previous shows, and he had time to improve on whatever flaws he felt needed to be worked on. This rematch in Italy has the potential to be intense and competitive.

Presti did compete on the Olympia stage in Orlando, FL with the best in the world, and finished in 16th place. Winning this show in his home country would be a great rebound for the Italian competitor.

Winning isn’t a novelty either for this mass monster — Presti took the W at the Mr. Big Evolution Pro in July 2021. He is one of five Italian competitors in this lineup, but he is arguably the most popular. He is a large competitor with round muscles. Nailing his peak and being as ripped as possible will help him tremendously.

Winklaar finished 11th at the Olympia this year. It’s the first time he finished outside of the top 10 on bodybuilding’s biggest stage since 2014 when he finished 12th. The Curacao native’s last pro victory came at this very contest two years ago.

If history repeats itself, then the 2018 People’s Champ winner could use that extra time off to make the biggest impact on next year’s Olympia stage possible. This will also be a rematch with De Asha who beat him at the Europa Pro earlier in the year. Winklaar isn’t hurting for motivation going into this contest.

And here’s a look at Men’s Physique roster competing on the same day as the Men’s Open competitors: 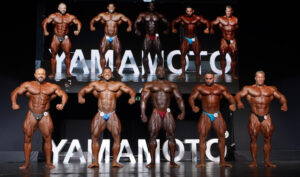