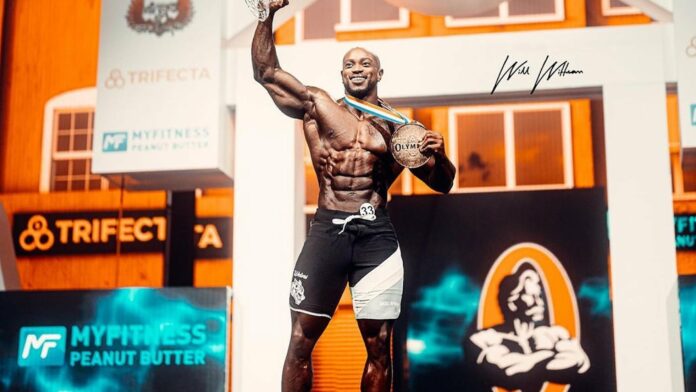 At the 2021 Olympia held from Oct. 7-10, 2021, 25 bodybuilders stepped onto the sport’s biggest stage in the Men’s Physique division. Spectators in Orlando, FL showed up and showed out to cheer on their favorites and to see who brought the best board shorts and biggest biceps of the night. After a tough battle, Hendrickson managed to bring it home on the biggest stage in bodybuilding.

Brandon managed to use his posing routine and impeccably developed physique to win the favor of the judges and earn the coveted title of 2021 Men’s Physique Olympia champion — his third consecutive victory. Here are the top five results:

This was Hendrickson’s first successful title defense. He had his victory swept away in the past by fifth-place finisher Raymond Edmonds, but Brandon brought a picture-perfect package to the stage and was able to clinch his third Olympia win with confidence and grace.

The Olympia has been somewhat unpredictable this year. Many returning champions were anticipated to have successful defenses on the Olympia stage and lived up to expectations. That was the case with now five-time Figure Olympia champion Cydney Gillon and now two-time Ms. Olympia champion Andrea Shaw.

However, there were also surprises, including Derek Lunsford dethroning Shaun Clarida in the 212 Division and Whitney Jones reclaiming the Fitness Olympia championship. Here are the results thus far:

Other impressive physiques that stood out in the rest of the field were Nick Walker and Hadi Choopan — the latter of which returned on Saturday during first callouts alongside Curry and Elssbiay.

Hendrickson’s victory is the latest in a series of shocking, impressive, and sometimes expected wins in Orlando. Derek Lundsford confidently commanded the stage to win the 212 division, Francielle Mattos made history in the newly-created Women’s Wellness division, and Andrea Shaw went back-for-back winning the Ms. Olympia crown.

The most prestigious event in bodybuilding has gotten off to a spectacular start with strong competition and tight races abound. However, the biggest fireworks are still ahead. The 2021 Mr. Olympia contest right around the corner. We will see if Mamdouh “Big Ramy” Elssbiay can defend his title if a new champion will be crowned for the fifth year in a row. 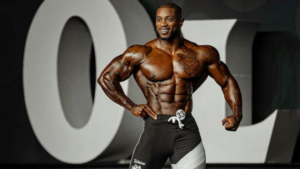