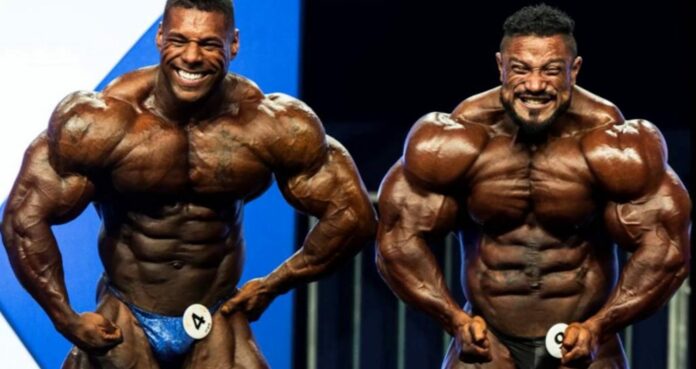 Roelly Winklaar and Nathan De Asha will be back in action this weekend attempting to gain qualification to the 2021 Olympia.

There will be more qualifications to the 2021 Olympia handed out this weekend and two big names will be back on stage at the forefront.

“Both Roelly Winklaar and Nathan De Asha will compete in the 2021 Europa Pro Spain hoping to gain an automatic bid to the biggest event of the year. This competition will take place on Sunday, Aug. 15 in Alicante, Spain. Winklaar and De Asha will headline a long list of competitors in the Men’s Bodybuilding division”.

For Winklaar, this will be another competition where a big performance is expected. He returned to competing during the Chicago Pro 2021 but finished fifth after entering the contest as one of the favorites. Winklaar was then originally listed on the competitor list for the Tampa Pro 2021 but was a late scratch and ended up out of the competition.

Winklaar has been put on the list for the upcoming Europa Pro Spain and he is not the only headliner that is present.

Nathan De Asha will also headline the competition. Since earning his pro card in 2013, De Asha has been one of the top performers in the sport. He competed in three-straight Olympias from 2016-2018 with his highest finish being seventh in 2017. It has not always been a smooth road for De Asha. He has dealt with some legal issues during his career but is ready to get back on stage and show that he is still a force. The addition of Winklaar and De Asha makes this competition one to keep an eye on. There will be plenty of action over the weekend with different competitors vying for qualification to the Olympia.

Make sure to check out our full IFBB Pro results page from this year and previous years right here to catch up on any action you may have missed! For more news and updates, follow IFBNewsfeed.Org on Facebook, Twitter, and Instagram.