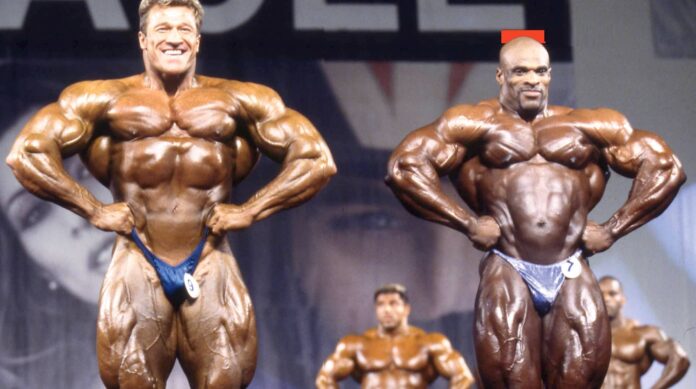 When you consider that bodybuilding is all about exceptional physiques—whether aesthetically pleasing or freakishly shocking—it’s remarkable how normal the best male bodybuilders have been in regards to one physical quality: height. Yes, there have been Davids and Goliaths.

The late Franco Columbu won the Olympia twice at only 5’5”, and Lou Ferrigno, at 6’5”, was likely on his way to the top before he left stages to Hulk out. But we’re talking ancient history, four decades ago.

Of the last 37 Mr. Olympia contests, all but two Sandows have been carried home by a bodybuilder who stood between 5’9” and 5’11” (and one of those was 5’8″). Normal. Shorter guys have been relegated to a runner-up or, in more recent years, the 212 division. Meanwhile, rarely does an over-6’ guy even make it to the O stage. Only 6’1” Cedric McMillan has been a mainstay in recent years, but he’s never placed higher than seventh.

Take out your tape measure. Let’s dive into the numbers to see if there’s an ideal bodybuilding height.

First, let’s be clear. There are a wide spectrum of male bodybuilding contests around the globe. Most amateur events have the height or weight classes, and the IFBB Pro League has featured a 212 or, before that, 202 class since 2008, which serves as a de facto division for shorter guys. The Mr. Olympia also had two weight divisions, with 200 lbs. as the dividing line, from 1974-79. (Lightweights won four of six overall titles during that span.) All of which is to say there are, and always have been, a multitude of shows where shorter/lighter bodybuilders can shine. And, in fact, in amateur contests, typically about 2/3rds of the competitors are under 198 lbs. (90 kg) and, therefore, usually under 5’8″.

That said, it’s the IFBB Pro League open division where guys of any height or weight clash on the same stages. And the pinnacle is the Mr. Olympia. Here are the numbers.

• Throughout the entire history, the shorter champs have been one-timers or two-timers. Of the eight Olympia winners with at least three titles, none have been under 5’9”.

• Second place is a different story. In 20 of the 57 Mr. Olympias, a man 5’7″ or under has been runnerup, and 11 different bodybuilders have done so (including 5’3″ two-time runnerup Mohamed Makkawy). This happened in all but one Olympia in the ’80s. But this too has become less common lately; only three of the last 24 runnerups have been 5’7″ or less.

• Worldwide the average adult male is 5’7″, but it’s reasonable to assume the American standard has prevailed. The last Olympia not held in the U.S.A. was 1992.**

Because the standards have changed so dramatically since the first contest in 1980, and there are now so many divisions, the Ms. Olympia is more difficult to calculate.

• Nevertheless, just focusing on the bodybuilding title, there have been 37 Ms. O winners. Their heights range from 5’3″ to 5’9″.

• Four women have won a whopping 29 of the the 37 titles, and their average height is 5’7″, significantly more than the American female average of 5’4″.

• There has been more diversity in the female division with even those four mega-multi-champs ranging from 5’5″ Lenda Murray (8 titles) to 5’9″ Cory Everson (6 titles).

When it comes to the Mr. Olympia, the numbers are remarkably consistent. A male height that is average to slightly above (in America) has been the ideal for bodybuilding success in open divisions. It’s aesthetically pleasing. Observers don’t recognize it as unusually short or tall. It also provides a large enough skeleton for a Mr. O to carry a lot of lean muscle (now 240-300 lbs.) without appearing stocky, as shorter, heavy competitors often do. On the other hand, the skeleton is not so large that a man is unable to fully fill it out and he looks lanky or unbalanced, as is often the case with men over 6′.

Perhaps the tide is changing. These aren’t rules. It’s all subjective. We look forward to maybe Flex Lewis or Cedric McMillan or someone just as short or even taller moving the “You must be this height” significantly lower or higher. That’s because bodybuilding is never about being average, always about being exceptional.

• In both of the last two Mr. Olympias, three of the top five finalists were non-American, all but one of them was under 5’8″. The one was 2020 winner Big Ramy, the first non-American Mr. O since 1997. 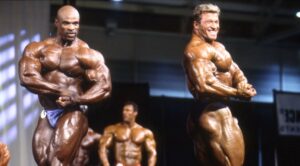