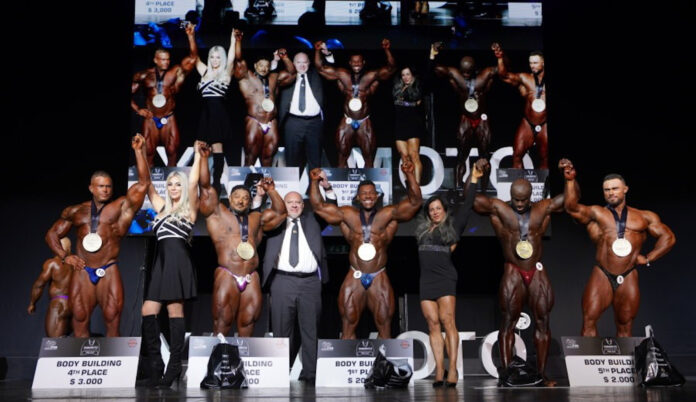 On Sunday, Oct. 17, the 2021 Yamamoto Cup Pro bodybuilding show was held in Rome, Italy. Nathan De Asha was the last man standing on stage and left as the champion. Roelly Winklaar finished as the runner-up, with Samson Dauda rounding out the top three. The only other division that was held was Men’s Physique. Brandon Hendrickson, hot off his third Olympia win, took gold in that category. That’s three wins in 2021 for Nathan De Asha and another W for the three-time Men’s Physique Olympia champ.

The top 10 for the contest — which took place just eight days after the prestigious 2021 Mr. Olympia — is below.

Here’s a quick synopsis of the podium on the Men’s Open division — one of two divisions — at the 2021 Yamamoto Cup Pro in Italy.

“The Prophecy” has now won his third straight pro show in 2021. De Asha won the 2021 Europa Pro contest in Spain on August 15, and he became the first Arnold Classic UK Champion in Birmingham on Oct. 2.

[Related: The Best Bodybuilding Programs for All Experience Levels]

A win at the Yamamoto Pro Cup would have qualified De Asha for the 2022 Olympia, but he already earned a spot thanks to his Arnold Classic UK victory. However, in addition to logging another impressive win — De Asha’s ninth ever — he successfully played defense by preventing another man from qualifying for the Olympia.

As for his presence on stage, it was consistent with his look in Birmingham. The judges felt it was enough to give him the victory. According to the scorecard, the judges only scored one round.

Winklaar was looking to rebound from his 11th place finish at the Mr. Olympia, and he was anticipating a rematch with De Asha, who beat him in the Europa Pro. However, the result in Italy was the same as it was in Spain.

While Winklaar missed the qualification for the Olympia, he managed to rack up some points in the Olympia scoring system, which could help him make it to next year’s big contest (assuming he doesn’t win a pro show before then). There is no word on what Winklaar’s next show will be as of this writing.

This was Dauda’s second contest in October; He placed second behind De Asha in the Arnold Classic UK. The British bodybuilder replicated his Arnold UK package, but the judges still opted to placed Winklaar ahead of Dauda, bumping him to third.

The upside for Dauda is that he’s gaining more experience with every contest he enters, and his reputation is growing with every high finish. It’s likely a matter of “when” he takes a victory instead of “if.”

The only other division at the Yamamoto Pro Cup was Men’s Physique. Riding momentum from his Olympia win — making him a three-time Olympia champion — Brandon Hendrickson won the division in Italy as the only American athlete.

Italy’s own Riccardo Croci secured the runner-up position, and Balint Nemeth rounded out the top three. The top 10 for that contest are below.

Next up on the bodybuilding schedule is the 2021 Legion Sportsfest contest in Reno, NV, from Oct. 22-24. Six professional contests will be held at this show, headlined by Men’s Open bodybuilding. 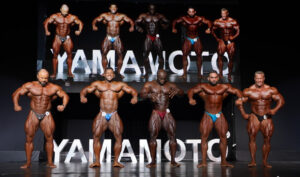