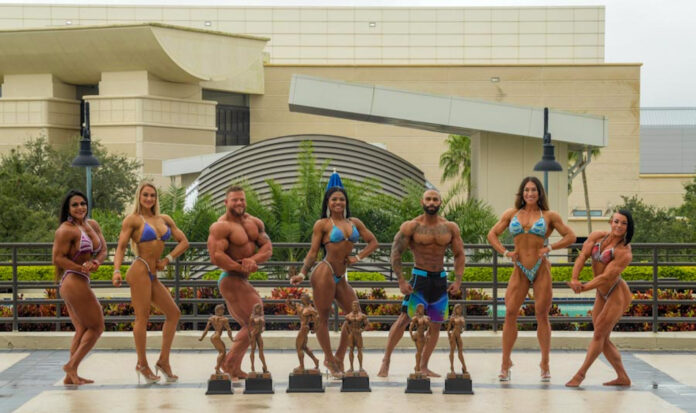 “It was an amazing experience,” Cox said. “I was confident going in that I would be pro status, but to win this prestigious honor as a national champion — it was a nice early Christmas gift.”

Cox had to win five regional shows in order to quality for nationals. He said this competition was his fifth attempt at the IFBB card.

A self-described “scrawny kid,” Cox said he first received strength and conditioning coaching and training during his time at Richmond Senior High School (‘10). It wasn’t until the age of 22 that he really began dedicating his time toward the bodybuilding lifestyle.

“I knew I wanted to look the part of a fitness professional,” Cox said while he was busy earning his B.S. degree in exercise science at East Carolina University (‘15). “I saw where the men’s physique division became more popular. I aspired to emulate and create that physique for myself.”

While Cox didn’t even place in the top five at his first show, he credited his development to the help of Robert David Sr., a former Masters Universe bodybuilding champion. Cox achieved his first class win in July at the 2016 IFBB Europa Games in Charlotte and has been competing in multiple shows a year since.

“What drew me to [bodybuilding] is the individual progression,” Cox said. “It’s 24/7 — getting correct meals and monitoring water intake. There’s a lot of boxes you need to check off and maintain discipline.”

“It’s very important to have a good circle of people around you,” Cox said, adding the support that he’s received from his mother, Helen Cox, and father, the late Clark Cox . “It’s not a team sport, but I’ve been lucky to have a team around me, of friends and family, who have believed in me since day one.”

Cox said he’s suffered a few health-related setbacks in the past few years, and contemplated retirement. However, with the help of a world-class dietician, Cox couldn’t give up his goal and pursuit of the pro card.

“Something pushed me to just give it one more shot and go all in,” Cox said, who recently turned 30.

In preparation for nationals, Cox said he wasn’t able to eat a proper Thanksgiving meal due to his diet.

“The cake I ate after winning my pro card and the overall national championship tasted so much better,” Cox said. “It was worth it, all the ups and downs.”

Cox said this win will hopefully create some momentum for the next phase of his career. His pro debut is set for next summer. If he earns a win at a pro show or accrues enough points through top three finishes, he may compete at the highest level of bodybuilding— Mr. Olympia.

The 2022 IFBB Pro League Charlotte Pro is an “Olympia Qualifier” that will draw professional athletes from around the world, including Cox. It’s set to take place April, 15-16, 2022 and is the first time that a major bodybuilding competition has been held in North Carolina in a few years.

Cox said he still wants to be a coach first, and be able to bring his experience for his clients. He also added that he’s launched a fitness and consulting business focusing on adult rehabilitation with his friend Jonathan Pope.

“There’s so much that goes into that look for those few minutes on stage that people don’t see,” Cox said about the sport. “I feel like bodybuilding has helped enhance who I am, not just my body, but learning from my failures.” 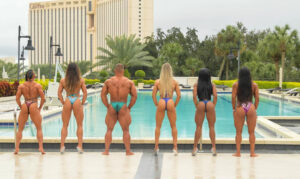