Are You Too Young To Start Your “Fitness Journey”? How Young Is “Too Young” For Kids To Lift Weights? 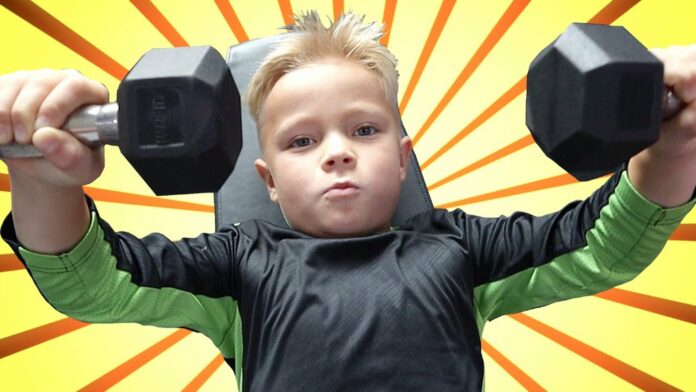 We’re used to seeing kids play team sports, like soccer and baseball, at a young age. And strength-based activities like climbing on monkey bars are time-honored childhood pastimes. But somehow, lifting weights looks wrong to many of us when kids are the ones doing it. But how young is too young to pick up a barbell? Lifting won’t stunt a child’s growth, but it is important to start safely.

Why strength training is important for kids

First, let’s talk about whether it makes sense for kids to train for strength. Lifting weights is just one form of resistance training—others might include bodyweight exercises like pushups, or work with resistance bands, machines, or other equipment. So “strength training” doesn’t only mean “lifting.”

The American Academy of Pediatrics, in their position paper on strength training, points out that strength is important for kids’ health, as well as their sports performance (if they play a sport). Strength training is also a gateway to spontaneous physical activity, according to a few studies they cite, making it a great introduction to exercise for kids who don’t like running or other aerobic activity.

Heavyweights are okay for kids

In the past, experts have said it’s okay for kids to strength train, but they have often shied away from recommending actual weights or, in particular, heavyweights. For example, finding a one-rep max was sometimes considered inappropriate for kids.

But research shows that one-rep max testing is perfectly safe for kids when performed appropriately with proper technique and supervision from a qualified person, such as a coach. You shouldn’t let your kids just go HAM in a home gym with heavyweights and bad technique—but that’s not good for adults either.

No, but the myth didn’t come from anywhere. Growth of long bones (like those in the arms and legs) occurs near the end of each bone, in something called the epiphyseal plate or growth plate. It’s possible, although rare, for this plate to be damaged so badly that the bone can no longer grow.

There are a few reports of kids who injured their growth plates, but according to the paper that the AAP cites on one-rep maxes, those injuries didn’t occur during safe, well-supervised strength training. The authors write:

“This issue needs further study and evaluation because most of the forces that children are exposed to in sports and recreational activities are likely to be greater in both exposure time and magnitude compared with competently supervised and properly performed maximal strength tests”.

In other words, lifting a heavyweight isn’t any harder on a kid’s body than the stuff kids do anyway.

When can kids start strength training?

There’s no specific age for starting to train with weights, and the AAP recommends tailoring training to a child’s maturity and experience. For example, as soon as a child is old enough to play sports, they are old enough to do some strength training. The AAP gives the example of one-leg hops as a strength exercise that is doable and appropriate for most 5-year-olds. On the other hand, a 14-year-old who has been inactive is starting from scratch.

Bodyweight exercises (like those hops) will come first, with weighted exercises following later when the kid is ready for them. But that’s because you want the kid to have a sense of how to exercise and how to use good technique, not because there’s a minimum age for any specific exercise.

How to make sure kids are strength training safely

According to the AAP paper, the components of a safe strength training program for kids look a lot like those for adults:

The AAP recommends talking with a child’s doctor before starting a weight training program if the child has high blood pressure or an uncontrolled seizure disorder. Children who have certain heart problems or have been treated with certain chemotherapy medications may need to modify their training, as well.

The AAP also emphasizes that children should take time to learn good techniques and that they should use relatively lightweights in the process—say, sets of 8 to 12 reps at 60% of their max. Once they’re good at a given exercise, heavier sets of fewer reps may be appropriate. Sessions should be 20 to 30 minutes long and occur two to three times a week.

All of this should look familiar if you’re into strength training yourself. I’ve been training my 11-year-old in our home gym and our program looks very much like what the AAP describes. (The 8-year-old and the 5-year-old don’t train on a regular basis, but I supervise and encourage them whenever they show interest.)

I’ve found that half the planning is in keeping a child interested and having fun. If my kid hates an exercise or isn’t comfortable with it, we find another exercise that works similar muscles. For example, he does goblet squats instead of barbell back squats, but he also loves doing the regular barbell bench presses. I spot him on every set, watching his technique to make sure he’s not only safe but also lifting effectively. I want him to get stronger, but more importantly, I want him to feel comfortable in the gym and to know that exercise is something enjoyable and worthwhile. That’s a lesson that will stick with him for life. 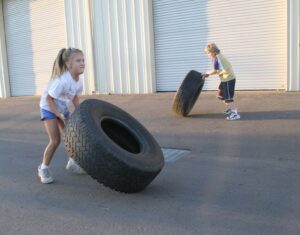 Here Are some Quick Tips To Help You “Look And Feel...

After Cancellation, Delays, “The Arnold Sports Classic” Is Set To Finally...