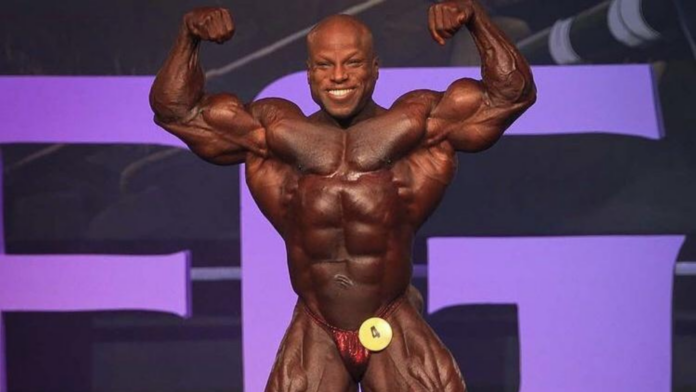 There was plenty of talent on stage on Sunday afternoon. In the Men’s Open division, the most exciting story was Shaun Clarida’s Men’s Open debut. Ultimately and seemingly against all odds – Clarida was victorious despite only weighing just under 175 pounds – much lighter than a typical Men’s Open competitor.

The first hint of Clarida’s path to victory was during the prejudging round – where he was placed center during the final callout – a sign the judges were comparing all competitors to Clarida’s physique. He later brought the victory home in the finals.

Shaun Clarida made his debut in the Men’s Open division on Sunday. He is coming off a second-place finish at the Olympia 212. Clarida won the event back in 2020 before finishing second to Derek Lunsford this year. Clarida displayed a strong physique with his usual mix of size and conditioning.

Clarida had his work cutout for him in this contest going up against the likes of Sergio Oliva Jr. and Regan Grimes. After a disappointing outing in the Olympia, Grimes hired a new coach and made immediate changes. This paid off as he displayed an even bigger physique that will only continue to improve. Sergio Oliva Jr. was also present at the event. He has turned into one of the best posers in the world.

Cedric McMillan made his return to action this weekend. McMillan missed time with an injury and was forced to sit out of the Arnold Classic but appeared on the broadcast. Sadly, McMillan’s bad luck continued as he mysteriously did not compete in the finals after performing during prejudging. No official statement has been made – but it is rumored that a sudden sickness took him out of the finals. Maxx Charles and Patrick Moore added even more star power to the competition. There was plenty of size present on stage on Sunday and the event did not disappoint.

There were six events in total at the 2021 Legion Sports Fest Pro looking for an automatic bid to the Olympia. The full results have been announced and can be found below! 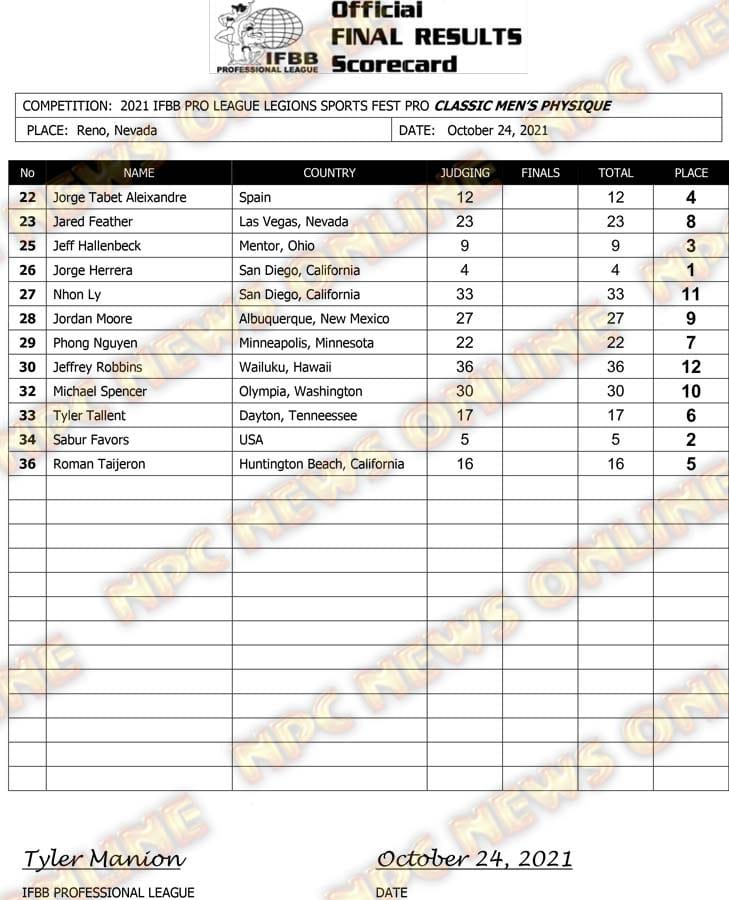 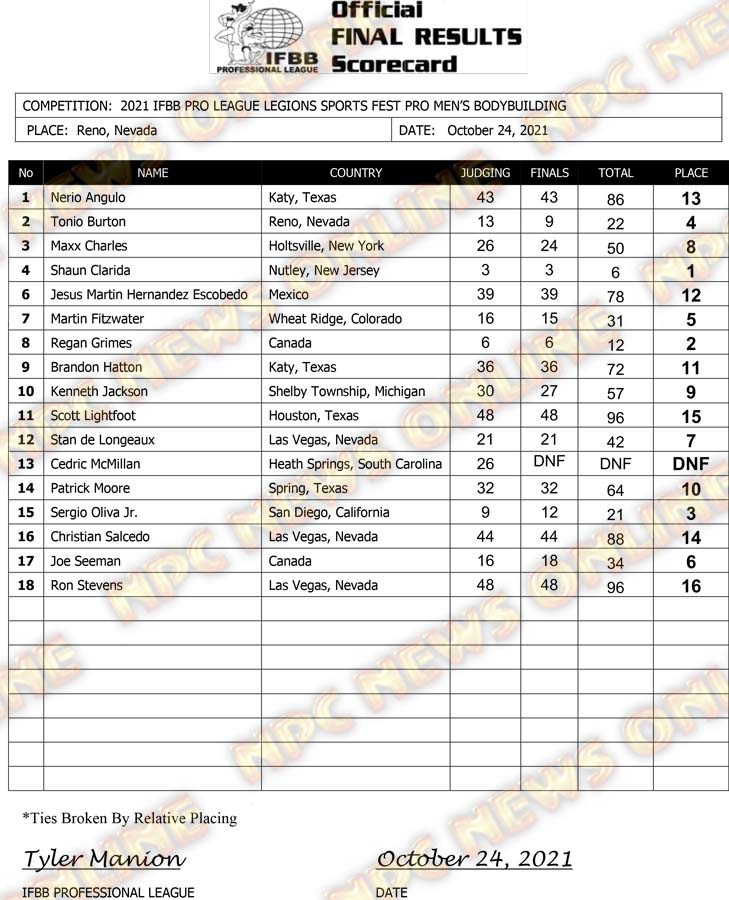 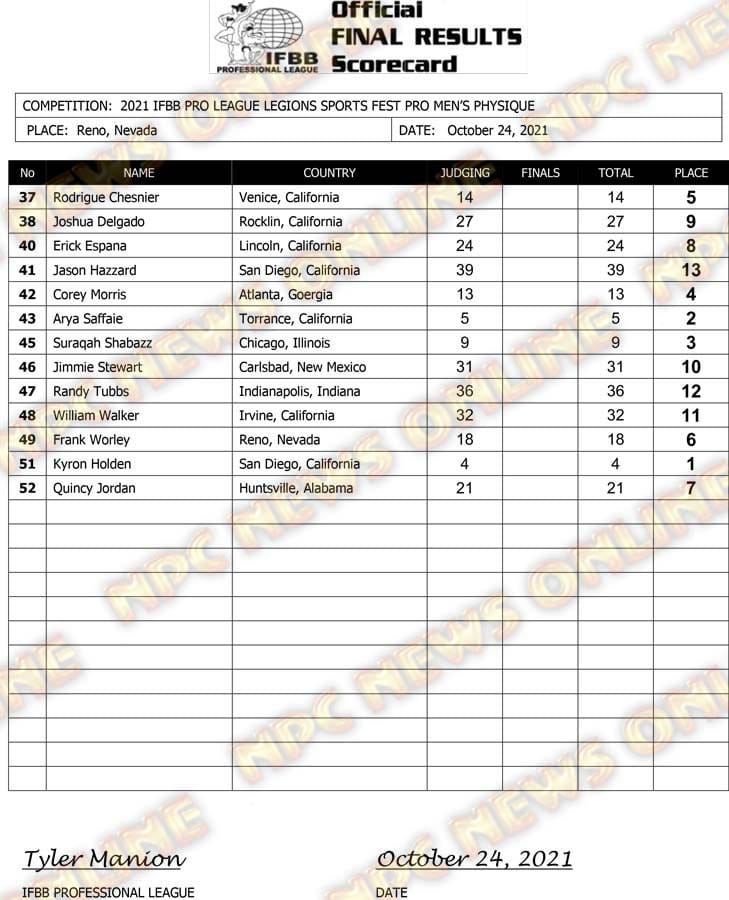 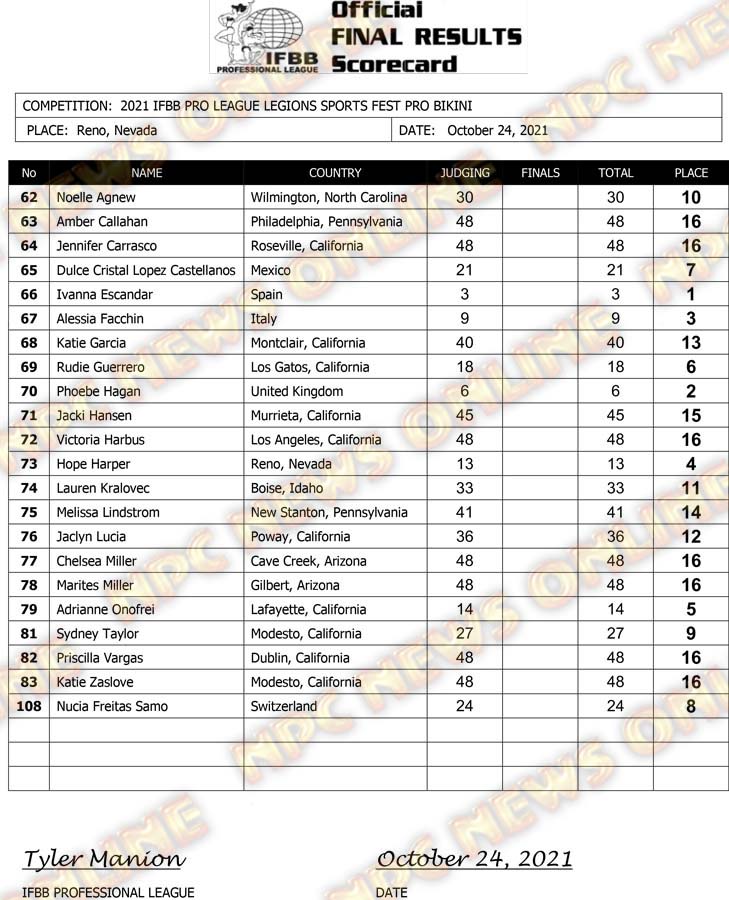 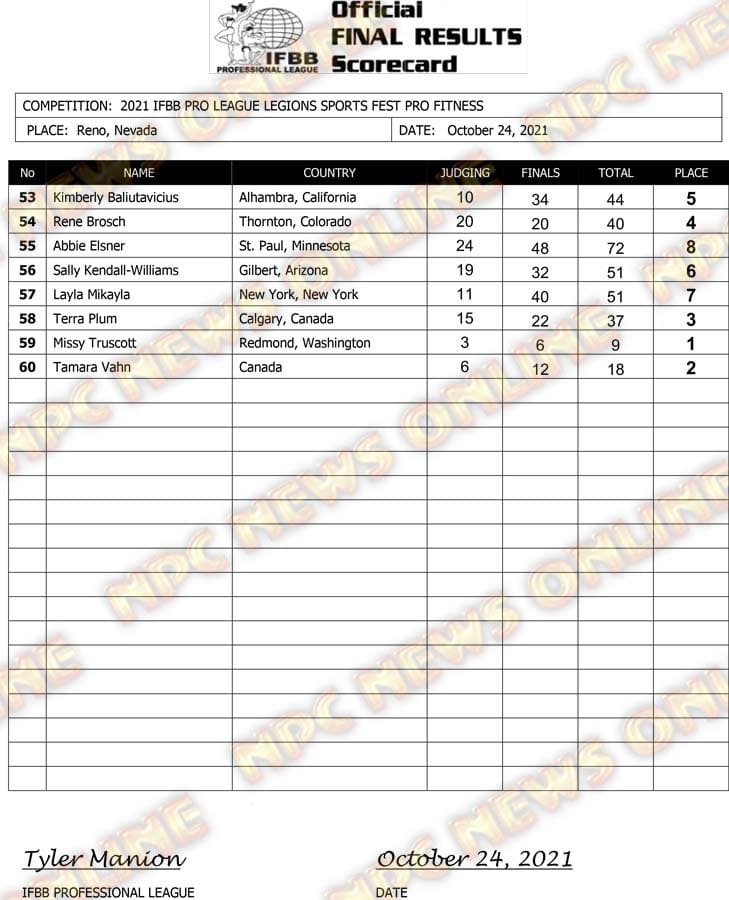 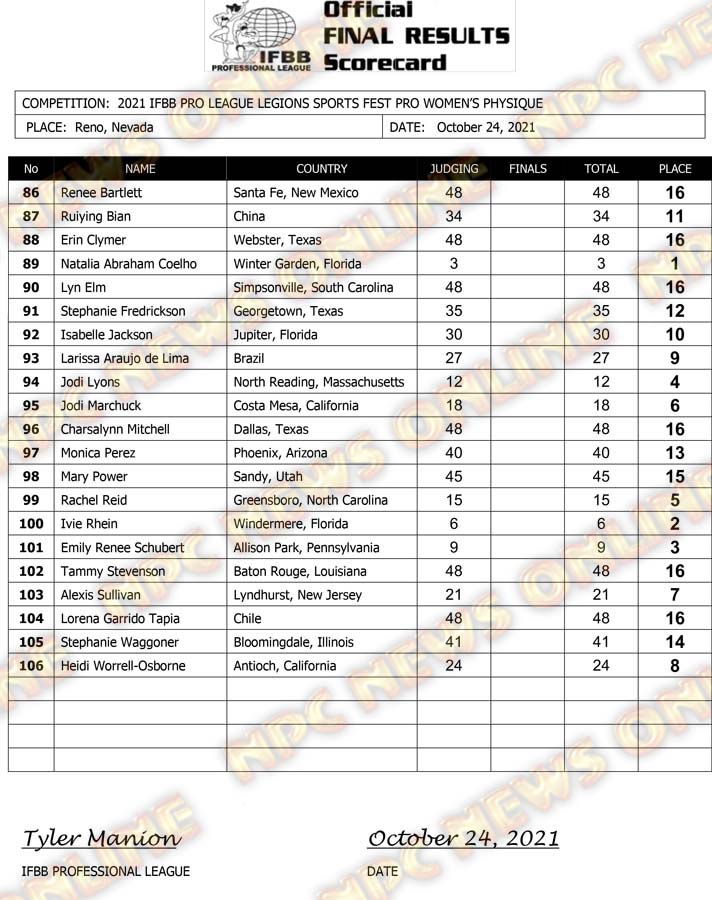 IFBNewsfeed.Org wishes to congratulate all the great athletes who earned a win at the 2021 Legion Sports Fest Pro. Make sure to check out our full IFBB Pro results page from this year and previous years right here to catch up on any action you may have missed!