The 5 Best Strategies To Master The “Sumo Deadlift” Easily 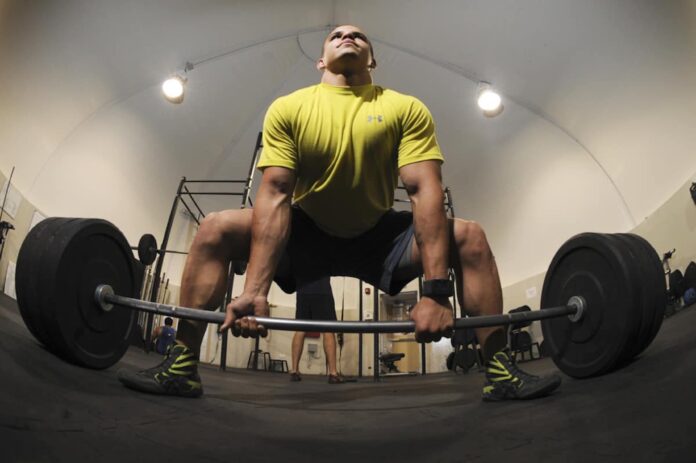 The sumo deadlift has the lifter widen their stance and lift a barbell with their hands inside of their thighs. Compared to the conventional deadlift, which is done with a narrower stance and the hands outside of the legs, it’s generally easier on the lower back and allows the lifter to pull heavier weight. Also, the Journal of Sports Science Medicine reported that the sumo deadlift is more effective for lifters with longer torsos and less deadlift experience. (1)

Perform the Master the Sumo Deadlifts with these Five Tips

Deadlifts are some of the most brutal exercises which train your complete body. There are many variations of the deadlifts which will keep you from getting bored of the exercise. Sumo deadlifts have a greater impact on your hips, glutes, and posterior chain.

Due to the limited range of motion, this variation of the deadlifts can enable you to lift heavier weights as compared to the traditional deadlifts. The sumo deadlifts are great for people who have a stronger lower body.

Since you get into a squatter stance while lifting the weights, your lower body does more work in this variation as compared to the traditional deadlifts. Sumo deadlifts are an advanced exercise and you need to perform them correctly to get the most out of them.

1. Find a Stance Which Works For You

There are no hard or fast rules when it comes to the sumo deadlift stance. The stance will vary for people based on their height and mobility. Some people have a false notion that the wider your sumo deadlift stance, the better it is. Most people need a moderate sumo stance to lift heavy weights while maintaining the correct form.

2. Get Your Body Behind the Bar

Some people make the mistake of ducking out their toes, doing this automatically puts the bar an inch in front of them. On the other hand, some people stand on top of the bar which is not the best position to start either because the bar can bump into your knees on the concentric movement.

3. Point the Toes Out

If you stand with your feet completely “ducked” out, the bar will be an inch in front of you which can make it harder to lift it off the ground. Turn your feet slightly out as doing this will make the lift shorter and easy.

4. Generate Torque and Push Your Hips Through

As mentioned above, the sumo deadlifts are the hardest at the bottom of the movement. You need to generate a lot of torque to crack the bar off the floor. Make sure you push your knees out so they don’t come in the way of locking out your knees.

If you’re a competitive powerlifter, you will need to stand with your knees and back locked out at the top of the movement. Drive your hips into the bar to finish with a smooth lockout. Some people make the mistake of overextending their lower back which can unlock their knees.

The hand placement while performing the sumo deadlifts can be tricky. Some people like to have a wider than shoulder-width grip while others like to keep their hands close to each other. Shoulder-width hand placement can prove to be the most optimal.

Holding the bar too wide can put extra tension on your lower back while a close grip can make it hard for you to balance the bar.

The Reasons “Why You Should Be Performing” Full-Body Workouts

Check Out Those “Best Rubber Dumbbells To Build And Tone Muscle...

The “5 Best Effective And Simple Upper—Body Strength Routines” You MUST...