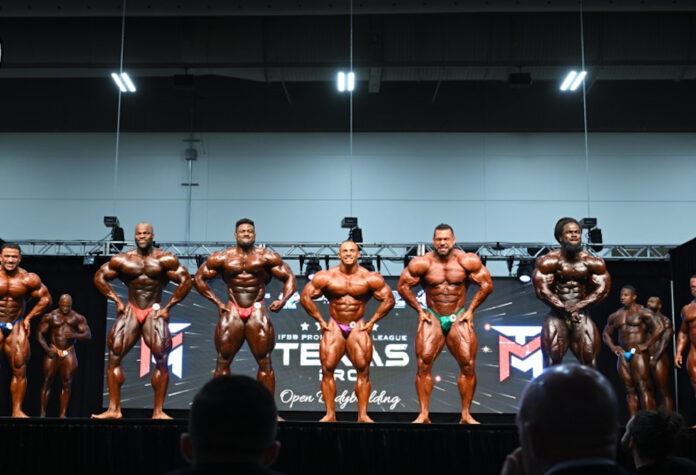 The 2022 Texas Pro took place on August 12-13, 2022, in Irving, Texas. Eight bodybuilding divisions were featured at this show. Competitors from 212 Bodybuilding, Classic Physique, Men’s Open, Men’s Physique, Bikini, Figure, Women’s Physique, and Wellness took to the stage looking to earn the invitation to compete at Mr. Olympia in December.

The 2022 season of bodybuilding is underway with athletes gathering from around the world, presenting their physiques, in hopes of securing a coveted invitation to the Olympia contest this winter. This year’s 2022 Olympia will take place from Dec. 15th – 18th in Las Vegas, Nevada.

The qualification period for the biggest IFBB Pro League show of the year began September 13, 2021, and runs until November 20, 2022.

The top 10 for the men’s open are below:

In the end, Jacked was declared the champion. Fitzwater came in second in what was considered just as big of a surprise, and Kuclo finished in third place.

There are very few people that can outsize Kuclo, but Jacked certainly did. At 6’2”, he was the tallest man in the lineup, and he appeared to have as much muscle as the “King Snake,” if not more. The 2022 Arnold Amateur winner made his pro debut, and he joins a list of champions such as Hunter Labrada, Sergio Oliva Jr, Phil Heath, and Flex Wheeler as athletes who won their first shows in their first contests. He will also go to the 2022 Olympia as a competitor for the first time, but he’s already committed to competing in the Arnold Classic UK contest before that.

Fitzwater didn’t have the size that Jacked on Kuclo did, but he was ripped and holding little water underneath his skin. This is his highest placing as a pro, and it’s boosted his confidence that he beat more experienced veterans in this lineup. If he does another show this year, he will be a threat to win a title and move on to the Olympia as well.

The home state contender had his fans behind him at this show. This is the second straight year that Kuclo was considered the favorite going into the contest but was unable to convert the victory. The judges had him squarely in third for both rounds of judging. As was the case in 2021, the men that placed ahead of him this year were simply on their A games. There is no word on if or when Kuclo will compete again. 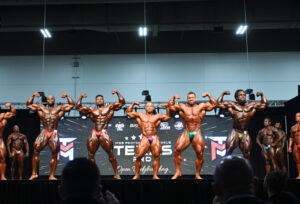 Over 100 IFBB Pro League competitors faced the judges in Irving. The winners of each of the eight divisions are all moving on to the 2022 Olympia, while the second through fifth place finishers will earn Tier 4 points in the Olympia Qualification System.

The top 10 final standings for the other seven divisions are below.

IFBNewsfeed.Org wishes to congratulate all the great athletes who earned a win at the 2022 Texas Pro. Make sure to check out our full IFBB Pro results page from this year and previous years right here to catch up on any action you may have missed!