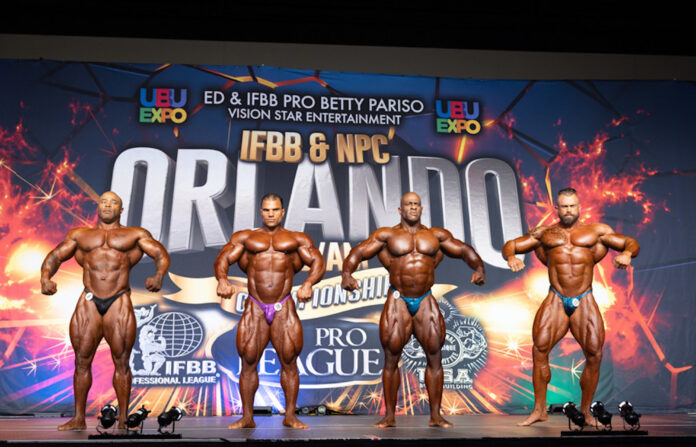 Hassan Mostafa is the winner of the 2022 Orlando Pro. On July 2, 2022, Mostafa placed first out of 12 Men’s Open competitors in the Orange County Convention Center in Orlando, FL. With this win, Mostafa has gone two for two in pro shows after winning the Puerto Rico Pro less than one month ago. Andrea Presti of Italy came in second, and Phil Clahar rounded out the top three.

The final standings are below. Only the Men’s Open division competed.

No competitor appeared to be off the mark, which means the fans were treated to a great contest. Hassan won both rounds of judging, so he was the clear winner in this lineup. Hassan’s overall size and muscle density won this show, especially in his legs.

Typically, the winner of every Men’s Open show earns qualification to the 2022 Mr. Olympia, scheduled to take place Dec. 16-18 in Las Vegas, NV. However, Mostafa has already qualified thanks to his Puerto Rico Pro win less than one month ago. Thus, no invite to the Olympia was given.

Weighing around 255 pounds, Presti has a symmetry that some fans of Classic Physique can appreciate. His proportions and balance were evident in every pose he performed. The only issue he had compared to Mostafa was with the lower body. Mostafa’s legs are bigger, and he has more separation. Presti’s look from the back is one that many competitors wish they had, and he will hope to replicate that in whatever contest he enters next.

The Florida man, Phil Clahar, was on his home turf and represented his home state well. His strength is posing from the front, such as the front lat spread. His muscles weren’t as full and pumped as the other men that placed ahead of him in prejudging, which is why he took third in Orlando. He corrected that issue in the finals, and his posing routine was impressive.

The second through fifth-place finishers earned Tier 4 points in the Olympia Qualification System. At the end of the season, the top three finishers in that group will be invited to Mr. Olympia.

Walter Martin had competed in prejudging, but he wasn’t able to compete in the finals. As a result, he officially didn’t place and was listed on the scorecards as “DNF.” There is no word on what happened or why Martin didn’t finish the competition.

The next Men’s Open contest will be the 2022 Mr. Big Evolution Pro from Portugal. That show will be held the weekend of July 8-10, 2022. No confirmed athletes for that competition have been announced as of yet. 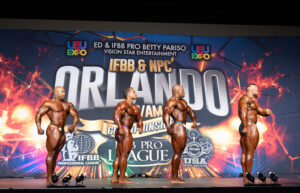 IFBNewsfeed.Org wishes to congratulate all the great athletes who earned a win at the IFBB 2022 Orlando Pro Bodybuilding Show. Make sure to check out our full IFBB Pro results page from this year and previous years right here to catch up on any action you may have missed!

Facebook
Twitter
Pinterest
WhatsApp
Linkedin
ReddIt
Email
Previous articleHow “To Do Squats Correctly” And The “Top 10 Benefits” of Incorporating Squats In Your Workout Routine
Next articleMichal Križánek Switches From IFBB Elite Pro To National Physique Committee (NPC) And “Hopes To Become An IFBB Pro” And Compete At The Mr. Olympia Stage