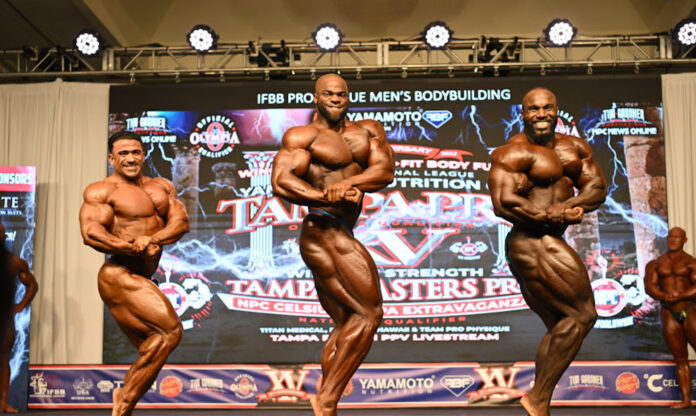 The IFBB Pro League Tampa Pro — one of the more popular pro shows on the bodybuilding circuit — is currently taking place from August 4-6 at the Grand Hyatt Hotel in Tampa, FL. Ten pro divisions will pose down for qualification to the 2022 Olympia, set to occur on Dec. 16-18 in Las Vegas, NV.

IFBNewsfeed.Org will update this page with results as they are announced throughout the weekend.

So far, big wins include Keone Pearson in the 212 division, Courage Opara in Classic Physique, and Jessica Reyes Padilla in Figure. Check out the complete results below: 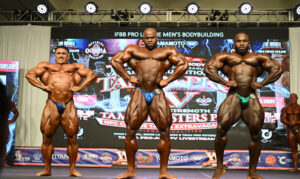 This was Williams’ first contest of 2022, and he needed the win to qualify for the Olympia. The Legends of Iron podcast co-host appeared bigger at this show than when he won the 2021 Puerto Rico Pro. Williams made a little history as well, becoming the first two-time Tampa Pro winner since the contest started in 2008. He now moves on to the Olympia, where he hopes to surpass his previous best placing of the sixth, which he scored in 2020.

Elgargni’s made his Open debut, and he was far and away the most conditioned man on stage. His issue may have been that he was outsized by Williams, who, in addition to being large, was ripped as well. Elgargni will now move on to the Texas Pro in Irving, TX on Aug. 13, 2022, to see if he can score his first pro open win there.

Canadian Quinton Eriya had great symmetry, and his legs looked fantastic in every pose he hit. He just didn’t have the overall size that Williams did, nor was he as conditioned as Elgargni. Nonetheless, his star has been rising, and standing next to two bonafide bodybuilding stars only makes his next contest appearance that much more intriguing. This is his second top-three finish since his pro debut in 2019. He was the runner-up at the 2021 Toronto Pro to winner Joel Thomas. As of this writing, he hadn’t announced what show he’s doing next.

Olympia President Dan Solomon was honored during the finals on Aug. 6 by receiving the Ben Weider Lifetime Achievement Award. Solomon was honored for his contributions to bodybuilding through media as well as his work since taking the helm of the Olympia in 2019.

About the Tampa Pro

The Tampa Pro has been held every year since 2008 when it was first introduced by Tim Gardner Productions. Over 200 IFBB Pro League athletes are competing across all 10 divisions that were presented at the 2022 show. Men’s wheelchair was the only division that was absent.

The Men’s Open contest has had 14 different champions in all 14 years it has been held. The show received a jump in awareness this year thanks to former Olympia 212 champion Kamal Elgargni announcing that he would be competing in this show. The contest was streamed on internet pay-per-view on the TGP website. 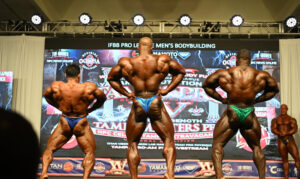 IFBNewsfeed.Org wishes to congratulate all the great athletes who earned a win at the 2022 IFBB Tampa Pro. Make sure to check out our full IFBB Pro results page from this year and previous years right here to catch up on any action you may have missed!

Facebook
Twitter
Pinterest
WhatsApp
Linkedin
ReddIt
Email
Previous articleThe “7 Best Bodyweight Workouts” to Build Strength, Stability, And Muscle Insanely
Next articleTop Movies “That Inspire You To Get In Shape” And You Should Consider To Watch Them

Arnold Sports Festival: The US Arnold Classic 2021 Will Now Officially...