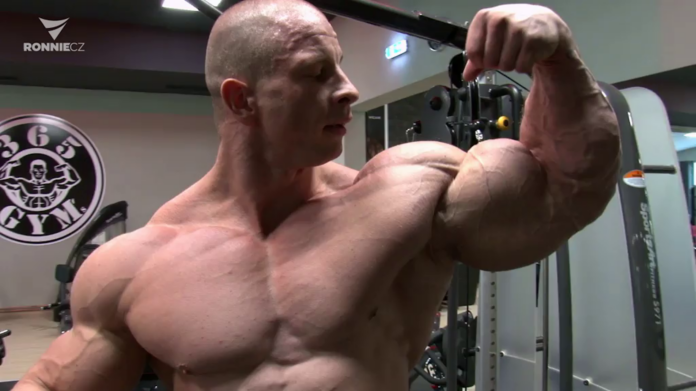 The IFBB Elite Pro athlete had a lot to say over social media after this past weekend’s show. In particular, Michal Krizo was quick to criticize Nick Walker, an up-and-coming force of nature in the IFBB Pro League. But while Krizo is still under contract with the IFBB Elite Pro, is all this talk just spinning wheels at this point?

Michal Krizo wasn’t the only one making critiques over the weekend. Bodybuilding legend Robby Robinson had a ton of things to say about modern bodybuilders. But while Robinson didn’t mention anyone by name, Krizo wasn’t shy about his thoughts on the 2021 Arnold Classic champion Nick Walker. Krizo stated how he was unimpressed by Walker’s physique at the show.

In this game criticism is just an inevitable circumstance. There will always be those who have their objective opinions about what makes a quality physique. It’s simply the inescapable truth of bodybuilding.

Michal Krizo criticizing another IFBB Pro League competitor can be taken in a number of ways. While it could just be some lighthearted ribbing, the reality is that Krizo still competes under the IFBB Elite Pro banner. Until he makes the switch over to the IFBB Pro League, everything he says is a moot point. That said if Krizo does plan on making the leap at least all this trash-talking can be backed up. Until then it will only allow for speculation and internet discussion.

UPDATE: Michal Krizo has since apologized for his statements. On Instagram, Krizo explained himself.

What do you think of Michal Krizo and the state of modern bodybuilders?