Science Reveals “One Major Side Effect” Of Lifting Heavier Weights 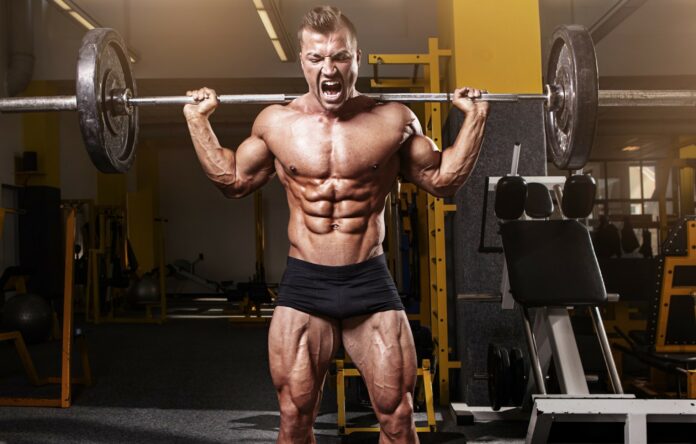 Here’s a weightlifting fact that surprises a lot of people: Bigger muscles don’t necessarily mean enormous strength. In fact, bigger muscles mean bigger muscles. As Superman actor Henry Cavill just revealed to our sister site Celebwell, he doesn’t lift huge weights to get his enormous arms—he actually lifts smaller weights to pump as much blood to his muscles as possible to grow their size. “You’re doing micro-tears and you’re creating size in the muscle and not necessarily huge amounts of strength,” he explained.

When it comes to gaining strength, a new study shows why all lifting isn’t created equal.
A new study published in the journal Medicine & Science in Sports & Exercise actually backs up his beliefs about lifting. According to the study, conducted by researchers in Australia, there’s a wide array of load amounts (or “weights”) you can be lifting, but only one type of load-lifting is actually associated with not only growing the size of your muscles but also significantly improving your strength. Read on to learn more about what it means for you. And for more on the incredible benefits of strength training, don’t miss the Secret Side Effects of Lifting Weights You Never Knew, Say Experts.

Let’s get one thing out of the way first. It’s simply a fact that cardio exercise—running, cycling, brisk walking, etc.—remains the more popular form of exercise on the planet. According to some statistics, roughly 60% of all exercisers don’t strength train at all, which is nearly double the amount who don’t engage in aerobic exercise. Now, if you believe the top doctors, trainers, and other exercise experts, this needs to change—and especially if you’re getting older.

Strength training will help you burn fat and manage your weight, improve your balance and coordination, help you sleep, build your muscle mass, and, yes, even improve your self-esteem. It’s crucial to lift weights as you age.

One study published in Medicine & Science in Sports & Exercise concluded that women who lift weights are 17% less likely to develop heart disease than those who don’t. Another study published in the same scientific journal reports that as little as under an hour per week spent lifting weights can reduce the risk of heart attack or stroke by 40 to 70%.

“For both men and women it can be hugely beneficial,” Traci D. Mitchell, PT, a health coach and author of The Belly Burn Plan, explained to us. “Not only does strength training increase muscle mass, which boosts metabolism, but it also boosts the body’s natural collagen production. It’s critical we have optimal collagen levels to maintain joint health. It’s produced at high levels until 18. Around 25 it drops, then swan dives after 40.”

If you’re still not convinced on the importance of hitting the weight room, know that one study published in The American Journal of Medicine concludes the more muscle mass an older adult has (again, muscle mass is gained through strength training), the less likely that person is to die prematurely.

The new study published in Medicine & Science in Sports & Exercise analyzed 28 studies that included information on more than 700 healthy adults, and the amounts of weights that they lifted. At the end of the study, they found that different types of weights all were capable of increasing the size of your muscles (for the record, it’s called “hypertrophy”), but only people who lifted higher or moderate loads significantly improved their strength.

“That means lighter loads may ‘grow’ your muscles, but it’s the heavier weights that will make them much stronger, according to lead researcher Pedro Lopez, M.Sc., Ph.D.(c), at the Exercise Medicine Research Institute at Edith Cowan University in Australia,” observes Runner’s World.

According to Lopez, when you lift heavier weights instead of lighter weights, you’re simply forced to use more muscle fibers to complete the lift. “That improves coordination within and between muscles in ways that contribute to more force,” wrote Runner’s World. “Translation: More strength through increased firing frequency.“

Our resident trainer, Tim Liu, C.S.C.S., recommends that people lift either 2 or 3 days per week—Lopez agrees. As for knowing that you’re lifting heavy enough, he says that you should be able to perform between 8 and 12 reps in a set and feel fatigued. If you can do more than 12 in one go and you’re not tired, you’re not lifting heavy enough. If you’re in the market for some great workouts to try, here you go:

Facebook
Twitter
Pinterest
WhatsApp
Linkedin
ReddIt
Email
Previous article
Are You Too Young To Start Your “Fitness Journey”? How Young Is “Too Young” For Kids To Lift Weights?
Next article
Mr. Olympia 2021: Here Is “The List Of Qualified Competitors” And Point Standings

A Number Of “High-Profile Bodybuilders” Died. One Of The Most Notable...