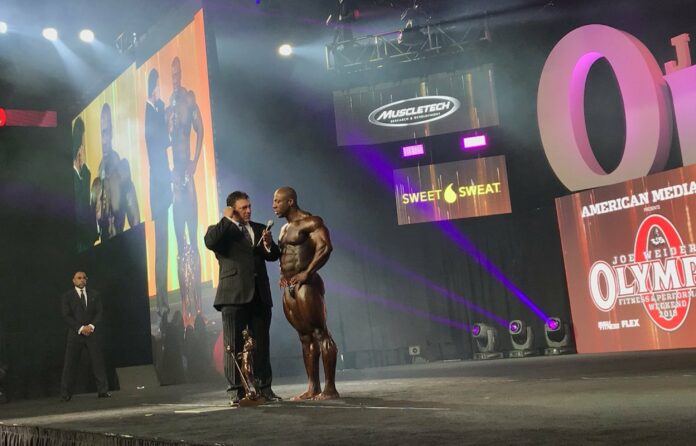 Shawn Rhoden (April 2, 1975 – November 6, 2021) was a Jamaican American IFBB professional bodybuilder and former Mr. Olympia. He won the 2018 Mr. Olympia contest by defeating seven-time Mr. Olympia Phil Heath. He was the oldest bodybuilder to win the Mr. Olympia title, at the age of 43 years and five months.

On July 12, 2019, a TMZ story said that he was accused of a rape in October 2018. The article also revealed that an arrest warrant was issued and bail was set for $750,000.[2] Shortly after the story surfaced, he was banned from competing at the 2019 Mr. Olympia and future Mr. Olympia competitions.[3]

The 2018 Mr. Olympia hadn’t competed since he won that title, but he was still very involved with the sport at different levels. Out of the 16 Mr. Olympia winners going back to 1965, Rhoden is the fourth to pass away. He is survived by one daughter, Cora Capri. Rhoden reportedly suffered a heart attack on Friday. As the tributes below show, his impact on the sport was far beyond the stage.

Everyone at IFBNewsfeed.Org extends their condolences to those close to Shawn Rhoden and his loved ones as well as his fans around the world.

“I really can’t believe or comprehend what is going on right now. We shared so many great memories together. We traveled the world, talked endlessly about our little girls. My heart goes out to your beautiful princess I can’t believe today she lost her dad her superhero. I’m still in shock and I’m disbelief.I love you brother. I’m gonna miss you. R.I.P.” – Juan Morel, IFBB Pro Bodybuilder

“Very sad news, very sad. What can I say… Rest in Peace Champion 🏆. You deserved much more. My condolences to his family and friends. 🙏 RIP .” – Francis Benfatto, IFBB Bodybuilding Legend

“I heard the news hours ago and I just didn’t accept it and believed it was a ridiculous rumor – but to my devastation, and thousands of others – the rumor is true. 😔 Our brother of Iron, 14th Mr. Olympia, and my dear friend Shawn Rhoden has passed away today. My sincere condolences to his family and loved ones. ❤️🙏🏻 RIP Shawn” – Milos Sarcev, Coach and Retired IFBB Pro Bodybuilder

“I am shocked to hear of the passing of Mr. Olympia @flexatronrhoden It’s very sad to hear of his passing. He had always been a gentleman towards me. Shawn had one of the most aesthetic physiques in bodybuilding. My condolences to his family. #rip #ripbrother “ – Rich Gaspari, 1989 Arnold Classic Champion 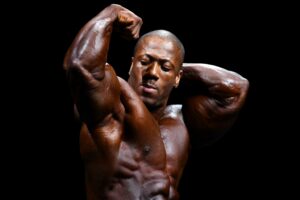