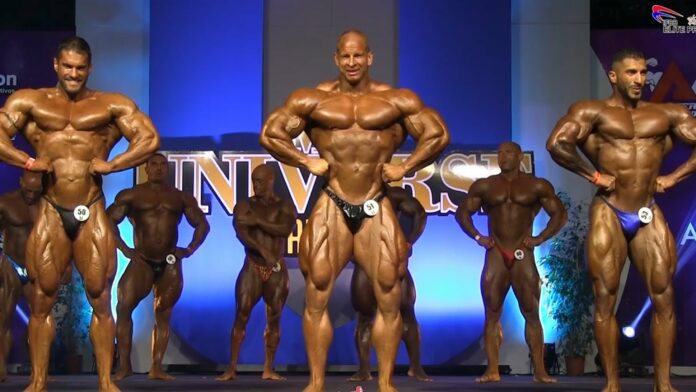 While the biggest event of the weekend was the Arnold Classic UK 2021, this weekend also held the Elite Pro Mr. Universe Pro. Held on October 2nd, Michal Krizo dominated and earned first place in the Men’s Open Mr. Universe Pro. This win comes after an explosion in popularity for Krizo – catching the eyes of many IFBB Pro fans in the process. Michal Krizo continues his dominant rise in IFBB Elite Pro with a big win at the Mr. Universe Pro.

Michael Krizo has been on a string of victories in the Elite Pro league as of late – and adds another title to his belt with a big win at the Mr. Universe Pro. His victories have become so eye-catching – that many IFBB Pro fans have been making comparisons of his physique to top athletes in the IFBB Pro league. Many have mused how he would be fair if he switched leagues – though it’s rumored he is in an exclusive contract with the Elite Pro league for at least a year.

During his rise in popularity and shortly before the Mr. Universe Pro competition – Michal Krizo also drew attention for his comments on the Arnold Classic 2021. Krizo took shots at Nick Walker – somewhat jokingly stating that “Nick Walker is no rival for me boys,” and also that, “bodybuilding isn’t only mass.” After receiving some criticism for the comments – he later apologized.

Michal Krizo’s victory at the Mr. Universe Pro seems to solidify his popularity across the globe. He very well may be one of the first Elite Pro bodybuilders to gain this kind of attention crossing between leagues. The Elite Pro league has been in existence since the controversial split between the IFBB Pro/NPC and the IFBB Pro International in 2017.

Second place at the Elite Pro Mr. Universe Pro was Pavel Koukal, presenting an impressive and well-balanced physique with some solid conditioning. But could not topple the massive physique of Krizo. Following Pavel was Rene Gorol in third place, followed by Carlos Blanco and Tomas Kaspar in fourth and fifth place respectively.

Originally launched in 1975 with Bob Birdsong winning the event – the Mr. Universe Pro was run until 1981. It has now been revived by the Elite Pro and returned to big acclaim in 2021. With its return, the Elite Pro aims to have the competition be one of the pinnacle events for the league season.

With Michel Krizo’s breakthrough success, we’ll continue to keep an eye on the Elite Pro competitor to see his progress through the league. It would be fantastic to see how he would fair against top-tier athletes in the IFBB Pro league – though that seems to be a far ways off if at all possible. 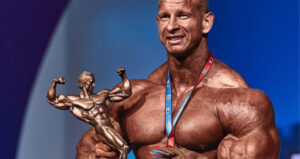