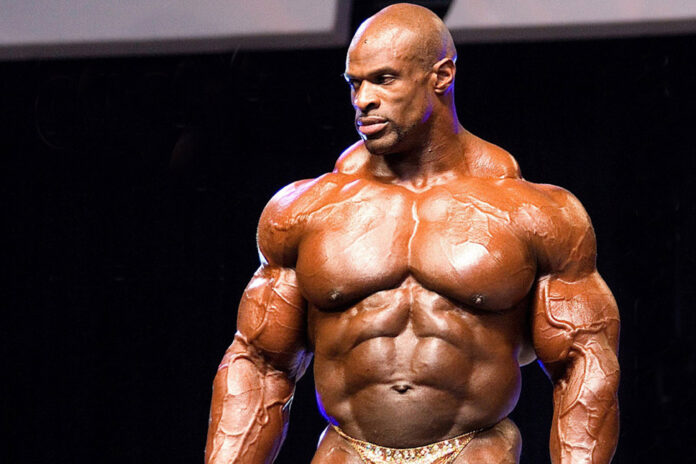 His origin story is one of happenstance.

Ronnie Coleman majored in accounting while attending Grambling but couldn’t find work in his field. Instead, he became a police officer in Arlington, Texas, where he served from 1989-2000, and as a reserve officer until 2003.

“One day I was out on a call,” Ronnie Coleman said. “One of the guys on the force saw me, and I’ve always been pretty big and muscular. He was asking where I was working out, and, at the time, I was working out at the station.”

Ronnie Coleman said his setup then was “about the size of a bathroom.”

So, his fellow officer took Ronnie Coleman to Metroflex Gym, where owner Brian Dobson first spotted him and asked him if he ever considered bodybuilding.

“He said, ‘You need to compete. … You could be a world champion one day,’ ” Ronnie Coleman said. “I told him I didn’t want to do it at the time.

“I just got on at the police department and I didn’t like being on a diet and having to take drugs like I had heard those guys did. I didn’t know anything about bodybuilding.”

A few days passed with Ronnie Coleman working out every day and Dobson trying to convince him to give it a try.

“About the fourth day, he finally said, ‘I’ll give you a free membership to the gym if you compete in this show coming up in about four months,’ ” Ronnie Coleman said. “Soon as he said that, I’m like, ‘OK.’ You should have led with that the first day.”

Ronnie Coleman didn’t know it then, but he’d steered himself toward his destiny. From an unceremonious beginning emerged one of the greatest bodybuilders on the planet.

“Ronnie Coleman was special, man,” Brain Dobson said. “He was amazing. He was supernaturally strong. Even now, his body does not carry body fat at all”.

“He literally has no body fat. None, with paper-thin skin. That’s something you either have or you don’t.”

For all his achievements, Ronnie Coleman is part of the Louisiana Sports Hall of Fame’s 2020 class that will be inducted on Saturday in Natchitoches. He is the first bodybuilder elected to the state’s sports shrine.

“I was shocked,” Ronnie Coleman, who also played football at Grambling from 1983-86, said of being honored by his home state. “Bodybuilding is not a real popular sport in the United States. I was shocked, but I was honored they would recognize my sport like that.”

Brain Dobson, however, recognized what Ronnie Coleman could be early on.

When Ronnie Coleman arrived at his gym wearing an old-school sweatsuit, Dobson said he could see the veins and muscles bulging through the material.

Brian Dobson taught Ronnie Coleman how to train as a bodybuilder, which was totally different than the power regimen he already knew.

“He taught me how to pose, and how to diet,” Ronnie Coleman said. “He taught me everything pretty much about bodybuilding.”

Ronnie Coleman enjoyed early success, including a Mr. Texas win in 1990, but his emergence on a worldwide stage took longer.

He added the Mr. Universe title in 1991 and ultimately his first Mr. Olympia crown in 1998.

Ronnie Coleman won his eight titles in a row through 2005 — tied with Lee Haney for the longest streak in Mr. Olympia history.

The rest is bodybuilding history.

“I was pretty hooked on it my first show,” Ronnie Coleman said. “I had so much fun up there on that stage. I enjoyed myself so much, even if I wasn’t winning. There were a bunch of times I didn’t win and I still had a lot of fun.” 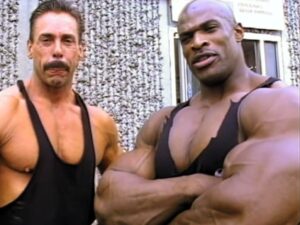