Here’s The Difference Between “Weightlifting” And “Weight Lifting” – Strength Coach 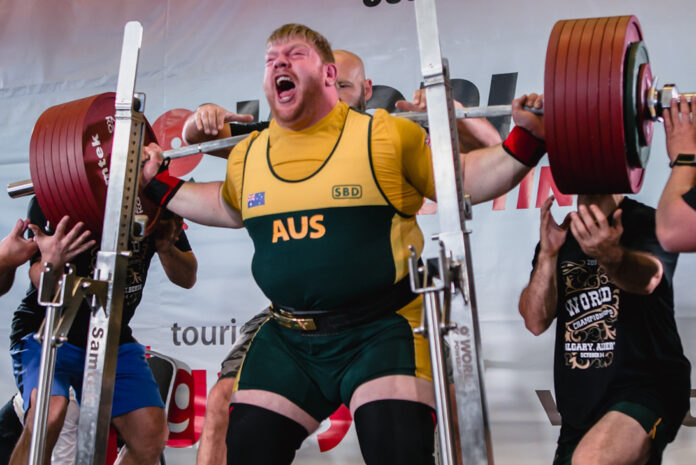 Many of us have been confused about weightlifting and weight lifting BUT in this article, Strength Coach goes deeper in more details about the difference between the two of them.

Weightlifting, often simply referred to as weightlifting, is a sport in which the athlete attempts a maximum-weight single lift of a barbell loaded with weight plates.

The two competition lifts in order are the snatch and the clean and jerk. The snatch is a wide-grip, one-move lift. The clean and jerk is a close-grip, two-move lift. Each weightlifter receives three attempts in each, and the combined total of the highest two successful lifts determines the overall result within a bodyweight category. Bodyweight categories are different for male and female competitors and change over time. A lifter who fails to complete at least one successful snatch and one successful clean and jerk also fails to total, and therefore receives an “incomplete” entry for the competition. The clean and press was once a competition lift but was discontinued due to difficulties in judging proper form.

“In comparison with other strength sports, which test limit strength (with or without lifting aids), weightlifting tests aspects of human ballistic limits (explosive strength); the lifts are therefore executed faster—and with more mobility and a greater range of motion during their execution—than other strength movements”.

The lifts performed in the sport of weightlifting, and in particular, their component lifts (e.g. squats, deadlifts, cleans), are commonly used by elite athletes in other sports to train for both explosive and functional strength.

This will be an extremely pedantic post and one that I am terribly sorry to have to write. I’ve been into weight lifting (two words) for a long time, but over the past year or two, I have gotten into weightlifting (all one word). It turns out these are two very different things.

Weightlifting, all one word, is the sport that is contested in the Olympics where people in what look like old-timey swimsuits pick up barbells loaded with kindergarten-colored weights. In one of the events, the snatch, the bar is lifted from the ground to overhead in one swift movement. In the other, the clean and jerk, the bar is lifted to the shoulders, and the lifter pauses to breathe and maybe grimaces a bit before shoving it sky-high. (You can lift more weight the second way, which is why they are separate events. Each lifter’s best snatch and best clean and jerk are added together to find out who wins.)

If you’ve never heard of this or never thought of it when you said or heard the word “weightlifting,” bear with me here.

There are many different strength sports. One is powerlifting, where people compete in the squat, bench press, and deadlift. There is a strongman, where people (not just men) lift a variety of implements like stones and kegs and log-shaped barbells, chosen according to the promoter’s whims. And there is bodybuilding, where the weights are lifted in the gym year-round, and then the competitors diet off as much body fat as they can and get up on stage to show off their muscles in an event formatted like a beauty pageant.

You can also, of course, just lift weights. This isn’t weightlifting; it’s “lifting weights” or “lifting” or “strength training.” You can, if you must, call it “weight lifting.”

I hate that I have been forced to become so pedantic about this. Weightlifting is an awful, terrible, no-good, very bad name for one of many sports in which people lift weights. Powerlifting, by the way, is almost as badly named; the Olympic lifts showcase power and the “power lifts” showcase strength. So people like me are left protesting that we are weightlifters, not powerlifters or bodybuilders, and the average person curling a dumbbell in the gym has no clue why we care so much about whether or not there is a space between “weight” and “lifting.”

The problem, ultimately, is that nobody ever came up with a better name for the sport they have in the Olympics. Some people will call it “Olympic lifting,” leading to confusion when you tell your friends that you do it but also that you are not going to the Olympics for it.

Crossfitters have found a workaround by casually referring to “only lifting,” which I support in theory, but weightlifters have not embraced the term. We compete in weightlifting and clarify what we mean by saying “you know, weightlifting,” while miming the motion of a snatch. I’m sorry. This is the best we have for now. 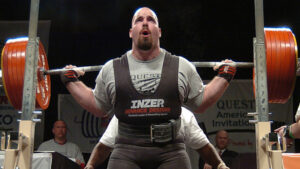 Facebook
Twitter
Pinterest
WhatsApp
Linkedin
ReddIt
Email
Previous article
Plan Ahead Your Diet If You Want To Lose Fat: “Meal Plans” vs. “Flexible Dieting for Fat Loss”
Next article
The Basics of Weight Training: A Fundamental Guide to “Weight Training”

3 Reasons Why “Staying Lean For Muscle Growth” Is Smart Move, Especially When We Focus On Health

A beginner’s guide to weight lifting: How to get started and...