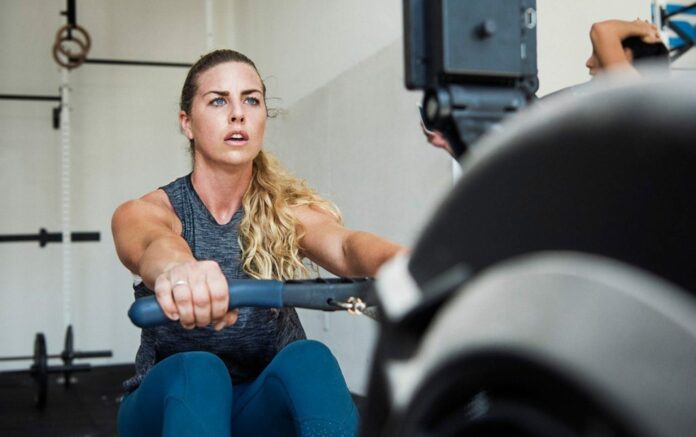 If you’re struggling to pump out that last rep, your conditioning may be lacking. Here’s how to fix it.

Your conditioning has to be on point to improve your performance in and out of the gym and get a better body. But what is conditioning exactly (other than a fitness buzzword)? We’ll dive into that below, but it’s a catch-all word used to describe your work capacity, or your ability to lift weights, sprint, and maintain an elevated heart rate for an extended period of time.

A well-conditioned athlete will be able to pump out more reps in the gym, pack on more muscle, lose fat more quickly, and be an all-around healthier person than someone who’s solely focusing on strength or power. That’s because the person focusing on conditioning is working on every aspect of fitness — strength, power, endurance, coordination, flexibility, and more.

Yet too often, workouts are categorized as muscle-building or endurance sessions — forcing you to pick between one or the other. It doesn’t have to be that way, and in this article, we’ll explain why you should work on your body’s conditioning to improve your strength and agility in and out of the gym.

You may hear some people describing conditioning as a synonym for cardio, and while there are some similarities, there are some significant differences. Both require elevated heart rates, and both aim to help you lose fat and increase your endurance.

A good way to describe the difference between the two is that cardio workouts will help you run from your car to the front door, while conditioning will allow you to do that while carrying every grocery bag in your trunk in one trip without stopping halfway. It’s a unison of strength and cardio. In other words, you’re getting stronger and faster — all while losing body fat — by focusing on conditioning.

Conditioning also puts different stressors on the body. Cardio requires steady movements, such as running, but conditioning puts you through explosive movements in short periods of time.

The movements are not steady like running on the treadmill but instead require explosive movements in a short period of time (think a one-minute burpee drill or 30 seconds of box jumps). During cardio, there’s going to come a time when your heart rate steadies itself — not so during conditioning exercises. Your heart rate will go up, drop during your rest periods, and then it goes back up on your next set.

Sure, these workouts will improve your endurance just as a sprint would, but you’re also working your muscles and improving your strength at the same time. So you’re burning calories during the workout, and because you’re toning your muscles, you’ll be set up for the long-term fat loss as well.

The benefits of improving your conditioning are vast, and we could do a separate piece just running down why you should do it. Here are just a few reasons.

Let’s revisit the grocery trip example. A strong athlete might be able to pick up the bags but if they’re not properly conditioned, then it’s a long trip to the kitchen. They might find themselves putting it down to avoid stressing their muscles and running the risk of injuring them (not that a jug of milk would tear your biceps off the bone, but it could cause some discomfort). A more apt example would be strongman athletes performing farmer’s carries. They need to be very strong to pick up those handles (which can weigh hundreds of pounds), but then they need to carry them quickly and for long distances sometimes.

Conditioning will help athletes play at higher levels for longer — it’s the reason why a 35-year-old Lebron James averages more than 35 minutes per game during the NBA Playoffs. The dude has some serious work capacity.

Another benefit is that you’ll likely be able to pack more muscle onto your frame through conditioning workouts than strength workouts alone. A 2010 study backed this up, noting high-intensity interval exercises “brings about significant skeletal muscle adaptation.” (3)

We know that more muscle equals increased fat burn, but conditioning will also bring about much more. The same 2010 study also found that high-intensity interval exercises “significantly lowers insulin resistance,” which can help treat or delay type 2 diabetes. (Though, you shouldn’t rely on conditioning work to treat any ailments. Always refer to your doctor for medical conditions.)

Another study published in the Journal of Strength and Conditioning found that a 10-minute kettlebell swing drill (with 35 seconds of work, followed by 25 seconds of rest before repeating) produced similar aerobic gains to a 10-minute treadmill run. (4) The kettlebell drill also resulted in muscle activation and increased strength, something you can’t get on the treadmill.

Sure, there are lots of physical benefits to conditioning workouts, but there’s a mental plus as well. A 2019 study found that middle-aged and older adults who participated in a strength and conditioning workout regimen had improved memories compared to their peers. (5)

Have you ever tried to walk across a thin line while keeping your balance? It’s harder than it sounds, right? That is unless you have great coordination. A great way to improve that is, you guessed it, conditioning workouts.

A 2015 study found published in the Journal of Sports Science and Medicine found that young soccer players who practiced jump roping regularly improved greatly in running and dribbling than those who stuck to soccer-specific drills. The researchers concluded that using jump ropes is a great way to improve balance and motor coordination. (6)

This is because jump roping requires total body control—you’re using your upper half, your hands, as well as the lower-half, your feet, of your body during the drill. By doing this, you’re helping your body better communicate with yourself.

Now that you know why you should be doing conditioning workouts, here’s how to do it.

As we’ve alluded to before, conditioning is about combining cardio and resistance work to raise your heart rate, improve your stamina, recruit your muscles, and make you stronger. It also involves multiple muscle groups, and most of the time involves full-body movements. Some examples are:

Conditioning work, though, requires more than just making the right moves. At the heart of this method, pun intended, it’s about varying your heart rate throughout your workout.

To make sure you’re in the right heart rate zone, you’ll need to figure out your maximum heart rate, which is just the cap on the number of times your body should be beating per minute during exercise. You can do this by undergoing a test, but an easy way to figure it out is to take 220 and subtract your age. So if you’re 30, your maximum heart rate is 190. (This isn’t scientific, and this number can vary depending on your fitness levels).

How to Program Conditioning Work

Now that you know what conditioning work is and how to do it, here’s how to put it all together in a program.

If you’re new to this type of training, try to do intense conditioning work twice a week — once in the beginning and once at the end of the week. If you’re at a higher fitness level, aim for three to four times a week.

If you’re doing a conditioning program that requires weights, aim for a weight that’s not so light you can do it easily throughout each move but not so heavy you want to give up before your halfway done. Stick with a weight that starts to feel heavy around the third-to-last rep.

You’ll typically want to do 10 reps of each exercise before moving onto the next move. If you’re doing a leg exercise, such as walking lunges, you’ll want to do 10 per leg. Perform every move in your workout before resting for as little as possible, up to a minute, before doing another circuit.

Rest for one minute, then repeat the entire circuit two to four times.

Want to tune in your conditioning even more? Read through some of our handy guides.

Learn On How “To Build Massive Abductor And Adductor Muscles” For...

Here Are “The Best Arm Workouts For Size, Strength, Beginners, And...

These Are The 5 Upper Back Moves To Help You Make...