IFBB Pro George Peterson Explains That “The More You Pose, The Harder Your Physique Is Going To Get” 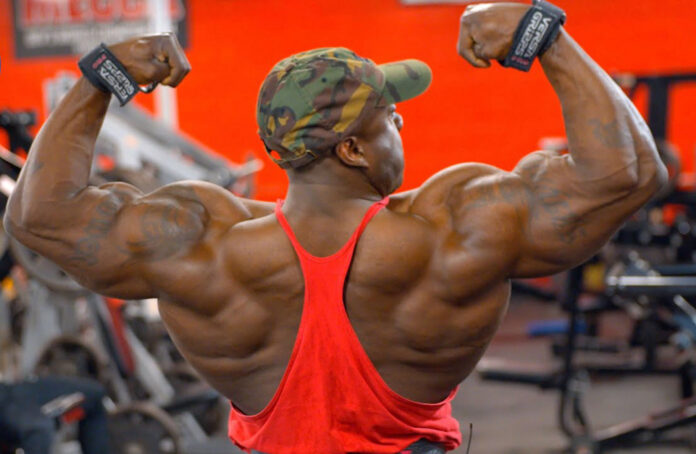 However, it wasn’t an easy ride for George Peterson. When he first began competing in bodybuilding, George Peterson came to the realization he needed to sacrifice his personal life in order to become successful in the sport. Including neglecting friendships with people close to him.

“Furthermore, George Peterson had to completely reshape the way his physique looked once he switched from Open Bodybuilding to Classic Physique division. Needless to say, this was an extremely challenging task”.

George learned to push past all of these difficulties – overcoming every challenge in his way. As a result, becoming one of the America’s finest Classic Physique athletes. 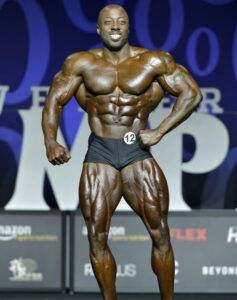 To an outsider, bodybuilding looks very different than other sports. In fact, it looks something closer to a beauty pageant but with muscle. There is no finish line, net, or goal post to score on. It’s judges deciding a bodybuilder’s physique. This has caused some to believe bodybuilding is not a sport. Most pro bodybuilders would disagree with you. A big part of that involves the “hidden” battle and struggle involved with posing on stage. In the latest Exclusive interview With Generation Iron, IFBB Pro George Peterson explains just how intense and valuable posing is during a bodybuilding competition and it MUST make part of the preps.

Posing often gets a bad wrap. Even some competitive professional bodybuilders don’t put a value on posing. That’s because there is so much other hard work and preparation that needs to happen leading up to a bodybuilding show. When people think about bodybuilding, they think about hardcore training in the gym and intense dieting in the kitchen. They think of supplements and (somewhat unfortunately) steroids.

But posing is a huge factor in bodybuilding. While the competition does have some qualities in common with a beauty pageant, there is also nuance happening in every second of a bodybuilder standing on stage. This is all in the posing.

Bodybuilding is not necessarily about having a perfect physique – but creating the illusion of a perfect physique. Learning how to manipulate your body using posing and angles is key to gaining a slight edge on your opponent. Of course, posing is also HARD. That might sound silly – but it’s true.

IFBB Pro George Peterson understands this perfectly. During the interview with Generation Iron, we go into detail about the importance of posing. He discusses how posing on the day of a show can become intense. You’ll have to hold certain poses and flexes for 10 seconds at a time, one after the other. It’s challenging to keep it in full form.

It’s almost like a race. A runner can come out of the gate in the first place way ahead of his competitors. But by the end of the race, he might lose steam, slow down, and fall behind by the time he hits the finish line. This happens in bodybuilding shows. It’s often called fading. After many poses back to back – especially during comparison rounds – a bodybuilder could lose the hardness if they don’t have the endurance to handle long-term posing.

This is where the true sport of the competition comes into play. True fans of the sport can see the drama unfold during posing rounds and comparison face-offs. Unfortunately, the art of posing has lost some of its prominences in the conversation surrounding the sport. There are some bodybuilders who don’t put enough emphasis on preparing their posing before a show.

IFBB Pro George Peterson also discusses how practicing posing can actually help your overall physique. The act of posing and doing it consistently actually helps make your physique harder. It trains your body to master tightening your muscles and your skin. It’s almost like a mini workout in and of itself.

“So practicing posing provides two benefits. It helps condition your body further and also helps you train to best manipulate your physique for competition. If you are confident and masterful of your posing – you won’t worry about fading or being out-posed by someone with a slightly worse physique”.

This really can’t be overstated enough. And George Peterson knows it pretty well.