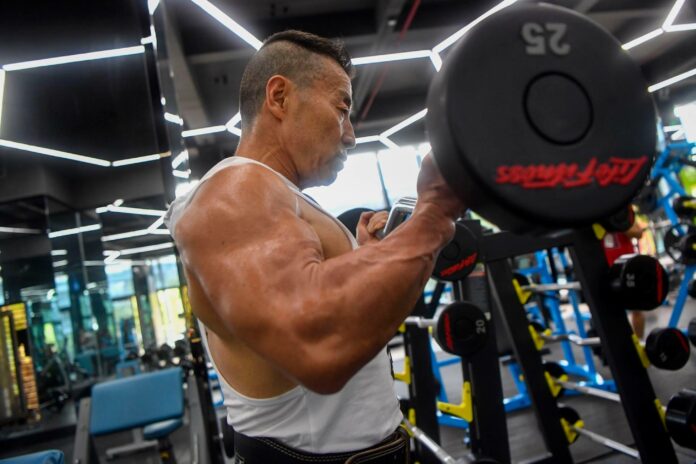 A 72-year-old Chinese bodybuilder claims exercising every day and sticking to a diet plan that includes eating six-to-eight eggs for breakfast are behind his youthful looks.

Bodybuilder Xinmin Yang started bodybuilding in 1984—a year after China lifted a ban on the sport it had introduced in 1953. He says that in the following 37 years, he has exercised daily, which, he says, has contributed to him having normal blood pressure, normal blood lipids, and the bone density of a 30-year-old.

Speaking to Chinese fitness media company Change Production back in 2018, Xinmin said: “The first thing my doctor said was ‘you don’t look a day over 60”.

“Over the years, I have lived a healthy life because of bodybuilding training,” he added.

Alongside Xinmin’s training regime, he also credits the role his diet has played in helping him maintain his youthfulness.

“I’ve been eating like this for almost 10 years,” he said.

Xinmin’s story came to light when a video of him was posted on Reddit, with the caption: “This 70 [year] old man looks like [he’s in his] the 30s after 34 years [of] everyday workout.”

And although it’s undeniable that Xinmin looks amazing for his age, not everyone was convinced he looks like a man in his 30s.

“This is so funny everyone flat out refuses to believe it, that’s the point. He looks incredible for 70,” commented another.

Whether Xinmin looks like a man in his 30s or a fresh-faced quinquagenarian, what is certain is he has no intention of slowing down anytime soon. “Mark my words, I will still be training at 80. Let’s make it 80,” he said. “My bodybuilding friends – see you at 80!” 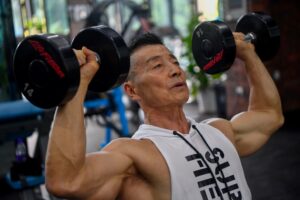 IFBB Pro George Peterson Explains That “The More You Pose, The...