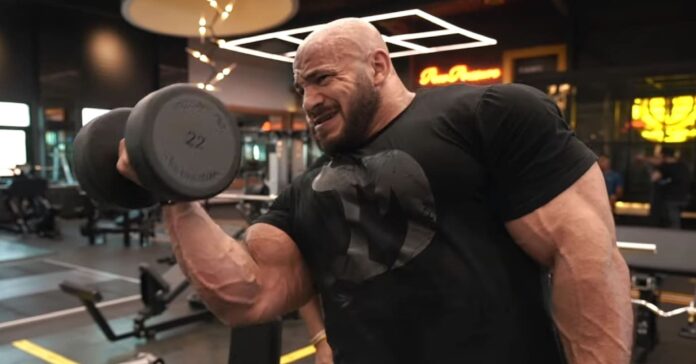 With only a few weeks to go before 2021 Mr. Olympia, the man that currently holds that title is in the final steps of his preparation to repeat. Mamdouh “Big Ramy” Elssbiay has temporarily relocated from his home nation of Egypt to Phoenix, Arizona where he will continue to train with coach and host of The Menace Podcast, Dennis James. On September 7th, James shared a video on Instagram of Big Ramy working through a heavy set of leg presses with 13 45 pound plates on each side of the machine. Reigning O champion Mamdouh Elssbiay is training in Arizona with Dennis James.

The reigning Mr. Olympia also shared the post with his own thoughts within the caption.

“I am back in Arizona and we continue where we left off. The workouts are hard, but I love it and I’m ready to do whatever it takes. Let the fun begin.”

The champion’s stay in the United States is a repeat of the strategy that he used last year. With eight weeks to go before the 2020 Mr. Olympia, Elssbiay relocated to James’ home so he could train and travel to Orlando, Florida with minimal risks of being affected by travel restrictions due to the pandemic. The plan paid off because Elssbiay was able to defeat reigning champion Brandon Curry as well as seven-time Mr. Olympia Phil Heath to become the 16th winner of bodybuilding’s biggest title.

Nutritionist Chad Nicholls fired a warning shot to the rest of the field recently when he shared a photo of Elssbiay’s back at a reported weight of 332 pounds. He was reported to be eight weeks out from Olympia at the time the photo was taken.

Elssbiay, along with James and Nicholls, are hoping that their collective efforts in America will help him become the first champion to defend his title successfully since Heath ran off seven consecutive titles from 2011 to 2017. If he is to do it, he will have to hold off the challenges of Curry, Hadi Choopan, and William Bonac among other contenders. The Mr. Olympia contest will be held Oct. 7-10 at the Orange County Convention Center in Orlando, FL. For more information and tickets, go to www.mrolympia.com. 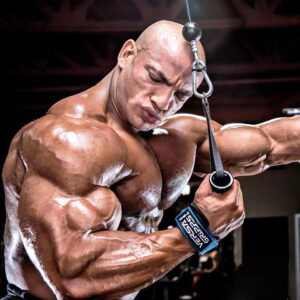 Scientific Studies Reveal “That Lifting Weights Offers No Benefit At All”...