How To Develop Your “Pectoral Muscles”, Increase Size And Build Strength 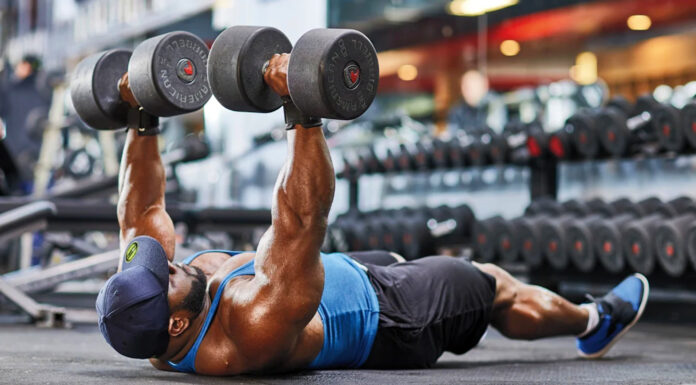 The chest muscles could be considered a defining part of strength anatomy. They are involved in actions such as squeezing a set of loppers to cut a tree branch and pushing a door open. They are also the primary muscles referenced when debating upper body strength.

For bodybuilders and those interested in general muscular aesthetics, the chest muscles are the defining part of muscle mass. Powerlifters rely on them for the bench press to score the greatest lift.

But these muscles are also incredibly important from a functional standpoint because they support the movement of the arms.

A number of studies examining perceived attractiveness found that a low waist-to-chest ratio was rated as the most attractive physical feature on males. This is when a person has a narrower waist and broader chest.

But gender-specific beauty standards aside, everyone can benefit from strengthening the chest muscles — whether your goal is to have sculpted pecs or simply to be able to play Twister with your kids on the living room floor.

What are the muscles of the chest?

There are three primary muscles that make up the chest:

A lesser-known muscle in the chest is called the subclavius. It is a smaller accessory muscle primarily involved in respiration (breathing).

“The pectoralis major is a unique muscle because it has two heads — the clavicular head and the sternocostal head. These are antagonistic to each other, which means that as one contracts, the other relaxes”.

The clavicular head flexes the humerus, or upper arm bone, by raising your arm in front of you. It also adducts the humerus — which means it brings the arm inward toward the body’s midline — and assists in the internal rotation of the same bone.

The sternocostal head, on the other hand, brings the arm down from a forward or flexed position. It’s also involved in movements such as horizontal adduction (as if you were bear-hugging someone) and internal rotation of the humerus.

The pectoralis minor’s job is to stabilize the shoulder blade by pulling it forward and down against the rib cage — an action known as protraction of the shoulder blade. It also assists with shoulder stability and respiration.

“The serratus anterior has a sawlike origination on the outside front of the first through eighth ribs and ends on the medial border of the shoulder blade (closest to the spine). It pulls the shoulder blade around the ribs to prevent scapular winging, providing stability to the shoulder during pushing movements”.

If you are trying to find out how to increase chest size and strength you have landed on the right page. Read it below.

A bigger and stronger chest is desired by many, especially men, and it is a good idea to look up to some of the stronger-looking athletes out there to know their secret. Check out the tips and tricks from Terron Beckham.

Terron Beckham is the cousin of NFL football player Odell Beckham Jr., commonly known as OBJ. Terron has gathered a prestigious presence online with more than half a million people following him on Instagram and around 360,000 people subscribed to his YouTube channel.

As expected, he has massive pecs. Following him on his chest and shoulder workout day, you can find out his tips on how to increase chest size and strength. And as you might have guessed, it’s very much focused on the bench press.

How to Increase Chest Size and strength

The one-rep max is the maximum weight you can lift one time with proper form and technique. Beckham says that he is always trying to work towards his 1RM.

That does not mean he does it every time is chest day, but he builds up towards reaching his 1RM which, for him, is around 500lb.

A drop-set is a technique in which you perform the same exercise and with each following set you drop the amount of weight you previously lifted. This way you can exhaust your muscle even more and put them under tension when you thought you couldn’t lift any more weight.

AMRAP is common in the CrossFit world and it stands for As Many Reps (Rounds) as Possible. Within a certain time period, you should perform as many reps of a specific exercise as you can.

This tactic is another way to exhaust your chest muscles. However, it is not advisable to do it with difficult compound movements, but rather something more simple such as an accessory exercise or isolation exercises for the chest.

Mix Between Barbell and Dumbbell

According to Beckham, if he does a flat bench press with a barbell, when he moves to focus on his upper chest with the incline bench press he chooses the dumbbell.

“I think shoulder press is a really easy way, if you don’t do it enough, to get your bench [press] up, so definitely add that in.”

Beckham finished his workout with lateral raises. Although it is not an exercise that will target your chest, it will help improve your shoulder strength, aiding to visually make your upper body bigger and stronger.

“If you want to activate more of your delts, do the bent-over variation of lateral raise, Beckham says. For a bigger challenge, you can hold the dumbbells at all times in between sets, not letting them drop on the floor”.

Read More: How to Build a Bigger Chest at Home in 30 Days 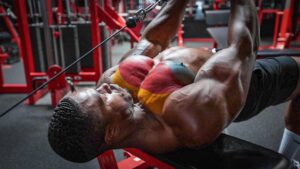 The 12-Week Workout Designed To Boost Fat Loss and Get Muscle...

The “5 Best Effective And Simple Upper—Body Strength Routines” You MUST...

4 Moves to Tighten Your Glutes

This “5-Minute Abs Workout” Will Torch Your Core In The Best...