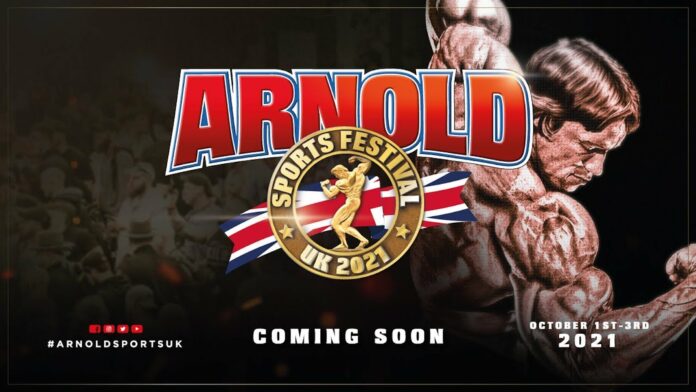 In the summer late of 2020, the Arnold Sports Festival USA announced that it was postponing its 2021 edition due to the COVID-19 pandemic that devastated the sport worldwide. That specific Arnold Sports Festival event has yet to announce official dates for 2021. However, some exciting news has emerged this week. On March 14, 2021, Eddie Hall — the first man ever to deadlift 500 kilograms in his career, has announced on his Instagram account that the Arnold Sports UK event would be hosting the first “Arnold Classic UK” contest this fall — a bodybuilding show and Mr. Olympia qualifier (for 2022) in Florida, United States of America.

“Proud to announce that the Arnold Classic UK bodybuilding competition is coming to the Arnold Sports Festival UK. What an amazing event this is going to be,” Hall wrote in his Instagram post.

The 2017 World’s Strongest Man is one of the promoters heading up the big festival for his home country. According to the Arnold Sports Festival website, the contest will occur during the weekend of Oct. 1-3, 2021, in Birmingham, United Kingdom. A source close to Arnold Schwarzenegger confirmed these dates.

The Arnold Classic UK is sanctioned by the IFBB Professional League and NPC Worldwide respectively. The promoters of the bodybuilding contest, besides Hall and Schwarzenegger, will be a “2 Bros Pros Events”. They shared their own statement and confirmation of the show as well.

“This event brings an opportunity of a lifetime to all levels of athletes from beginners to the more experienced,” 2 Bros Pros Events wrote. “With Arnold presenting the winner’s trophies, this change can’t be missed. Whether you’ve never competed before or are a seasoned competitor, this prestigious event will be the most epic weekend the fitness industry in Europe has ever seen!”

“Amateurs will also have a contest at this event, with the winner earning IFBB Pro League status. This means that the winner of the amateur contest can immediately take part in the professional contest on that same weekend”.

As for the Arnold Classic USA contest, preliminary hopes are that it can be set for September 2021 in Columbus, Ohio. There is still no official word on when that event will take place as of this writing. The Arnold Australia, Arnold South America, Arnold South Africa events also are waiting to confirm their event for later this year. Hopefully, The Arnold Classic Festival can confirm scheduled dates soon so that Athletes can have enough time to get ready for those amazing upcoming shows. They’re worldly very exciting events. 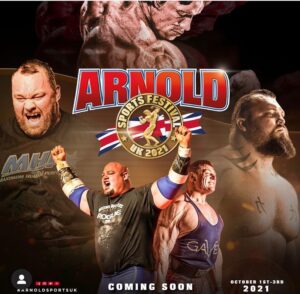 Facebook
Twitter
Pinterest
WhatsApp
Linkedin
ReddIt
Email
Previous article
Research Study: “When And When Not to Lift Light Weights vs Heavy Weights” – According To Certified Strength Coach
Next article
Back Development: Build Back Strength, Mass, And Size With “Bent-Over Barbell Rows”