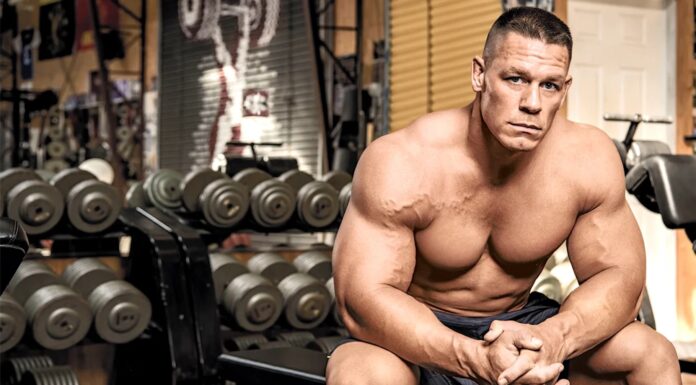 For many people, movies may seem anathema to exercise. And, in many cases, they may well be. But certain movies–including the ones listed below–can actually inspire and motivate you to get up off the couch after watching, and get in shape.

A small-time, working-class boxer struggles to be a contender in the big-time worlds of professional boxing and love. As almost anybody knows, the film became such a sensation–and Rocky Balboa the eternal icon of underdogs–that it spawned a franchise of six films in total plus the spinoff trilogy (so far) Creed. The fight scenes are gut-clenching, nail-biting, and hair-raising, even if you already know how they end. And the soundtrack to the famous training montage–“Gonna Fly Now” by Bill Conti (otherwise known as “Rocky’s Theme”)–has already found its way onto the workout playlists of generations of aspiring contenders in their own rings.

Lines like “Wax on, wax off” and terms like “Daniel-san” have become immortalized in our cultural cache, but if you haven’t actually seen the movie that spawned them, then you still don’t quite grasp the power with which they resonate. Daniel(of the “-san”) is a bullied teen who seeks the aid of a retired karate master with unconventional teaching methods to mentor him in what he thinks is to fight back but actually turns out to be confidence, a sense of self, integrity and personal power.

One of the original films that inspired people to get physical, this unlikely love story finds an aerobics instructor and a reporter writing a story on health clubs at odds. What starts as an attempt to expose fitness clubs as nothing more than pick-up joints turns into a steamy love affair and a burning moral dilemma. Where most films on this list inspire and motivate by presenting the struggles and triumphs of pushing your body and will to the limits, this one does something just as motivating–showing you where all the hot, hard bodies looking for other hot, hard bodies are at. It’s all in the name.

If you love to challenge yourself and you haven’t yet experienced military boot camp, after this film you’ll feel like you did. Taking its audience through the paces with its characters, you can‘t help but wonder whether you would make it, how far you’d get before giving in or if you’d surprise yourself with how far past your limits you could really push yourself. Oh, and of course, it’s also got the horrors and brutalities of war mixed in–but that’s to be expected.

Picture this: you’re a Jamaican who’s never seen snow. So, it’s only natural you’d want to become an Olympic bobsledding champion, right? Maybe not, but that’s exactly what four actual Jamaican athletes decided they would do. This Disney film “Inspired by the True Story of the First Jamaican Olympic Bobsled Team” is a stark and inspiring reminder that you don’t have to look like anyone expects you to look or come from where anyone expects you to come from to pursue your own vision of greatness. In other words: it’s a Disney movie about sports–which makes it heartwarming and uplifting in all the right ways.

Who says athleticism is all about waging battle on the field or the court? How about displaying grace, poise, and elegance on the dance floor? Like many films on this list, the one is also about defying convention and will have you on your feet before the credits even roll. Uniquely, however, it’s not about sports; it’s about dance. The hero is a child. And the inspiring soundtrack is more than the background.

A common theme in many of the best movies about sports and physical achievement is overcoming expectations (societal, familial, personal, etc.) to pursue one’s dreams. In Bend it Like Beckham, you see several expectations thrown at the main character at once: she’s the child of a strictly traditional Indian family and a young woman–with both “young” and “woman” being operative words there. In other words, there’s nothing in Jess Bhamra’s life that validates her dream of soccer stardom other than exceptional skill, an unlikely ally, and sheer force of will.

No, it’s not a female Rocky (though it wouldn’t be a crime if it was.) This future classic in its own right–and Best Picture winner–is as much about the bond between athlete and trainer as it is about the will and drive to succeed and the struggles of being a woman in a man’s world, an old man in a young man’s world and a poor person in a rich man’s world.

When a Caucasian high school track coach discovers that his predominantly Latin American students can really burn rubber, they learn together to confront their differences and find their common humanity in the competitive spirit, the love of family, and the will to win.

Stream McFarland, the USA on Disney+ 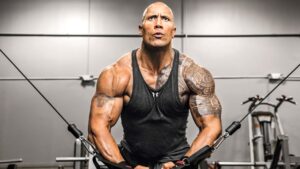